The Walking Dead may have finally ended with its eleventh and final season, but the franchise is still far from over. Fans are already getting sneak peeks at the various spinoff series that promise to keep the post-apocalyptic world alive for many years to come.

As fans mourn the loss of the flagship series, many are looking back at the iconic characters that made the show such a success. Each main character in the series is complex and compelling but can be explained through a single quote that betrays their true nature.

In the penultimate episode of The Walking Dead‘s fifth season, Rick Grimes drew a line in the sand between the Alexandrians and his own group of survivors, claiming that he and his friends are “the ones who live.”

Rick Grimes delivered many chilling lines during his time on The Walking Dead, but this is one of the most memorable by far. While its meaning grew and changed over time, Rick still considers his closest loved ones to be the ones who will beat this world once and for all, with these words even acting as his final line in the series finale.

“We Have To Choose To Be The Good Guys.”

After Rick’s disappearance, Michonne became the de facto leader of Alexandria, taking on a responsibility like she never had before. During this time, she comes to realize a very important fact of life in the post-apocalyptic world: that one must choose to be good.

It is far too easy for survivors in the zombie-infested world to become callous and even malevolent toward their fellow humans. Michonne herself struggled with this concept until making the conscious choice to be one of the good guys. This is a choice that will no doubt follow her when she next appears alongside Rick in their upcoming TWD spinoff series.

“I Don’t Want To Be Afraid Of Being Alive.”

Like many of the characters at the outset of The Walking Dead‘s fourth season, Maggie Rhee allows herself to imagine what the future could be like despite the world outside the prison’s walls. Renewed with a resolve to make that world her own, she declares that she isn’t interested in living in fear.

At this point in the series, Maggie had no idea the pain she would endure in the next few years. However, no matter how much trauma she faced, she always found a way to stand taller than ever before, unafraid even in the darkest times.

“Nothing Can Take The Place Of Someone You Love…”

“Nothing can take the place of someone you love being gone. But that doesn’t mean that everything that follows is gonna break your heart.”

After Rick and Michonne’s departures from The Walking Dead, Daryl Dixon becomes Judith’s caretaker, watching for his friends’ child while they are gone. In the penultimate episode of season 10, Judith expresses her fear that she will one day lose him too, to which he replies that loss is permanent — but the heart always finds a way to heal.

This quote is remarkably eloquent for Daryl, a man of few words, but they ring true of his experience on the series. Despite losing so many people whom he held dear, Daryl never allowed himself to remain broken, eventually passing on this wisdom to Judith.

“You Fight It… And Then, One Day, You Just Change.”

By the time she met Lizzie Samuels, Carol Peletier had resolved to teach the children of the new world all the skills they would need to survive. She relays her own methods of survival to Lizzie, telling her that she must keep fighting fear until she is no longer afraid.

Carol’s world perfectly illustrate her own character development throughout the series. When the audience first meets her, she is helpless and afraid, but she gradually learns to fight, becoming one of the bravest and most fearless members of the group.

“You Honor The Dead By Going On…”

“You honor the dead by going on, even when you’re scared. You live because they don’t get to.”

Glenn Rhee was one of the most beloved leaders in The Walking Dead, in part due to his love for those around him. In season 6, Glenn remarks to Enid about the loved ones he had lost, telling her that the key to honoring the dead is to go on living.

Of all the core characters in The Walking Dead, Glenn is the one who held on to his humanity the most, refusing to let those who died leave his memory or his heart. Everything Glenn did was in honor of those who fell along the way, and when he himself died, his loved ones would carry on his memory in turn.

“You All Are Better Than Me…”

“You all are better than me. And if you think I don’t know that, then you haven’t been paying attention.”

Negan’s post-Savior War arc involved a long road to redemption for the former post-apocalyptic dictator, who began to see the errors of his leadership style while living with the Alexandrians. In the penultimate episode of the series, Negan has a heartfelt conversation with Ezekiel, in which he admits that his former enemies are indeed better than him and, as a result, everything he does is to prove that he can be better.

Although audiences hated Negan upon his arrival, wherein he brutally murdered Glenn and Abraham, it is difficult not to see the fruits of his redemption in the show’s final episodes. The reformed villain truly sought to change his ways and, in the end, becomes one of the most important characters in the group.

“Sometimes Kids Got To Show Their Parents The Way.”

The season 8 episode “The King, The Widow, and Rick,” is one of the best final TWD character episodes, as it depicts Carl Grimes approaching the end of his life. Not yet revealing his mortal wound, Carl attempts to restore the humanity that his father had sacrificed in order to fight Negan and the Saviors. In a conversation with Siddiq, Carl remarks that children must sometimes show their parents the right path.

Though Carl himself had his moral ups and downs, by the end of his time on the series, he had fully embraced his altruistic, human side. As a result, his arc became about restoring his father’s own goodness and, in death, he was able to do exactly that.

“All Life Is Precious”

After an extended leave of absence from the series, Morgan Jones returns in season 5 with a brand new philosophy on life. When he meets Daryl and Aaron on a recruitment mission, he remarks that he no longer takes human lives, claiming that “all life is precious.”

This line would later be revealed to be the motto of Morgan’s mentor, Eastman, who helped bring him back into the light after his son’s death. Although Morgan would struggle to maintain this philosophy in future seasons, the idea of all life being precious is something that he has never forgotten.

“Make Sure You’ve Got Something Worth Dying For.”

Rosita Espinosa was never one to go down without a fight, something which her friend Eugene didn’t fully understand. In her attempts to build Eugene’s bravery, Rosita remarks that everyone will die someday and that the important thing is for them to be sure that they die for a just and worthy cause.

Rosita lived by this philosophy, always ready to lay down her life for what she believed in. In the series finale, she made good on her promise, sacrificing her own life for that of her child. With Eugene beside her, Rosita died, never once doubting that she had made the right decision. 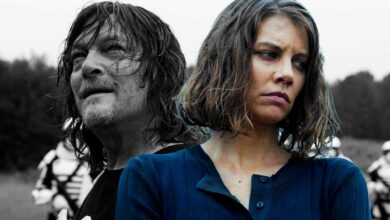 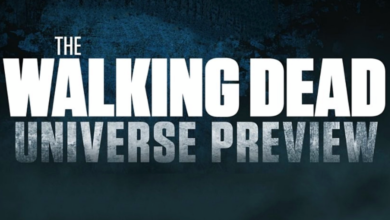 When and Where to Watch The Walking Dead Universe Preview 2022 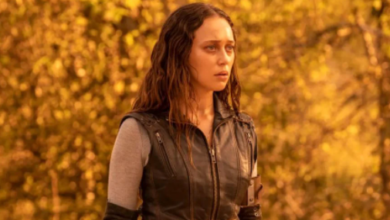 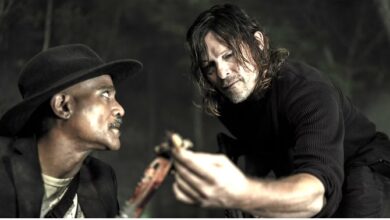