In the first big bold move by the new heads of DC, James Gunn and Peter Safran, Deadline has confirmed that they’ve put the kibosh on Patty Jenkins’ treatment for Wonder Woman 3. The filmmaker was expected to hand in a screenplay, we understand, and instead the new bosses got pieces of paper that just weren’t suitable.

All of this goes down a day after a curious tweet from Wonder Woman star Gal Gadot, who thanked fans and told them, “Can’t wait to share her next chapter with you.”

It’s an obvious sign that Gunn and Safran are wanting to start anew, and clear the Warner Bros. decks of the previous Zack Snyder-designed DC franchises. What’s next? A complete recasting of key DC superheroes? That said, the duo haven’t made it known to studio insiders what their grand design is for other DC characters. This take on Wonder Woman 3 just wasn’t suitable at this time

One source close to the situation told Deadline that Jenkins could very well hand in another take on the superhero, but it’s not evident that will happen.

There was loose talk out there that talks broke down with Henry Cavill to reprise his Superman role, despite his Instagram announcement to return before Safran and Gunn took the top job, but there’s no script or director or greenlight for that the next Man of Steel movie. There are staffers at Warners who remain in the dark as to what Gunn and Safran’s grand design is, but they’re focusing squarely on story and how the movies will interconnect with TV series.

Wonder Woman 3 was promptly announced in the wake of the theatrical day-and-date bombing of Wonder Woman 1984. Warners held the movie through the pandemic but decided to go theatrical and on HBO Max at Christmas 2020 as the first title in the Jason Kilar-run WarnerMedia HBO Max dynamic window experiment. While the first Wonder Woman in 2017 was a box office revolution for a movie directed by a female, earning over $822M, the sequel was greatly panned at 58% Rotten on Rotten Tomatoes and a B+ Cinemascore to the first chapter’s A. This despite the fact that it was shackled at the box office by major markets LA and NYC cinemas closed due to Covid. Wonder Woman 1984 made under $170M WW, with under $47M stateside.

Jenkins said at the first CinemaCon that returned from Covid in August 2021 that the day-and-date of Wonder Woman 1984 was “the best choice in a bunch of bad choices at the moment” and a “heartbreaking experience.”

“I don’t think it plays the same on streaming, ever,” she said at the time, “I’m not a fan of day-and-date, and I hope to avoid it forever.”

Meanwhile, false media reports headlined that Black Adam was a big money loser. Deadline learned that the pic is going to be in the black a bit, though it wasn’t the big winner many were expecting. No word whether a sequel or a Hawkman spinoff movie will happen, despite the intentions for them. 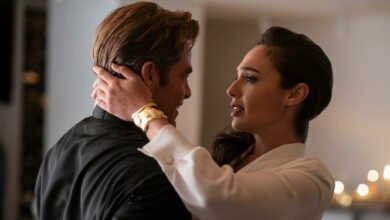 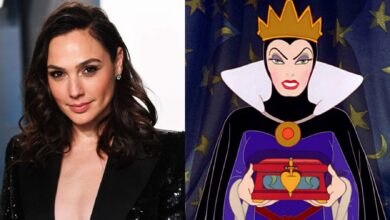