From starring in mega hit movies to playing a destructive drug addict to a cowgirl whose husband is hiding a secret love affair, Anne Hathaway has been a high-profile Hollywood princess for more than two decades.

To celebrate her 40th birthday, Variety took a look back to rank the Oscar-winner’s 12 best film performances to date.

Born in Brooklyn and raised in New Jersey, Hathaway made a splash from the start. After a brief stint in the ensemble of the Fox family drama series “Get Real,” things took off for Hathaway in 2001 thanks to the verve she brought to her portrayal of Mia Thermopolis, the heir to the throne of Genovia in Garry Marshall’s “The Princess Diaries.” Hathaway burst off the screen like a breath of fresh air, holding her own against the legengary Julie Andrews. “Princess Diaries” went on to gross over $160 million at the global box office and spawned the 2004 sequel “The Princess Diaries 2: Royal Engagement,” also with Andrews and directed by Marshall.

A star had indeed been born.

From her royal debut, Hathaway went on to star in comedies such as Madeline Bray in the Charles Dickens’ adaptation of “Nicholas Nickleby” (2002) and playing the titular character in the fantasy feature “Ella Enchanted” (2004).

When she was cast as Lureen Newsome in Ang Lee’s cowboy love story “Brokeback Mountain” (2005), she showed she had chops beyond rom-com cute. The industry knew Hathaway was going to be a force who helped define her generation of actors.

She moved on to another box office and critical smash, “The Devil Wears Prada” (2006) opposite Meryl Streep. Two years later she tuned up her comedy chops with no less a master of upscale slapstick than Steve Carell in “Get Smart” (2008).

That same year, Hathaway also saw her profile soar among actors with her tour de force as a drug addict just out of rehab who returns home for her sister’s wedding in “Rachel Getting Married” (2008). Her work in the searing Jonathan Demme drama proved she was one of the industry’s most technically gifted performers. She earned her first Oscar nomination for best actress for the film, which paved the way for her musically brilliant Fantine four years later in Tom Hooper’s “Les Misérables” (2012). Playing opposite star Hugh Jackman, she made the most of her minimal screentime, and belted the memorable “I Dreamed a Dream” in a one-take sensation that cemented her place in Hollywood. For that, Hathaway collected the Oscar for best supporting actress.

Since then, she’s been cast in acclaimed features such as “Interstellar” (2014), the spinoff “Ocean’s Eight” (2018) and most recently, as mother Esther Graff in James Gray’s childhood drama “Armageddon Time,” which has earned her praise.

Next on the docket for Hathaway is a slew of interesting projects including “Eileen” opposite Thomasin McKenzie, “She Came to Me” alongside Marisa Tomei and “The Idea of You” from director Michael Showalter.

Here’s Variety’s selection of Hathaway’s 12 best movie performances, along with clips from each film that highlight the essence of her talent.

The scene that proves it: “Somebody to love.”

As our alluring heroine, Hathaway endures with a jovial spark that keeps the sweet Tommy O’Haver-directed family film bearable for the adults taking their children. Also displaying wonderful chemistry with Hugh Dancy, she brings Ella to a snarky, tomfoolery place where she can keep the audience laughing and her fans enchanted.

The scene that proves it: “Ooops.”

Listen, I know that the insertion of Selina Kyle, as played by Hathaway, is widely considered by fans to have not been the smartest move for “The Dark Knight” trilogy, especially after coming off the masterful 2008 sequel that won Heath Ledger a posthumous Oscar. However, even when Hathaway is “wrong” for the part, she makes sure she does everything right. From a sexy one-line zinger to Christian Bale saying “oops” to a calculated approach to her perch on the Bat-Cyle, her action genre work has hardly ever disappointed.

Writer(s): Douglas McGrath (based on “The Life and Adventures of Nicholas Nickleby” by Charles Dickens)

The scene that proves it: “Every good thing has been a trick until you.”

Sporting a British accent, Hathaway is among an all-star cast of actors including Charlie Hunnam, Jim Broadbent and Jamie Bell in the adaptation of the Charles Dickens classic. Coming one year after her breakout “The Princess Diaries” (2001), Hathaway displays a quintessential manner to deliver these lines. She inhales the oxygen in every scene as she exhales Douglas McGrath’s romantic dialogue. Here she gives us a glimpse of how easily she can understand a character’s depth of emotion.

Writer(s): Charles Randolph, Edward Zwick, Marshall Herskovitz (based on “Hard Sell: The Evolution of a Viagra Salesman” by Jamie Reidy)

The scene that proves it: “Actually, this me being nice.”

Not everything comes together in Edward Zwick’s love story about two people battling their professional and mental relationship with the drug industry. One thing is certain, however, Anne Hathaway and Jake Gyllenhaal’s chemistry is electric, and she leaves nothing behind in her tender performance as a woman battling Parkinson’s disease. She was nominated for a Golden Globe for best actress in a comedy or musical, but her commitment in this film is anything but funny.

The scene that proves it: “Hi Daph, welcome to the team…let’s not all high-five at once.”

Thanks to Variety’s Matt Donnelly, this is the most recent watch of Hathaway’s previous films I popped in before making this list, in what he calls, “her very best work.” Obviously not the top (at least in this list), but definitely her smoothest transition into a wicked go-for-broke comedic role. In a film that also stars Cate Blanchett, Rihanna and Sarah Paulson, she’s the clear standout, especially in her “welcoming to the team” sequence.

Writer(s): Aline Brosh McKenna (based on “The Devil Wears Prada” by Lauren Weisberger)

The scene that proves it: Getting a makeover.

While many cite the bravura performances of Meryl Streep’s fashion editor Miranda Priestly and Emily Blunt’s secretary Emily as the standouts of David Frankel’s comedy, Hathaway is not to be ignored for all that she delivers. That includes excellent chemistry opposite Stanley Tucci. Her smart and sharp line interpretations are supremely orchestrated. She’s thoroughly enjoyable and as always holds her own against top-tier thespians.

The scene that proves it: Raising her arms at the playground.

It’s so weird, it works. Hathaway’s mystifying performance as Gloria, an unemployed alcoholic writer who manifests a giant creature in Seoul, is quietly, one of her finest. Laying somewhere in between “Lost in Translation” and “Ex Machina,” artful performances in science fiction films get overlooked too often. That’s definitely the case here with Hathaway. You don’t need $100 million in special effects. You only need a clever script, and an actor like Hathaway, who makes raising her arms in the middle of a playground look like a Michelangelo.

The scene that proves it: “Get in touch with his folks…”

I have to admit that at the time of Ang Lee’s romantic drama’s release, Hathaway’s role didn’t sit well compared to what her fellow actors were doing in the movie. The beauty of time has now shined a light on how integral she is to the story in critical scenes. Particularly in her first meeting with Jake Gyllenhaal’s Jack Twist after the rodeo and her shattering phone call with Heath Ledger’s Ennis at the end of the film. Lureen’s role helps us appreciate the magnitude of Jack and Ennis’ love story.

Writer(s): Tom J. Astie, Matt Ember (based on “Get Smart” by Mel Brooks and Buck Henry)

The scene that proves it: “That was my last mile…”

Charm and chemistry are on display with Steve Carell and Anne Hathaway in this hilarious adaptation of the classic television series. While flirting with the bones of a “Naked Gun” series, Hathaway doesn’t just take the backseat as Agent 99, who undergoes a heavy cosmetic change. She steps into a role that exercises strength and perfectly contrasts Carell’s dimwitted Maxwell Smart. Hathaway’s Agent 99 becomes the true hero of the caper.

Writer(s): William Nicholson, Alain Boublil, Claude-Michel Schönberg (based on the stage musical “Les Misérables” by Boublil and Schönberg and the novel by Victor Hugo)

The scene that proves it: “I Dreamed A Dream”

In an all-star cast that includes Hugh Jackman, Amanda Seyfried and Eddie Redmayne, Hathaway’s devastating portrayal of Fantine ushered her into new heights of her career. ” Her Oscar win for best supporting actress was utterly deserved. She secured with her performance in the lusciously orchestrated scene with Fantine’s signature song, “I Dreamed a Dream.” The way she bites down on the final note of “dream” is the gravy on this already delicious feast.

Writer(s): Gina Wendkos (based on “The Princess Diaries” by Meg Cabot)

The scene that proves it: “Me? A princess?”

Full of comedic beats and memorable one-liners, it’s impossible not to remember the first time we laid our eyes on the greatness that is Anne Hathaway. A cult classic, and not just for young girls, Hathaway’s star-making role has her standing assertively toe-to-toe with Julie Andrews in this Cinderella-esque fantasy.

The scene that proves it: “Did I sacrifice every bit of love in this life because I killed our little brother?“

The intimacy of Jonathan Demme’s masterful drama is deeply profound, and Hathaway is perfectly akin to the pain that lies deep within Kym. As we look at the struggles with grief and addiction through her eyes, after killing her younger brother in a crash in her teens, there’s no better display of Hathaway’s mastery of emotions — careering from tears and anguish to manipulation and influence — in order to demonstrate her considerable acting skill. Her performance earned her an Oscar nomination and a host of other recognition at this inflection point of her incredible career. 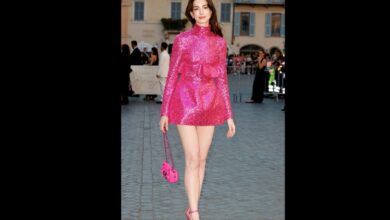 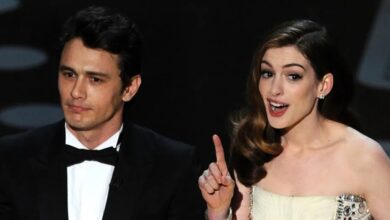 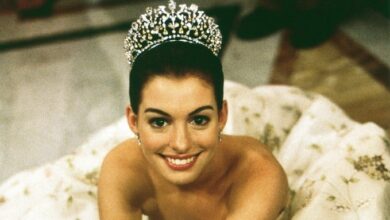 ‘Princess Diaries 3’ in the Works at Disney, Anne Hathaway Not Yet Confirmed 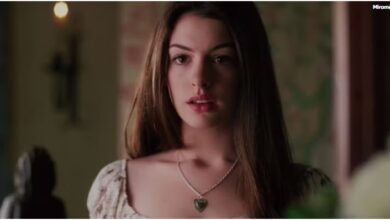