Proud mama! Ever since she welcomed her daughter in 2014, Scarlett Johansson has been honest about her journey as a mother and the obstacles that come with it. Johansson and Romain Dauriac started dating in 2012 and later got engaged in September 2013. The couple welcomed their daughter, Rose, the following year before tying the knot in 2014. A few months after giving birth to her daughter, the Marvel star opened up about their instant bond. “It’s wonderful. It’s very, very magical — and exhausting,” Johansson told Barbara Walters during an ABC special in December 2014. As Johansson adjusted to being a mother, she talked about how her career has improved since her little one’s arrival. “I think having any kind of huge life-changing event happen to you, such as having children … is very, very inspiring. I think it will hopefully enrich my work, as well as my understanding of myself,” the Jojo Rabbit star told the Australian Daily Telegraph in April 2015. Although Johansson was enjoying motherhood, the New York native later admitted that she was struggling with her work and home balance. “I think you always feel a little bit of guilt,” she discussed with Entertainment Tonight in February 2017. “If you’re at work, you feel like you’re missing out on those special moments with your kid. If you’re with your kid, you feel like you’re not giving enough to your job. It’s a balance.” She continued: “I don’t profess to know anything about parenting, anything more than anybody else, [but] being a working mom is an incredible challenge, [and] it’s an incredible gift. Us Weekly confirmed in January 2017 that Johansson and Dauriac split after two years of marriage. Following her divorce from Dauriac, the Tony award winner got honest about parenting alone. “I felt in the past – there’s such a loneliness to being a single parent. Obviously, it’s a lot of different things at once, but there can be a loneliness and this constant feeling of doubt, that you don’t know what the hell you’re doing and you don’t have anyone else to bounce it off of,” Johansson revealed to USA Today in October 2019. “You maybe have doubts about your life: ‘How did I get here?’ It’s not all the time … but those moments creep in, and they creep in at weird times.” Johansson, for her part, moved on with Colin Jost in May 2017. The pair got married in October 2020. A source previously revealed to Us that the comedian has a wonderful bond with Rose. “Colin is a great father figure for Rose,” an insider exclusively told Us in November 2019. “He loves playing with her and she is obsessed with him.” In August 2021, Us confirmed that the pair were expecting their first child together. Jost announced the news during a stand-up set in Ridgefield, Connecticut earlier that month. “We’re having a baby,” he said during the show. “It’s exciting.” The following day, Us confirmed that the couple’s first child had arrived. Scroll down for all the moments that Johansson reflected on motherhood over the years: 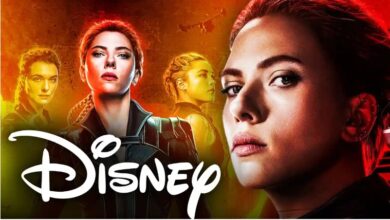 Scarlett Johansson Will Forever Be The Sexiest Woman Alive, Pictures Are A Proof 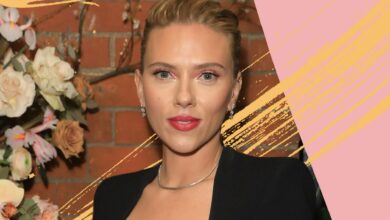