Priyanka Chopra is a global icon! The actress, who made her Bollywood debut in 2003 with The Hero: Love Story Of A Spy, has come a long way in her career. She has been a part of international projects that include the series Quantico, and the science fiction film The Matrix, among others. She will soon be seen in Citadel, which is produced by the Russo Brothers. In a recent interview, PeeCee was asked how it feels working with the biggest names in the world. In response, she said that working with the best filmmakers has taught her how to be the best actor. She further talked about how actors are given way too much credit, and that their job is just to infuse life in a script.

Priyanka Chopra says actors are given too much credit

In an interview with Janice Sequeira, Priyanka Chopra said that working with the biggest names in the world gives you the ability to take chances. “This doesn’t have to do with just working with the best in the business in the States. Even when I was working in Bollywood, working with the best filmmakers taught me how to be the best actor. We give too much credit to actors; actors do nothing by the way. We really don’t. I’ve always said this. Actors do nothing,” said Priyanka. Further elaborating on it, she said that actors work on a script written by someone else, and dance to steps choreographed by someone else.

She further added that as an actor, her job is to take what is written in a script and infuse life into it. “So my job only comes in between action and cut. Those 30 seconds of a scene, is where I come in. And then when I talk about the movie etc. So I have a very limited role.” Despite that, she added that the pressure is intense, which is why very few people can do it. However, she admitted that it ‘takes a village’ to make the actors who they are.

On the work front, Priyanka Chopra will next be seen in Prime Video’s Citadel, which is produced by the Russo Brothers. She also has It’s All Coming Back To Me, and the Bollywood movie Jee Le Zaraa, alongside Katrina Kaif and Alia Bhatt in the pipeline. 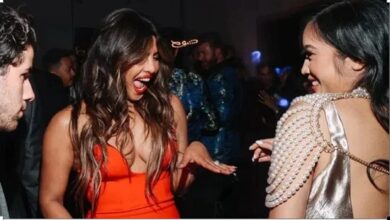