Priyanka Chopra and Nick Jonas featured together in new photos from their friends’ wedding party. Check out the post here.

Actor Priyanka Chopra and her husband-singer Nick Jonas recently attended the wedding of their friends in Texas. Now, the bride Connie Cheng has shared several new pictures from her wedding party. Taking to Instagram, Connie posted a string of pictures which also featured Priyanka. (Also Read | Priyanka Chopra shares inside pics of all the fun she had with Nick Jonas at friend’s wedding)

In one of the photos, Priyanka and Connie walked arm in arm, as they exited a room. While Priyanka looked sideways, Connie smiled for the camera. In another picture, Priyanka danced with Connie as Nick Jonas stood near them. In the photo, Priyanka laughed as she held a lightsaber while Connie smiled. Nick looked at them as he held a drink.

For the occasion, Priyanka wore a red gown and heels while Nick opted for a grey suit. Connie was dressed in a silver outfit. Sharing the pictures, she wrote, “Celebrating with champagne in champagne. #CHENGINGTOPOWELL.”

Nick and Priyanka shared pictures from the wedding on Instagram, earlier this month. Nick posted the pictures and wrote, “Congrats to Connie and Jesse on a beautiful wedding! Thank you for letting us be a part of your day.”

Priyanka also posted several photos with Nick, the newlywed, and their friends. The actor captioned the post, “To witness the beautiful union of 2 wonderful people always gets me. Connie and Jesse your love is so beautiful. May you always have joy and happiness in your life. Thank you for inviting us to be a part of it. Also @tialouwho and @cavanaughjames damn! I missed y’all! #chengingtopowell.”

Fans will see Priyanka in It’s All Coming Back To Me. She will also feature in the series Citadel, produced by Russo Brothers. It will hit the OTT on Prime Video. The upcoming sci-fi drama series is being directed by Patrick Morgan and stars Richard Madden alongside Priyanka. She also has Farhan Akhtar’s Jee Le Zaraa with Alia Bhatt and Katrina Kaif. 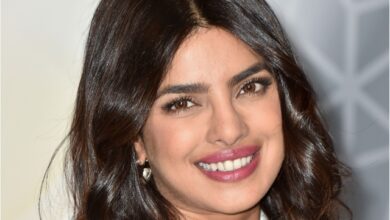 Priyanka Chopra Jonas: ‘We give too much credit to actors, they do nothing’