With director Patty Jenkins confirming Wonder Woman 3 is happening last week during DC FanDome, Gal Gadot has started talking about the sequel. The 36-year-old actress attended the Elle Women in Hollywood event in Los Angeles last week, where she was asked by ET about the possibility of her kids Alma, 9, and Maya, 4, returning as well. The actress’ children, and her husband Jason Varsano, were featured briefly in the final scene of last year’s Wonder Woman 1984, and it seems that at least the kids may return. ‘Well, we might. They can get used to it. It’s a nice souvenir in each movie they’re going to be older and older. But yeah, we’ll see,’ Gadot said. She was also reminded of when she had her first child, how she wondered how she could still have a career and still be a great mom. ‘He told me, “It’s for you to choose, but just think about what kind of example you want to set for her,”‘ she recalled. ‘So I just think about it as a win-win and of course something’s always got to give. We can’t be just perfect, but the only thing we can do is just give our best and do our best,’ Gadot added. Jenkins appeared at FanDome last week with the original Wonder Woman, Lynda Carter, who played the iconic character in the Wonder Woman TV series that aired from 1976 to 1979. Carter also appeared in a post-credits scene in Wonder Woman 1984, where she was revealed as the revered warrior Asteria, who has been secretly living among the mere mortals for all these years. It was confirmed that Wonder Woman 3 will feature both Gadot’s Wonder Woman/Diana Prince and Asteria together, which Gadot was certainly grateful for. ‘The most amazing thing — other than the fact that I get to wear the costume, the Wonder Woman costume again and get inside her boots — is the fact that I can work with my amazing collaborators and work with [director] Patty Jenkins again and I’m super, super grateful for that,’ Gadot said. Gadot’s first foray as Diana Prince, 2017’s Wonder Woman, was a critical and commercial hit, earning $412.8 million domestic and $822.8 million at the worldwide box office. The 2020 sequel Wonder Woman 1984 was far less beloved by critics and hampered by the COVID-19 pandemic with theaters closed in major markets like Los Angeles and New York City. The sequel earned just $46.5 million domestically and $166.5 million worldwide during its theatrical run. Gadot will next be seen in Red Notice, in theaters November 5 and on Netflix November 12, and Death on the Nile, in theaters February 11, 2022. 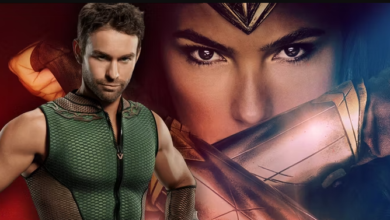 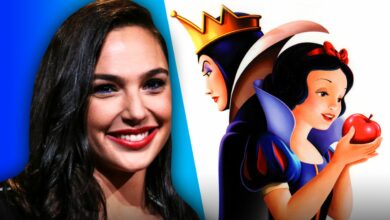 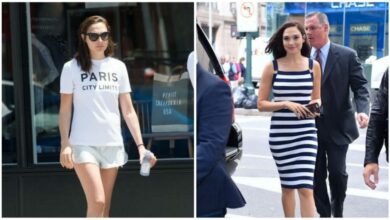 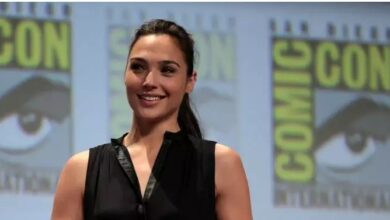