As they sometimes say, good things come to those who wait. By the time is all said and done, it will be a five-year wait since the original The Meg hit movie theaters. And now its sequel, The Meg 2: The Trench is coming down the pike. The first film brought Warner Bros. over $530 million at the box office, almost making it a certainty that there would be a follow-up. Hopefully, fans of the first film won’t be too upset with the five-year wait.

JASON STATHAM IS BACK FOR THE MEG 2

For the most part, Jason Statham has been box office gold. At last count, movies that have Statham appearing have brought in over $7.8 billion at the box office with franchises including the Fast and Furious, The Expendables, and the Transporter films. He was also a surprising comedic hit as Rick Ford in the wildly popular Paul Feig comedy thriller, Spy, and is rumored to be returning as the unhinged spy in Spy 2. So, his return in Meg 2: The Trench is a welcome sight.

Meg 2: The Trench will see Statham return to his role as Jonas Taylor, the ex-rescue diver who became an “ex” when while attempting to save the crew from a damaged nuclear sub. It was there that he came face-to-face with a huge, unidentified creature. Although Taylor was able to complete the rescue, he had to leave two members of the crew trapped in the damaged sub. Being forced to flee, Taylor lost the two crew members. Taylor was accused of being a drunk coward by one of the doctors on board, forcing Taylor out of the rescue business.

Five years later, Taylor is brought to an underwater research facility for a rescue operation after contact is lost from a sub that was exploring the deepest part of the Mariana Trench. When Taylor arrives, it is apparent that whatever caused the sub to stop working in the Mariana Trench is the same thing that caused his trouble five years prior. They are dealing with the largest shark known to man, the prehistoric Megalodon. Statham will head back to the depths of the Mariana Trench in Meg 2: The Trench and his battle will be just as perilous, if not more.

With all the death and destruction seen in The Meg, not many were left to move on to a sequel, but there are a few. Joining Statham in The Meg 2: The Trench is Taylor’s partner in crime from both the novel and the film, James “Mac” Mackreides, played by Cliff Curtis. Curtis has been, and remains, busy with James Cameron and the Avatar films which sees Curtis join the cast as Tonowari in Avatar 2: The Way of Water, as well as Avatar 3, Avatar 4, and Avatar 5.

Also returning from the first film will be Page Kennedy as DJ and Shuya Sophia Cai, who played the young daughter Meiying of oceanographer Suyin (Li Bingbing). Unfortunately, one star who will not be returning is Bingbing herself. There hasn’t been any reason given as to why Bingbing is not returning for the sequel as her character both survived in the novel as well as the first film.

WHO ARE THE NEWBIES?

There are a number of new faces that will be joining Statham, Curtis, and crew to fight the Megalodon. Then again, they could be set up to be shark food as well. Joining the cast in what is a big deal for the production is Chinese actor Wu Jing. If the name is not familiar, shame on you. Jing is the highest-grossing male actor of all time in China. It didn’t come fast for Jing as the former martial artist has turned that skill into a successful movie and TV career. Jing started slowly with his movie career with films such as SPL (2005), and 2007’s Invisible Target. Jing also had a very minor role in the 2008 hit film The Mummy: Tomb of the Dragon Emperor, which starred Brendan Fraser and Jet Li.

After kicking around for a few years, Jing hit as the writer and director of the 2015 semi-hit Wolf Warrior. This concept became a treasure for Jing two years later when he came back with Wolf Warrior II, turning the $80 million take from the first film into an $870 million Chinese box office smash.

With Bingbing not returning to her role as Suyin, Sienna Guillory has been added to the cast in an undefined role, though it appears she will be the female co-lead. Guillory was just seen in the film, Clifford the Big Red Dog. Joining Guillory as another new face is Skyler Samuels along with Sergio Peris-Mencheta and Jing Wu.

WHO IS RUNNING THE SHOW?

Jon Turteltaub directed The Meg but will not be returning in that role. Instead, Ben Wheatley will be sitting in the director’s chair. Returning, though, are the three scribes who gave thrills to audiences in the first Meg film – Dean Georgaris, Jon Hoeber, and Erich Hoeber.

Man vs shark, again. This time, Jonas and crew discover that the Megalodon, who has been spawning in the Trench for millions of years, is beginning to figure out how to get through the cool waters above the trench and to the California coast. While trying to stop the destruction on the west coast, Jonas must also take one more trip to the deepest part of the ocean and battle once again versus the largest predator on Earth.

IS THERE A RELEASE DATE?

The Meg 2: The Trench has already begun production. The film started earlier this year in Leavesden Studios outside London and was filmed through May. Now, the production is finishing up in various outdoor locations located in Asia. If things go as planned, The Meg 2: The Trench is scheduled to be released by Warner Bros. on August 4, 2023.

If author Meg author Steve Alten has his way, this is just the second film in what he believes is a “billion-dollar franchise.” “My feeling has always been that this is a billion-dollar franchise if it was done right,” Alten said via Metro. “But to be done right you had to get the shark right, get the cast right, get the tone right. And Warner Bros have nailed it completely. The producers have nailed it.”

With the first film bringing in over half that, Alten could be on to something. While the movie series is only on its second film, Alten has put together six novels in the series, with the seventh and final (Meg: Purgatory) slated to come out later this year. So, in his eyes, there is plenty of material to be turned into films.

Alten did not hold back when he spoke to Metro in 2018 about the potential of a possible franchise. “The thing about the book series is, I just finished book 6, ’Meg: Generation,’ and each book ups the ante a little bit more. So if the producers, and Belle Avery especially I know she will follow the sequels. If they follow the sequels then they won’t have to reinvent the wheel. Because it takes it to new places and introduces new monsters.”

Alten then touched on what he feels makes potential future films appealing. “A lot of people like dinosaurs, and I did, too, growing up. But the sea creature monsters and dinosaurs are much more fearsome than the land creatures. There’s the T-Rex, but that is pretty much all you really have on the land. In the ocean you have some amazing sea creatures, and I’d love to see them all brought back to life.” 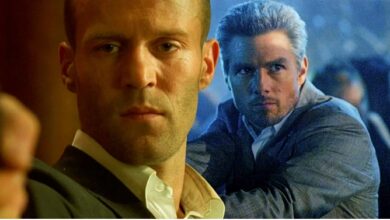 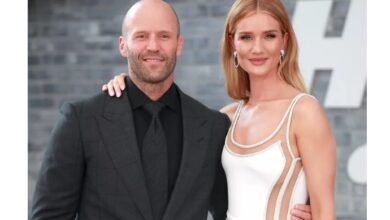 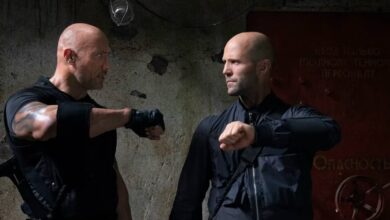 Hobbs & Shaw Producer Gives A Disappointing Update On The Sequel 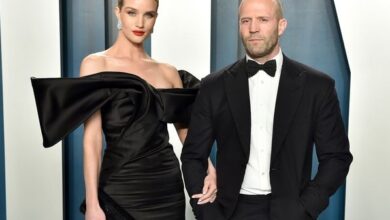