What would a zombie outbreak really be like? It’s a question that many people have asked and it has resulted in countless books and movies over the years. But while these stories can sometimes seem unrealistic and melodramatic, the beloved AMC TV series The Walking Dead feels different. The show has become iconic for being dark and fascinating, and The Walking Dead Cast has become wealthy over the years, which is well-deserved as they’re all talented actors who have brought interesting characters to the small screen.

Fans don’t love The Walking Dead’s last season, and fans have some thoughts on the character of Lori Grimes as well, as they don’t always like her. Sarah Wayne Callies played Rick’s wife Lori in 36 episodes of the show, and she has had a great career outside of the series as well. Let’s take a look at what really happened to Sarah Wayne Callies after The Walking Dead.

After Sarah Wayne Callies finished her time on The Walking Dead, the actress took on the role of Katie Woman on the super dramatic TV series Colony, which aired from 2016 to 2018. The show follows characters who live in L.A. in a future after aliens have arrived and the military has taken over. It’s definitely a dark project, and Sarah Wayne Callies talked about her love of dramatic roles, telling TV Insider, “I’m interested in who people are when everything is taken away, whether by zombies or aliens.”

Sarah also played Margaret Sanders in the miniseries Unspeakable, which tells the true story of when people who were given blood by the Canadian Red Cross in the 1980s were accidentally given blood that had Hepatitis C and HIV/Aids.

Sarah Wayne Callies talked about starring in Unspeakable and shared her thoughts on the meaning that people can take from it. The actress told Brieftake.com, “The flip side of that is that one of the greatest things we can do is take care of each other. That’s our job in a democracy; it’s our job to keep an eye on our public institutions, to make sure that they’re not only serving our families, but the families of people who are suffering in ways that we don’t have direct experience with.”

Sarah moved on to something a bit lighter when she played Anita Dyck in two episodes of Letterkenny, the on-going cult-classic Canadian sitcom.

Sarah Wayne Callies also took on the role of a mother, Maria, whose son Oliver drowned in the horror movie The Other Side Of The Door, which was released in 2016.

In an interview with Den Of Geek, Sarah shared that she related to the story as when she was 19 years old, her stepsister passed away. She said that it was really tough watching her family go through this.

Sarah explained that losing someone can be so tough because that extreme sense of loss can hit at different times. She shared a personal story about how five years after her stepsister’s passing, she said, “I was like ‘Holy sh*t, she’s dead’ and I was in floods for a week and then I was fine for another three years and it makes no sense.”

Sarah said, “grief is just a kind of madness and it’s also not linear – it’s not like you’re better today than you were yesterday and tomorrow you’ll be a bit better, it’s not like that.”

One of the most interesting parts of the story? All of a sudden, an island has formed, and they’re definitely curious about it.

Sarah Wayne Callies told The Hollywood Reporter that it doesn’t bother her that some people dislike Lori Grimes. She explained that her Prison Break character gets much more praise and she doesn’t want to pick characters just so fans will think positively about them, as she wants to remain challenged as an actor. She called Lori “a powerhouse and a hero.”

Most of all, fans of Sarah Wayne Callies’s works appreciate that she will say things that people might be afraid to. In an article for Talkhouse.com, Sarah talked about how sometimes people will ask her manager if she is tough or easy to work with. Sarah explained, “It’s the kiss of death. A Difficult Woman will not work. Thankfully, the vast majority of men I’ve worked with answer those calls with, ‘Yeah, she’s great – hire her. I’m about to work with her again.'” 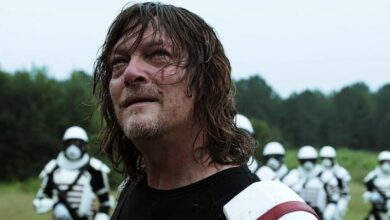 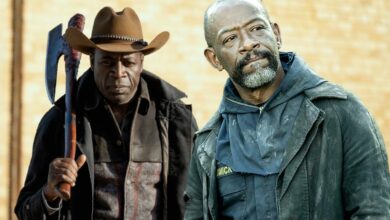 Fear The Walking Dead: Who’s Hunting For Morgan In Season 7? 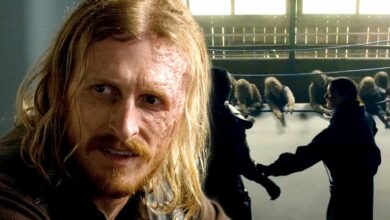 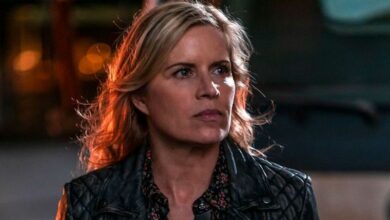