Oh, do you hear that? Way off in the distance? It’s coming closer, and closer – it’s the sound of yet another spinoff in The Walking Dead universe.

This last year has been a non-stop barrage of announcements when it comes to spinoffs regarding The Walking Dead, and since the last episodes are premiering on Oct 2. 2022, it makes sense that news about another spinoff would come soon. However, this one is a spinoff I think all of us were hoping beyond hope would come, and that is for the Rick and Michonne TV show (which doesn’t have a title as of August, 2022).

For those who are excited for the return of the legendary Rick and Michonne, here are five quick things we know about the upcoming series, and what you should know.

Don’t expect this show to come out anytime during the 2022 TV release schedule, as the Rick and Michonne TV show is set to debut sometime in 2023, according to Deadline.

This isn’t that big of a deal in the grand scheme of things, as there are several other The Walking Dead shows also coming out in 2023, such as Fear the Walking Dead Season 8, and another spinoff, called Isle of the Dead, starring Lauren Cohan and Jeffrey Dean Morgan as Maggie and Negan from the original show.

But, there’s still plenty of Walking Dead this year, as well, with the original series coming to a close in the fall, and Tales of the Walking Dead premiering on August 14th, 2022.

It Will Consist Of Six Episodes

I’m having flashbacks to Season 1 of The Walking Dead with this show. Confirmed by Deadline as mentioned before, this new spinoff isn’t set to have a sixteen-episode order like many of the seasons of The Walking Dead, but only six – much like the first season of the original.

Also, according to Entertainment Weekly, it’s been confirmed that this new Rick and Michonne series isn’t actually a miniseries, but the first of a possible multi-season show.

So Far, Only Rick And Michonne Are Confirmed To Return In The Series

According to the Deadline article, right now, the new Rick and Michonne series only has two confirmed cast members – Andrew Lincoln as Rick Grimes, and Danai Gurira as Michonne.

This isn’t that much of a surprise, as the announcement only came at the end of July 2022 at Comic-Con and was posted on Twitter for The Walking Dead fanbase to see. However, I wouldn’t be surprised if we started seeing more casting announcements for this show as the year went on. Both of the actors are excited to return, and Gurira even posted a picture of her and Lincoln at Comic-Con on Instagram with the simple caption, “We’re back.”

The actors both had statements regarding their return to The Walking Dead world, with Lincoln saying how excited he was to continue the story:

This has been the most extraordinary journey playing Rick Grimes for the best part of a decade. The friendships I’ve made along the way are deep and lasting, so it’s fitting that I finally get to complete the story with Danai and Scott and the rest of the TWD family. I’m so excited to be returning to the screen as Rick, reuniting with Danai as Michonne, and bringing the fans an epic love story to add to the Walking Dead Universe.

Gurira shared similar sentiments, saying how she was eager to “pick up the katana” again:

Michonne and this TWD family has meant so much to me, and to continue the journey of these beloved characters, alongside Scott and Andy, both creatively and in front of the camera, and bringing The Walking Dead fans something truly special is just glorious. I can’t wait to pick up the katana again.

Another possibility is that former cast members from The Walking Dead might end up returning for the Rick and Michonne series, which I would love to see. We could also get the reunion between Daryl and Rick that we always wanted – however, Daryl is going to have his own, currently untitled, spinoff, and we’ll be able to see more of his badass moments there, so I don’t know if he’ll be popping up in this new series.

A character I’ve been thinking should really reunite with Rick (besides Michonne) is Judith, Rick’s (basically adopted) daughter, as well as R.J., the son that Michonne and Rick share, both of whom are currently under the care of Daryl and the other Alexandrians in The Walking Dead. With this new series, I can only wonder if Rick might get the chance to see his children again.

However, with Michonne going off on her own in Season 10, I don’t know when these children might get to see their father again – if ever. Only time will tell.

For those who don’t know, Scott M. Gimple is The Walking Dead royalty, and has been with the show for several years – including working as showrunner for the series during Seasons 4-8, until Angela Kang, another producer for the show, took over the role for the rest of the series.

However, Gimple is returning to his showrunning responsibilities with the new Rick and Michonne series, according to the Deadline article. This isn’t that much of a surprise, as Gimple is actually the CCO (Chief Content Officer) for both The Walking Dead and Fear the Walking Dead, so hearing that he’s going to be working on another show in the universe isn’t that much of a surprise.

The Series Is Replacing The Much Talked-About Rick Movies

I feel like we talked about those Rick movies for ages. When Andrew Lincoln first left the show, it was announced that there would be a trilogy of Walking Dead movies that would solely focus on the character’s survival after his supposed death – and rescue by Jadis that saw him taken away in a mysterious helicopter.

However, after delays and, of course, the COVID-19 pandemic, it’s been decided that this new Rick and Michonne series is going to replace the Rick Grimes movies, according to the Entertainment Weekly article from above.

For those who have followed this show for years like I have, it’s not shocking to see this happening, as we didn’t have any recent updates for those movies, and now we’ve found out the reason why – because we’re going to be getting a whole new series out of it. And I, for one, am so excited.

While I’m certainly sad (and slightly happy) that The Walking Dead is coming to an end, it’ll be exciting to see the continuation of Rick and Michonne’s story in a new show – but, if I don’t see Rick get his classic pistol back, I might have to sue AMC for emotional damage. 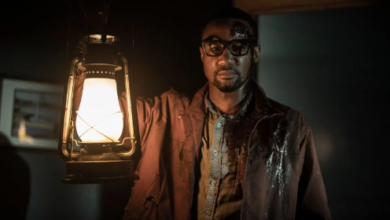 Tales of the Walking Dead Release Date Set for August 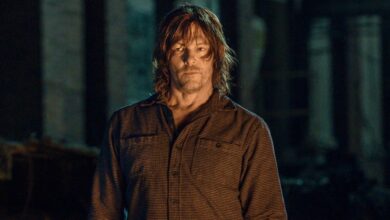 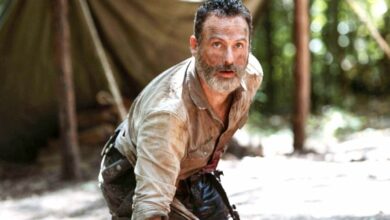 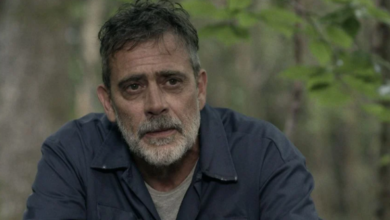