Hollywood star Angelina Jolie and Canadian singer The Weeknd have been linked to each other for over a year now but neither of the two has ever confirmed a romantic relationship. As both stars tend to keep their love lives private, it seems as if it will remain that way.

However, fans believe that there is a particular reason why Angelina Jolie hasn’t gone public with The Weeknd — her children. Is there any truth behind the rumors that Maddox, Pax, Zahara, Shiloh, Knox, and Vivienne don’t really like the famous singer? Keep on scrolling to find out!

Only two weeks after news broke of Angelina Jolie and The Weeknd’s alleged relationship, the Hollywood star’s children reportedly met the famous singer. In July 2021, Hollywood Life reported that Jolie’s daughters Shiloh and Zahara attended poet Mustafa’s private show in Los Angeles alongside their mother and The Weeknd. However, the two stars were not photographed together even though they both attended the event.

The two stars were first spotted together when they went to dinner together at Giorgio Baldi, a popular restaurant in Santa Monica, California. At the time, Page Six reported that Angelina Jolie and The Weekend stayed together at the restaurant for several hours but they left dinner separately.

An insider from Page Six revealed that the two stars weren’t secretive about their date. “They’re clearly not trying to hide [the dinner date],” the insider revealed. “He’s definitely focused on getting to the movie business. He has the new HBO series he’s starring in.” The Weeknd is starring in HBO’s upcoming drama show The Idol which is created by Euphoria creator Sam Levinson.

However, according to US Weekly, the two stars weren’t on a romantic date but rather on a business dinner. “Angelina and The Weeknd had a business meeting,” a source for the outlet said. “It had to do with their HBO shows. They got along great, but there is nothing romantic happening between the two of them.”

While Angelina Jolie’s children don’t seem to have anything against The Weeknd, reports claim that they prefer Jolie’s ex-husband Jonny Lee Miller whom the actress was linked to in June 2021. Jolie was married to Miller from 1996 to 1999, and more than 20 years later she was photographed arriving at the actor’s apartment in Brooklyn.

According to The Sun, Angelina Jolie told her children that Jonny Lee Miller is her “first love.” According to an insider for the outlet, the actress even introduced the actor to one of her youngest children, Knox. “On her first evening with Jonny, Angelina only took Knox along, and they got on like a house on fire,” the source revealed. “Knox is a sweet kid, and I imagine she decided he was the easiest one to begin introductions with. [Jonny is a] guy she’s always spoken so fondly about. They only hung out for a short while at Jonny’s apartment, but they seemed to get along well.”

“Angelina is sensitive to the kids’ feelings but doesn’t try to hide anything from them. So, whenever it’s date night they’re well aware – even though Abel hosts Angie at his place 99 percent of the time. She books a booty call with Abel whenever she has the time,” an insider for the tabloid revealed.

Many believe that The Weeknd’s single, “Here We Go… Again,” is written about Angelina Jolie, and the insider for National Enquirer revealed that her children don’t like it at all. “Angie doesn’t seem bothered by the song, but the kids aren’t exactly warming to Abel. They can’t make him go away, but they don’t have to like it. They like Jonny better. He’s never talked about their mom. He’s really discreet,” the source said. 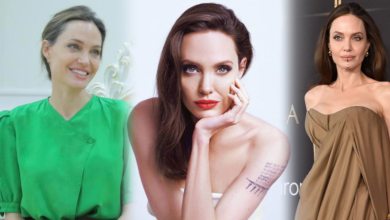 Beauty treasure Angelina Jolie at the age of 47: Visual top of the top, still passionate about filming 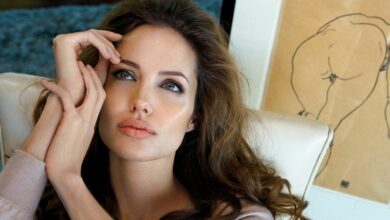 This Is How Angelina Jolie Spends Her $100 Million Net Worth 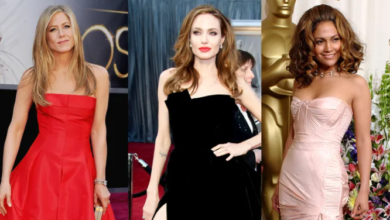