Angelina Jolie and Brad Pitt are sending another child off to college!

Jolie, 47, shared Sunday on Instagram that their oldest daughter, Zahara, will be attending Spelman College, an HBCU for women in Atlanta.

“Zahara with her Spelman sisters!” the “Eternals” actress wrote alongside a photo of her 17-year-old and new friends. “Congratulations to all new students starting this year.”

Jolie added: “A very special place and an honor to have a family member as a new Spelman girl.”

The United Nations humanitarian attended an event at Spelman with Zahara where they engaged in several festivities, including the line dance the Electric Slide.

Author Brandon Rainey shared a video over the weekend of Jolie being guided in the group dance to Cameo’s 1986 hit “Candy.”

One woman grabbed the actress’ hand to lead her through the steps of the Electric Slide. Jolie gave it a good college try before she laughed and stepped out to the sides to hug Zahara. She was met with a fist bump by another attendee for her effort.

Jolie has previously discussed the importance of educators teaching comprehensive Black history and making sure Zahara still has a connection to her Ethiopian roots. The actress adopted her as a baby in 2005.

“My daughter is from Ethiopia, one of my children. … And I have learned so much from her. She is my family, but she is an extraordinary African woman and her connection to her country, her continent, is her own and it’s something I only stand back in awe of,” Jolie said of Zahara for TIME 100 Talk in July 2020.

The comments came during a long interview with Ugandan climate activist Vanessa Nakate, who explained that climate justice can’t be achieved without racial justice. At one point, Jolie brought up the Black Lives Matter movement in the U.S., global inequality and what she considers to be a poor system of educating U.S. students about Black history and Africa.

“What I see in, for example, American history books (is) how limited they are … They really start teaching people who are Black about their lives through the Civil Rights movement, which is such a horrible place to begin,” she said.

Nakate also shared, “Even in my country, I remember the history that we learned about, and it talked so much of slavery and all that. I think that is a narrative that needs to change.” 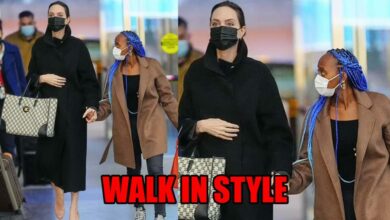 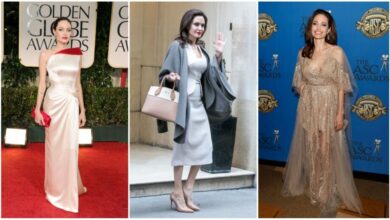 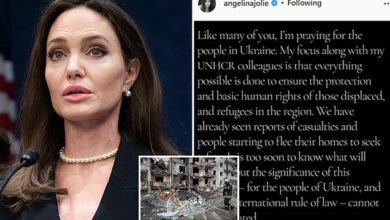 Angelina Jolie says it is vital that ‘everything possible is done’ to support those fleeing their homes in Ukraine: ‘I’m praying for the people’ 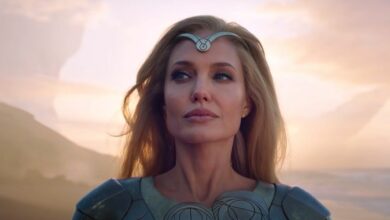