On Wednesday, Jenner, 24, shared a new video to TikTok where she lays in bed with daughter Stormi, 4. Stormi is watching over Mom’s shoulder as Jenner plays their recently viral TikTok sound. (The audio sounds just like the mother-daughter duo, but can be traced back to an impersonator account that regularly imagines conversations between Jenner and her preschooler.)

The sound features what sounds like Stormi saying “Are you kidding me?” followed by Jenner saying “Stormi, you look like Mommy, baby!”

As she plays the sound, Stormi doesn’t react to the voice that’s supposed to sound like her own. When she hears the Jenner-like voice, she crinkles her nose and laughs adorably as Jenner laughs along.

Later in the day, Jenner shared another video of her and Stormi. The two mouthed along to the sound “What’s better than one cover girl? Two cover girls.”

While in the store, Stormi admired all of the different products and picked up a few items to buy and take home — including the last mauve eyeshadow palette on the shelf.

“Took my angel baby gorgeous goosey girl to see @kylieskin & @kyliecosmetics at @ultabeauty 💗 still such a dream every time i visit. thank you to the entire ulta team always xx,” Jenner captioned two cute shots of the mother-daughter duo.

Jenner shares Stormi with rapper Travis Scott. They are also parents to a baby boy, whom they welcomed this past February. His name was originally Wolf but the Kylie Cosmetics Mogul later said they’ve changed it.

She recently revealed that getting back to working out and staying in shape has been more complicated in this postpartum experience.

“4 months postpartum,” Jenner captioned a shot of herself on a treadmill on her Instagram Story. “I have been dealing w tons of back & knee pain this time so it slows down my workouts but I am on a mission to get strong again.🙏🏻” 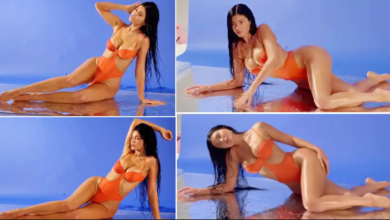 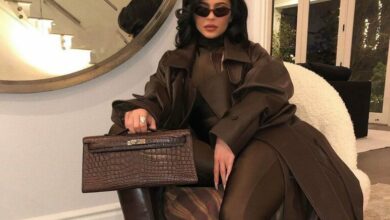 Fans Are Fed Up With Kylie Jenner Flaunting Her Wealth 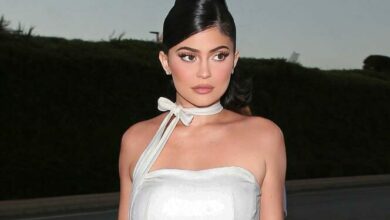 Kylie Jenner Got Roasted by Fans For 1 Nonsense Quote 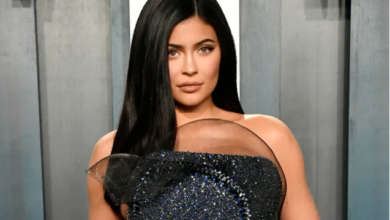