Amber Heard has been in the news consistently for her highly publicized and highly followed defamation trial against ex-husband Johnny Depp. Heard is by and large coming off as the villain in this story as her past, and her relationship with Depp continues to be in the news.

Before marrying Johnny Depp, Amber Heard set her sights on becoming a successful Hollywood actress with an awe-worthy career. That doesn’t seem to be on her trajectory anymore, but at one point Heard sought to emulate the career of an actress she admires: Angelina Jolie. Jolie is one of the most famous and acclaimed actresses of recent generations.

Still, Jolie isn’t immune to her own relationship drama and has been going through a public divorce with Brad Pitt for quite some time. Both Heard and Jolie now find themselves at odds with two of Hollywood’s most revered leading men, who once loved them, and if you asked Jolie, she’d say that’s all they have in common.

When she was an up-and-coming young actress, Heard saw Jolie as her acting idol and wanted to have a career like hers. In a 2013 interview for Vanity Fair, Heard spoke candidly about her admiration for Angelina.

When asked about which actor or actress she really “loved” what they were doing, Heard was quick to answer Angelina Jolie.

Angelina Jolie has certainly had a career to admire for many young actresses looking for their big break. Jolie won an Academy Award early in her career and has continued to book meaningful roles and is also a successful producer.

As for Heard, at this point in her career, she had secured a few roles in movies like Pineapple Express and The Joneses. She soon would be cast in The Rum Diary where she would meet Johnny Depp on set in 2010.

This meeting would change both of their lives as they would fall in love and eventually find themselves fighting one another in court describing the darkest parts of their relationship to the world.

The two actors rolled around the same circles in the famous acting world, and have been longtime friends. They starred in the 2010 spy film The Tourist together, and Jolie reportedly warned Depp not to marry Amber Heard.

Jolie may have never liked Heard and wasn’t so sure about Depp’s marriage. There have also been rumors for years that Jolie has had an on-and-off crush on Depp which may have influenced her opinion on the matter. Whether Jolie really talked to Depp about his relationship with Heard is up for debate, but it has been a story for nearly a decade now.

We all know that Depp ignored his friend and did in fact marry Amber Heard. Now that the drama of the divorce and court case can be put behind them, Depp has recently been posting more on Instagram.

He follows several high-profile actresses but not yet his old friend Angelina Jolie. Depp follows Gal Gadot, Jennifer Aniston, and Vanessa Hudgens among others. It’s unclear if the two are still friends or not.

Plus, whatever crush there may have been, it doesn’t seem like Angelina’s having sparks with anyone these days. Who knows what’s to come, though!

What’s Next For Amber?

While her ex-husband has kept a low profile, Heard has done a few interviews since the trial ended. There is no doubt there will be a long-term career effect for Heard. In the court of public opinion, she was the clear loser. According to her IMDB profile, Heard only has two upcoming acting roles. She’s reprising her role as Mera in the Aquaman sequel and plays the lead in a low-budget film called In The Fire.

Heard also plans to appeal the court’s decision and bring the defamation case to trial again. Her lawyers have yet to file a motion. For his part, Depp has been in Europe touring with his band and is wanting to put all of this behind him. Depp has been cast as Louis XV in the upcoming film Jeanne du Barry.

Heard may soon be looking to secure more acting roles due to the money she now owes Depp, but she won’t be asking any favors of Angelina Jolie.

Of course, perhaps the two women have more in common than Angelina might like to admit; Brad Pitt has accused his ex of trying to ruin his reputation. Clearly, the scenario parallels Johnny’s troubles with Amber, but only time will tell whether there’s any truth to that rumor. 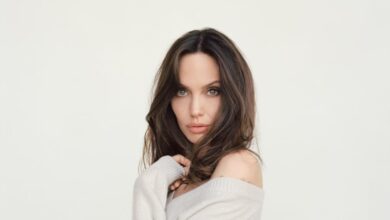 Angelina Jolie: ‘I just want my family to heal’ 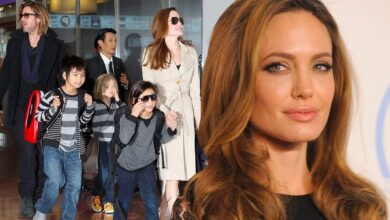 Angelina Jolie Spends A Fortune On Bodyguards For Her Children 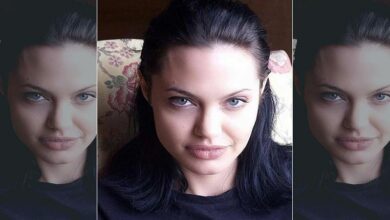 Angelina Jolie Sympathises With People Affected With The Tragic Second Wave Of COVID-19 In India; Says, ‘It’s Beyond Heartbreaking’ 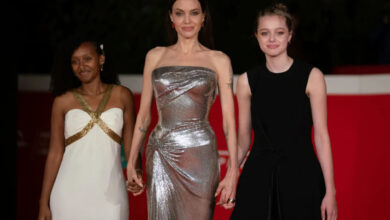 Angelina Jolie Is Reportedly Helping Daughter Shiloh Get Into Modeling