With the three-part season 11 end set to be released in the fall, the long-running original series The Walking Dead is close to its conclusion.

Fans are anticipating an action-packed, bloody, and shocking end to this epic series. With a track record for killing off main characters during a time that offers the most shock value and suspense, it’s hard to say which characters will survive to the end. However, with several long-lasting characters and some planned spinoffs in the making, it’s easy to guess who will make it through the finale.

Rosita Espinosa is one of the toughest characters in the series and she’s proven herself capable of taking care of herself and others. In the comics, Rosita died with the others killed by the Whisperers during their feud over borders. However, she survived past this point in the TV series

This makes fans wonder if she is going to make it to the end of the series. While it would be a fitting ending to have her live long enough to watch her daughter grow up, she currently lives in the community where the villain Hornsby resides.

Aaron was the focus of some of the best moments from season 11. While the character has encountered a lot of close calls throughout the fights the group has taken part in, he has survived long enough to be one of the most trusted leaders in the series.

Aaron has always been committed to doing what’s best for the group and his family. However, he seems to have changed in the last season, becoming someone capable of torture simply for thinking someone might be a threat. While it would be a happy ending to see him go on and raise his daughter Gracie, fans have to wonder if his newfound impulsiveness will lead to his downfall before the conclusion.

Gabriel is another trusted leader of the group, doing his part to ensure the people he cares for are safe. While he was a cowardly man, in the beginning, he learned how to be strong and make hard decisions

However, he had a couple of close calls in the first two parts of the season, especially when he and Aaron were captured by a group while working with the Commonwealth. Now that it seems like another war is about to unravel in the final part of season 11, it’s possible this faithful man will be one of the characters to make the ultimate sacrifice to protect his people.

Though he is now a valued member of the group, Eugene is known for being deceptive to ensure his own survival. In season 11, he became a bit unstable following the disappearance of his girlfriend Stephanie. When he later learns that she was a fake working for Hornsby, he began working with a group on the inside to uncover secrets within the Commonwealth.

Many of the long-lasting characters like Eugene seem to outlive many of the side characters. However, with the impending end of the series, it’s likely some of the more morally questionable characters could meet their end.

Michonne left the show midseason 10, but she is still alive. Though she went on a journey to find Rick, audiences wonder if she’ll make an appearance before the finale of the original series.

Michonne is one of the toughest characters on the show and she has proven her strength as a formidable opponent against walkers and humans alike. While it has yet to be determined if she will make another appearance in this series, she is one of the characters fans hope to see in the Rick Grimes spinoff.

Carol is one of the most intriguing characters in the series, leading to some of the biggest jaw-dropping betrayals in The Walking Dead. However, everything she’s done has been with good intentions. Since she learned to fight, she has been determined to keep the people around her safe.

While it seemed like she would survive to be in the announced Daryl-Carol spinoff series, Melissa McBride has since announced she won’t be able to partake in this planned spinoff. Now that she won’t be in a spinoff, it is a possibility the showrunners will decide to have her go down fighting.

Judith Grimes wasn’t a substantial character for most of the series until the show jumped ahead several years in season 9. Though she is still very young, she is a well-rounded character who reflects many of the characteristics of her mother, Michonne.

If Judith isn’t reunited with Michonne or her father in the upcoming Rick Grimes movies, it would seem like an injustice to end her character’s story before she has even met her father. However, The Walking Dead hasn’t shied away from killing off children for shock value, so it’s possible a tragedy could kill this young character before the end.

Daryl is one of the characters with the best growth, and one of the only remaining characters left from the first season. Besides some seemingly close calls with walkers or fights, Daryl has been able to survive the apocalypse for many years without coming face to face with death.

With the news of a spinoff with Daryl and Carol, it seemed obvious this character would survive to the end. Since Melissa McBride has left the upcoming series, it is possible that the spinoff will not come to fruition, though it hasn’t been canceled. Regardless, it seems highly unlikely at this time that Daryl will meet his end in the series finale.

Negan has also had one of the most exceptional growths in the whole series. Though it took years of sitting in a cell until he was able to become a valued member of the group, he’s proven to be a trustworthy person in the new world order.

It’s highly unlikely that Negan will be killed off at the season 11 end. There is a planned spinoff for him and Maggie. While this announcement makes fans excited for the upcoming spinoff, it also leaves little doubt that these characters will survive to the end of the original series.

In this final three-part season, Maggie Rhee has proven she has changed from the person first introduced in season 2. There have been many leaders throughout the series, but Maggie seems to be heading in the legendary section alongside Rick Grimes.

Maggie, and likely her son Hershel, are almost guaranteed to survive the final season. Though it is possible her son could meet his fate before the end of season 11, it would make for a far more interesting spinoff if Maggie had her son to continue to fight for. 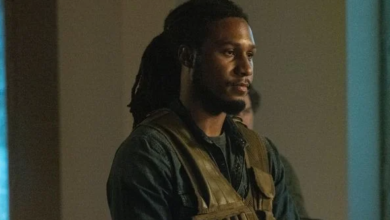 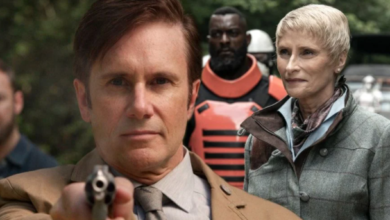 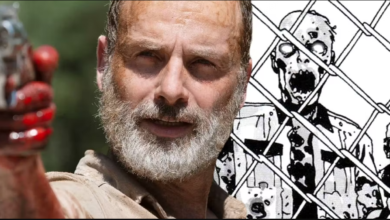 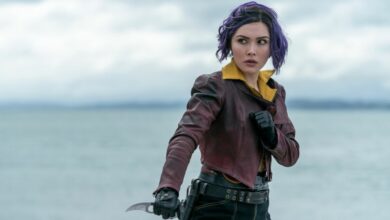