“Wholesome” is a chracteristic not often associated with The Walking Dead, and that makes sense given how gory and violent the show is wall to wall. That being said, there are some moments in the 11-season show, coming to an end this year, that would make the Grinch’s heart grow by three sizes.

Full of moments that terrify viewers and brutal death scenes that stick with viewers long after they happen, wholesome moments stand out for the contrast they provide against the bleak backdrop of the show’s world. While there may not be many, the wholesome scenes that exist are often those that fans will always remember.

The beginning of season 4 shows the prison getting infected by a virus. Carol, in an attempt to save those who remained uninfected, ends up doing the unthinkable: She kills two people who are infected and kept in isolation. Rick finds out and sends her away as a consequence of what she’s done.

Later, Rick and the rest of the survivors are able to escape from Terminus with the help of an explosion which ends up being a distraction created by Carol herself. After she saw the prison fall, she followed one group of survivors and eventually found her way to Terminus. When Daryl realizes that Carol is back and that she is the one who saved them he, in an unexpected display of affection, he engulfs her in a bear hug and nearly starts crying creating one of the most emotional and wholesome moments of the show.

Daryl & Rick Vs. Jesus Vs. The Truck

The first episode of the second half of season 6 shows Daryl and Rick going to find more supplies. This episode ends up being one of the most comedic and memorable introductions of a new character.

First of all, when Jesus introduces himself both the viewers and the duo aren’t sure whether his name is a joke or not. When Daryl and Rick try to help, he ends up stealing the truck of supplies and driving away. The two, being ever the stubborn and persistent people, follow him on foot and take the truck back. Though both parties end up losing the supplies, viewers thoroughly enjoyed this interaction.

Rick & Michonne Fall Through A Roof

There are very few moments, if any, in season seven that can be called “wholesome”. After a very brutal first episode, and possibly the traumatizing one for fans, this is the first moment where viewers got to experience a more lighthearted interaction between characters.

Rick and Michonne head out from Alexandria to find guns and ammunition to give to Scavengers in an attempt to get them to join their fight. While scouring for supplies the two fall through a roof and, luckily, hit the jackpot. Instead of immediately rushing on, the two choose to spend the night eating food and just having a good time in each other’s company. It’ll be great for fans to see them reunited in the upcoming The Walking Dead movies.

Negan Helps Judith With Her Homework

Negan, undoubtedly, has one of the best character arcs in television history. He started out as one of the best villains and then went on to become someone people wanted on their side. Watching him interact with Judith was always unexpectedly wholesome but this one scene takes the cake.

Not only is it weird seeing Negan in such a capacity (though he was a gym teacher before the apocalypse in the comics), it’s weirder still that his advice makes a lot of sense. Surprisingly, ever since Rick’s departure from the show, a lot of wholesome moments exist between Judith and Negan because, apparently, he’s as good with kids as he is with his bat.

When Hershel was first introduced in the series he wasn’t liked by many due to his choices. His attitude towards Rick and the group didn’t help much. However, after a grueling ending to season 2, from season 3 onwards viewers started liking him as he became the Gandalf of the group, complete with Hershel’s quotes of wisdom.

His relationship with his daughters is one of the sweetest in the show and, as expected, he isn’t happy when he realizes that Glenn and Maggie are together. This changes pretty soon because, let’s be honest, no one can dislike Glenn for long. He gives Glenn his watch as a sign of his approval of the latter’s relationship with his daughter and the two’s bond becomes even stronger.

After being split up with the rest of the group, after the fall of the prison, Beth and Daryl end up together as one of the most unconventional duos. While the two are drastically different, they end up balancing each other out really well.

When they find a funeral home to hunker down in, one that has a piano set up next to an open but empty coffin, they both make the best of the situation. The best for Daryl is lying down in the coffin and using it as a bed and the best for Beth is playing the piano. When Daryl finds her playing the piano she abruptly stops not wanting to annoy him, but he asks so to continue playing saying that he likes it.

Michonne Helps Carl Get Into A Bar

Season 3 introduces Michonne to the viewers and while there is a lot of skepticism around the character in the beginning she ends up winning everyone over. Many would say that this happened when she helps Carl break into a zombie-infested bar just so he could get a family picture for his sister.

Carl, setting an example for elder brothers everywhere, has always been extremely affectionate towards Judith, the younger sister that he literally helped give birth to. His affection towards her is never more obvious than when he realizes that she will never get the chance to see their mother and the only way for her to know what she looks like would be through a picture. In an exceptionally stubborn moment — he takes after his dad — he tries to go off on his own but thankfully Michonne interferes.

Beth & Daryl Burn Down A Shack

A lot of viewers were rooting for Beth and Daryl to end up together. Yes, an unconventional pairing but one that worked nevertheless. The first moment that their compatibility was evident was when they got drunk on moonshine and burnt down a shack in our attempt to get their frustration and anger out.

After struggling with each other’s companionship, they start getting along after this moment. Beth gets Daryl to open up and talk about his traumatic childhood. She then helps him deal with the anger and frustration of what he went through, something that he’s never done before. Not only was this moment extremely wholesome but it was also one of the most cathartic experiences on the show.

After a very traumatic and stressful mid-season finale in season 4, everyone in the group gets separated. After not being able to find Judith, Carl and Rick end up going their own way. Due to a brutal showdown with the Governor, Rick is badly injured and unable to move around. Carl, on the other hand, is pissed off at his father for not protecting their home. The fandom universally agrees that Carl should never have died.

Throughout the episode, Carl is seen loitering around the neighborhood where he and his father are recuperating. While this is an extremely stressful episode for viewers, as they watch Carl stumble around in a zombie-infested world all on his own, it’s extremely enjoyable for Carl himself. This also leads to one of the most wholesome and adorable moments in the show when he finds a can of chocolate pudding and proceeds to eat the whole thing in one sitting in a very childish appropriate manner, something that viewers don’t get to see him do often.

It’s hard to pinpoint any one instance when Maggie and Glenn defined the word “wholesome”. Therefore, it only makes sense to come to the conclusion that the entire relationship was based on that word.

Not only are they always willing to give up anything and everything for each other, but they also bring out the best in each other. What started out as a grocery store run, turned into one of the most iconic fictional relationships of all time. From cute Polaroid moments in the prison or their reunion after being apart for a little while, the two really did show the viewers what it means to love someone. 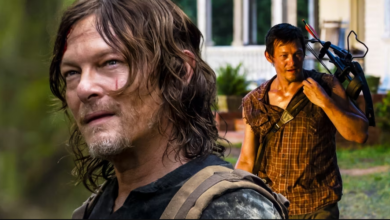 Will You Still Riot If Daryl Dies In The Walking Dead? Would It Matter? 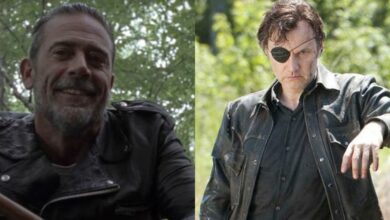 The Walking Dead: 5 Ways Negan Was The Biggest Villain (& 5 Ways It Was The Governor) 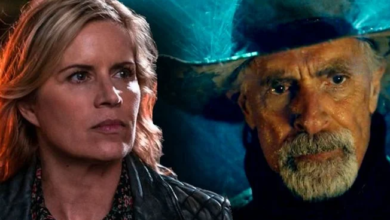 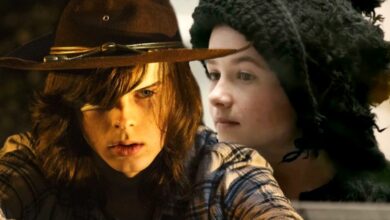