Black Widow star Scarlett Johansson has now discussed her lawsuit against Disney over the film.

Earlier this month, Johansson became the 35th recipient of the American Cinematheque Award. AP Entertainment spoke to Johansson on the red carpet for the event, where she addressed the lawsuit. “I think it’s important in general to know your own worth and stand up for yourself,” Johansson said. “In this industry, I’ve been working for such a long time. It’s been almost thirty years. There’s so much that has shifted over those thirty years. I think sometime before, maybe, you would feel, ‘Oh gosh. If I stand up for myself, I might never work again. Or I might be blacklisted in some way.'”

Johansson continued, “Thankfully, that’s changing in the zeitgeist. And honestly, I think that happening in an industry that’s as huge and universal as the entertainment industry is really important if I lead that charge.”

In July, Johansson sued Disney over the company releasing Black Widow simultaneously in theaters and on Disney+ Premier Access, claiming that it breached her contract. Disney is said to have guaranteed an exclusive theatrical release for Black Widow, and part of Johansson’s salary was tied to the movie’s box office performance. The lawsuit projected that Johansson lost more than $50 million because of the dual release. Disney initially called the lawsuit meritless, saying it showed a “callous disregard for the horrific and prolonged global effects of the COVID-19 pandemic.”

Johansson received support for her lawsuit from a number of other actors, including Jamie Lee Curtis, Elizabeth Olsen and Jennifer Lawrence. DisneyMustPay — a joint task force working to ensure Disney meet its contractual obligations to creatives, such as those owed royalties for their work on Star Wars books — also expressed its support for Johansson.

In September, Johansson and Disney settled the lawsuit. At this time, the terms of the settlement are not known. However, Disney CEO Bob Chapek indicated the lawsuit would alter how the company approaches its contracts. And while there’s no indication Johansson will reprise her role as Black Widow in the MCU, Marvel Studios President Kevin Feige said earlier this month that’s currently working on a top-secret project for the company.

In addition to her work in the MCU, Johansson is known for such movies as 2001’s Ghost World, 2003’s Lost in Translation and 2019’s Marriage Story. She’s won a number of high-profile awards and is one of the highest-paid actresses in the world. Her next project will be the animated movie Sing 2, in which she plays punk rocker Ash. That title releases on Dec. 22.

Black Widow is available now on home media or to stream on Disney+. 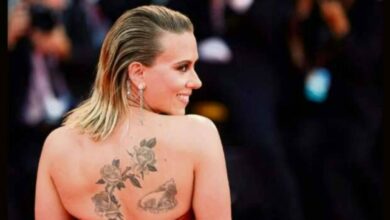 Scarlett Johansson’s Back Tattoo And Its Meaning, Find Out Now 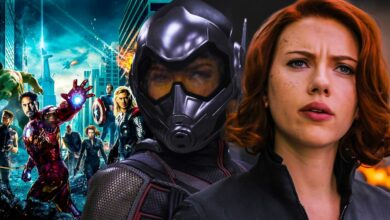 Dropping Black Widow From The Avengers Would Solve One Plot Hole 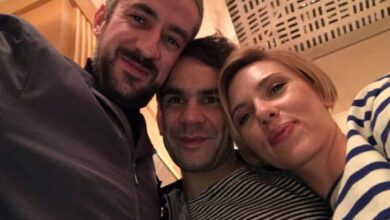