According to Deadline, the former Marvel Cinematic Universe (MCU) stars will be joined by Ozark’s Jason Bateman, who will direct the project. Rose Gilroy will pen the script, which is reportedly set against the space race. Bateman and Johansson will also produce alongside Jonathan Lia and Keenan Flynn.

Apple TV+ paid a hefty price for the movie, shelling out over $100 million. This comes on top of the streamer’s massive deals for Matthew Vaughn’s Argyle and an untitled F1 racing pic starring Brad Pitt, which cost over $200 million each.

Johansson and Evans have been looking to team up for a project since they finished Avengers: Endgame (2019). The two came close with Apple TV+’s upcoming Ghosted, but Johansson had to leave the project due to scheduling conflicts. Evans will instead be joined by his Knives Out (2019) co-star Ana de Armas.

Evans and Johansson have been with the MCU from Phase I. Johansson made her debut in Iron Man 2 (2010) and Evans first appeared as the star-spangled Avenger in Captain America: The First Avenger (2011). After spending a decade with Marvel Studios, the two retired their capes, with Evans ending his run in Endgame. Johansson stuck around a little longer, starring in the hero’s first solo movie in 2021.

But, as any good comic book reader knows, no hero stays gone forever. Johansson is currently producing a “non-Black Widow-related top-secret Marvel Studios project,” according to Marvel Studios President and Marvel Entertainment Chief Creative Officer Kevin Feige. Meanwhile, Evans’ Captain America is reportedly set to return to the MCU in the near future, a development that the actor cast doubt on when it was initially announced.

Even if Johansson and Evans never suit up again, their mantles live on in the MCU. Anthony Mackie’s Sam Wilson / Falcon now wields the shield and goes by Captain America—a title he will continue to grapple with inCaptain America 4. Meanwhile, Florence Pugh has taken on the role of Black Widow. Last seen in the Disney+ series Hawkeye, it is unknown what her next MCU project will be. 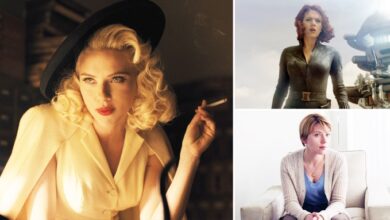 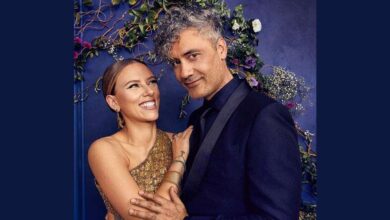 From Marriage Story To Jojo Rabbit: 5 Iconic Movies Of Scarlett Johansson You Need To Watch Besides Black Widow