Hollywood star Scarlett Johansson is known for being an important part of the Marvel Cinematic Universe as her character Black Widow appeared in numerous superhero movies in the past decade. Needless to say, the actress earned a fortune thanks to her portrayal of the character, and today we’re taking a closer look at just how much playing Natasha Romanoff benefited Scarlett Johansson’s bank account.

Today, Scarlett Johansson is one of the most well-known names in the industry. The actress has been working since the mid-90s as she had her acting debut in the fantasy comedy North in 1994. At the time Johansson was only ten years old. In 2003, fans could see the star in the romantic comedy-drama Lost in Translation which signified her transition from a child actress into a serious Hollywood star.

Since then, Scarlett Johansson starred in numerous critically acclaimed projects like Girl with a Pearl Earring, A Love Song for Bobby Long, and Vicky Cristina Barcelona. Apart from acting in front of a camera, Scarlett Johansson is also no stranger to theater. In 2010, the actress had her Broadway debut in a revival of A View from the Bridge. For her portrayal of Catherine, Johansson even won a Tony Award for Best Featured Actress.

While Scarlett Johansson is undoubtedly one of the most talented actresses of her generation, it is safe to say that she is best known for being one of the few women in the MCU.

Scarlett Johansson Joined The MCU In 2010

2010 was surely a year that marked a huge change in Scarlett Johansson’s career. That year, the actress portrayed Natasha Romanoff / Black Widow for the first time in the superhero movie Iron Man 2. In 2012, the actress portrayed the character again in The Avengers and since then she could be seen in seven more MCU movies, the latest one being the standalone Black Widow movie from 2021

As fans know, the actress has said goodbye to Black Widow, which was certainly a bittersweet moment for the star. “I think it’s bittersweet. I’ve had an incredible decade working with my Marvel family. I’m going to miss not seeing them every 18 months or two years, like those kind of milestones I always really look forward to,” the actress revealed on Good Morning America. “But I feel really proud of this film and I think it’s great to go out on a high note. This movie is so different from any other Marvel film that we’ve done so far, so yeah… like I said, it’s bittersweet.”

Is Scarlett Johansson The Most Well-Paid Actress In The Industry?

According to Celebrity Net Worth, Scarlett Johansson is currently estimated to have a net worth of $165 million which definitely makes her the richest woman in the MCU. However, the actress had to work her way up to such an impressive net worth as she was paid only $400,000 for her role in Iron Man 2 in 2010. For the next couple of Marvel movies, Scarlett Johansson was paid low single-digit millions, and it wasn’t until the standalone Black Widow movie that she got paid $20 million (according to a July 2021 statement from Disney).

It is estimated that the actress earned between $60-75 million for her role in the Marvel movies she appeared in so far, meaning that half of her net worth is thanks to her portrayal of Black Widow. The rest of her income is from other roles as well as endorsements. Prior to Black Widow, the actress’ highest salary was $17.5 million which she received for the 2017 sci-fi action movie Ghost in the Shell. Currently, Scarlett Johansson is estimated to be the highest-paid actress of 2021-2022 as she earned over $56 million.

While it is unknown just how high the actress’ net worth was prior to joining the MCU, it is safe to say that it skyrocketed since 2010. Scarlett Johansson may have said goodbye to Black Widow, but anyone who is a fan of Marvel movies knows that one never really says goodbye to their character and anyone would be surprised to see Johansson reprise the role eventually. Marvel Studios President Kevin Feige revealed that they are working with Johansson on a different project. “We are already working with Scarlett on another non-Black Widow-related top-secret Marvel Studios project with her as a producer,” he said. 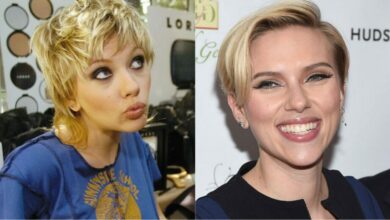 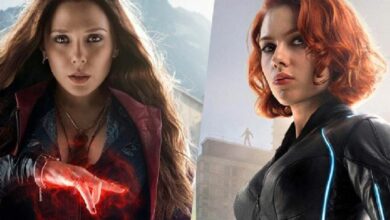 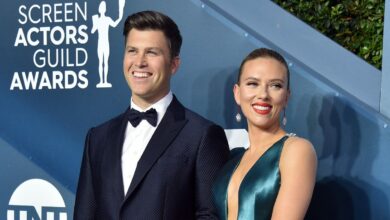 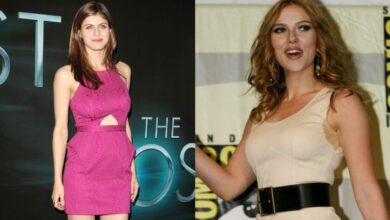 Scarlett Johansson Vs Alexandra Daddario: Who Is A Radiant Beauty In A Short Dress?