Natasha Romanoff, the Black Widow, is one of the most important superheroes in the MCU. A founding member of the Avengers, one of S.H.I.E.L.D.’s most prolific agents, and a close ally to such significant characters as Tony Stark and Steve Rogers, her influence can be felt nearly everywhere in the franchise.

Romanoff has appeared in more films than the vast majority of MCU characters – despite not getting her own solo film until 2021 – and has been a major presence in most of those. As such, she has a great many achievements to her name, some of which stand out more than others and mark her as one of the franchise’s greatest heroes.

Romanoff is first introduced in Iron Man 2 as a S.H.I.E.L.D. agent sent to keep tabs on Tony Stark. As Ivan Vanko makes his play on Tony’s life, Natasha is inevitably caught up in Vanko’s plans and proves to be the ally of Tony, playing an important part in keeping him alive. Pursued by Hammer drones and a remotely-controlled War Machine, all Tony can do is try to fly away and dodge their shots.

It’s ultimately Natasha who stops the attack. Getting Happy Hogan to drive her to Hammer Corp., she brutalizes a hallway of guards before gaining access to Rhodey’s armor and returning control to him. Without that aid, Tony likely would have had to either admit defeat or fight back against his friend, killing one of them.

9 Shutting Down The Chitauri Wormhole Generator

The third act of The Avengers is more than just a slug match against an alien horde. The Avengers openly realize that they can’t hope to hold back the Chitauri forever, and have to find a way to close the wormhole letting the invaders attack New York before they’re overwhelmed by sheer weight of numbers.

Natasha is the one who ultimately shuts down the generator powering the wormhole. Natasha – working with Erik Selvig – uses Loki’s scepter to overload the force field – and even delays closing the wormhole to buy time for Tony to return.

8 Choosing To Side With Steve Rogers Over S.H.I.E.L.D.

Much of Captain America: The Winter Soldier has Steve Rogers on the wrong side of the law as the HYDRA-controlled S.H.I.E.L.D. begins a manhunt for him. With all the resources of S.H.I.E.L.D. at their disposal, few people question the loyalty of the organization until Steve is able to reveal what is going on himself. One of the few S.H.I.E.L.D. agents who sides with Captain America is Natasha.

Having been present for Fury’s supposed death, Natasha knows something is wrong with S.H.I.E.L.D., and she joins Steve when he goes rogue. Despite them discussing how he can’t trust her, Natasha proves to be one of Steve’s most stalwart allies throughout the film and is a huge part of the reason he succeeds.

7 Awakening The Hulk In The Battle Of Sokovia

Between The Avengers and Age of Ultron, there is apparently a huge development in the Black Widow’s relationship with both Bruce Banner and his monstrous alter-ego, the Hulk. At the end of Age of Ultron, Natasha uses this relationship to tip the odds in the favor of her team.

Following the devastation in Johannesburg and his battle with Tony, Banner is unwilling to turn into Hulk for fear of the potential damage. Knowing that the Avengers need the Hulk to have any hope of winning against Ultron, Romanoff shoves Banner off of a cliff. The Hulk jumps back up and proceeds to be a constant threat to Ultron in the battle.

As the events of Captain America: Civil War unfolded, Natasha found herself torn between her allegiance to Captain America and her belief that the Sokovia Accords were needed to help protect the world. As Iron Man’s team met with Captain America’s squad at an airport in Germany, Natasha initially started off fighting alongside Tony Stark, going so far as to battle her longtime friend, Hawkeye.

But, as Captain America and Bucky tried to escape in a Quinn Jet, Natasha switched sides and kept Black Panther from reaching the two old friends, giving them a chance to get away and find the remains of the Winter Soldier program. Natasha may not have agreed with Captain America, but she understood the need to redeem Bucky, and chose redemption over following the law.

Despite both being prominent members of the Avengers, Natasha has relatively few interactions with Wanda Maximoff, aka the Scarlet Witch. Nonetheless, she is quick to come to Wanda’s aid in the Battle of Wakanda in Infinity War when Promixa Midnight corners Wanda and prepares to kill her.

Natasha interrupts the fight to protect Wanda, joined by Okoye of the Dora Milaje. It takes all three of them to subdue Promixa, with Wanda being ill-suited to a close-range fight – but Natasha’s intervention ensures that Wanda is alive to be one of the biggest threats to Thanos in Avengers: Endgame.

Part of the reason Black Widow is so personally involved with Loki’s plot in The Avengers is because Loki spends much of the film mind-controlling her best friend Clint Barton. Barton being on the enemy team clearly gives Natasha pause, and when Clint leads an assault on the SHIELD helicarrier, Romanoff is the one to track him down.

The two friends get into a fairly brutal close-quarters fight, but Natasha is ultimately superior at martial arts and pummels Barton unconscious. This breaks Loki’s mind control, ensuring that the Avengers have six members for the Battle of New York – when any fewer might have led to their defeat.

3 Freeing The Other Black Widows

A major part of Natasha’s story is that she is one of the few defectors from the Black Widow program of Russian spies and assassins. Working to undo the damage she did as a part of the program, Natasha works to take down the Red Room in Black Widow when she gets personally involved in the fight to free the other agents – now mind-controlled by chemical agents.

In Black Widow, Natasha joins her family’s efforts to free the other Black Widows. She personally saves a great number by exposing them to an antidote whilst they attack her, and at the end of the film she gives her sister Yelena the tools to deliver the antidote to the other agents around the world, freeing hundreds of women from slavery.

Although Steve Rogers is the main character of Captain America: The Winter Soldier, there’s no questioning that he would have been far less successful in the film without Natasha. Black Widow keeps Steve as safe as she can throughout the film, and is instrumental in their plan in the finale.

As Steve and their ally Sam Wilson, aka Falcon, fight their way through the Insight Helicarriers, Natasha infiltrates Alexander Pierce’s meeting with the World Security Council and takes control of the situation with Fury’s help. There, she publicly leaks all of S.H.I.E.L.D.’s files, including those of HYDRA, bringing down a decades-long conspiracy to take control of the world.

1 Sacrificing Herself For The Soul Stone

The Soul Stone is unique amongst the Infinity Stones in that it cannot be retrieved without a cost – the person seeking the stone must give up something they love. Best friends Clint Barton and Natasha Romanoff are sent to retrieve the Soul Stone in Endgame‘s time heist, and when they learn of the cost they each attempt to sacrifice themselves.

A fight erupts between the two of them, in which Natasha ultimately prevails. The moment is controversial, with many fans believing Romanoff should have survived, but there is no denying that in sacrificing her own life to save trillions, Romanoff more than wipes out the red in her ledger and dies a hero. 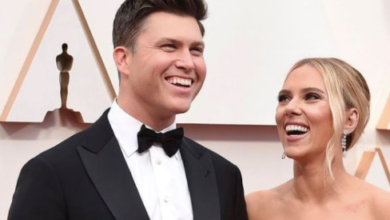 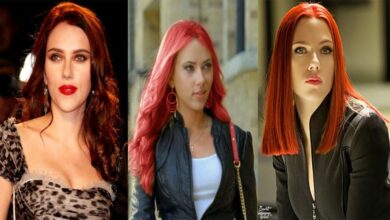 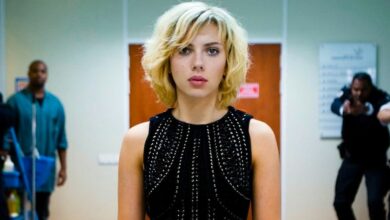 Scarlett Johansson’s Most Profitable Movies Outside The MCU 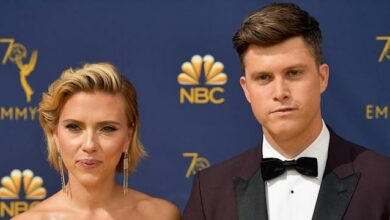 Scarlett Johansson reveals how her daughter is getting along with little brother Cosmo: She’s neutral about it