Kean Reeves might be the closest thing to a perfect Hollywood actor – especially given his ways off camera. The guy is nearly perfect, whether it be almost making Stephen Colbert’s audience cry, or making a member of the crowd on ‘The Graham Norton Show’ hit on him during an interview!

He’s a great person who has done so much good in various instances. In the following, we’ll look back at a 2015 moment as he walked down the LAX airport, completely alone most of the time. Let’s take a look at what took place.

What Happened To Keanu Reeves At LAX Back In 2015?

Not only does he have a net worth of $360 million, but Keanu Reeves is among the most popular actors on the planet. Despite all his success and fortune, Reeves continues to be incredibly humble. A major part of that has to do with how he views money. In one of his more classic quotes of all time, he stated, “Money doesn’t mean anything to me. I’ve made a lot of money, but I want to enjoy life and not stress myself building my bank account. I give lots away and live simply, mostly out of a suitcase in hotels. We all know that good health is much more important.”

Reeves believes strongly in good karma and that has been very apparent in his life, putting his focus on positive energy. “Energy can’t be created or destroyed, and energy flows. It must be in a direction, with some kind of internal, emotive, spiritual direction. It must have some effect somewhere,” the Matrix actor stated.

Well, it truly doesn’t get any more positive than the clip we’re about to witness, showing Keanu at the LAX airport.

Getting Through The Airport Wasn’t Easy For Keanu Reeves

He has all the money in the world, yet back in 2015, Keanu Reeves still decided to take a flight out of LAX, surrounded by us normal folks. To make matters even greater, Reeves took the flight on the day of his birthday. Truthfully, most of us might’ve spoiled ourselves on that day and took a flight private… but not Keanu.

On that given September day, the airport staff looked a little confused, as the actor basically walked almost the entire airport without any assistance. Did the actor complain or get aggravated? Absolutely not, instead, he decided to stop for as many pictures as he possibly could have, until a member of the airport staff came to his aid.

The video went viral generating over six million views. In the comment section, fans were praising Keanu for how humble he truly was with everyone, along with the fact that he didn’t once complain.

True Keanu fans know his acts of generosity are a common occurrence, out in LA he’s typically seen chatting with fans about his motorcycle. He never looks too “Hollywood” for any moment, and fans value that.

Labeled as the “internet’s boyfriend,” fans love the actor’s way of life. That was especially evident at LAX on his birthday. The most liked comment praised Keanu for not only flying commercial, but doing so with a bodyguard or large entourage.

“This guy is worth $350 Million and still flies regular planes, nobody guard or entourage, never loses his cool (even though people wouldn’t let him walk to his gate in peace). If I said he is the most humble superstar actor on this planet, it would be an understatement. I have nothing but respect for him. Such a humble, classy guy.”

“He is my absolute favorite celebrity. He’s the nicest guy and remembers that his fans are his investment. He’s humble and polite. Can’t help but respect him.”

“He just keeps impressing me every time I see something about him. Notice that he poses for fans but covers his face for paparazzi.”

“He’s just a man who is trying to be the best human being he can be … trying to stay grounded.. I salute him.”

Yet another moment showing fans how great Keanu is, no matter what the situation he is faced with. 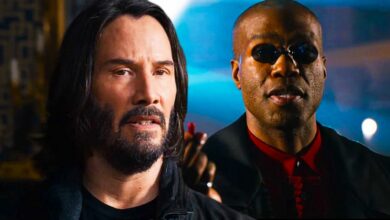 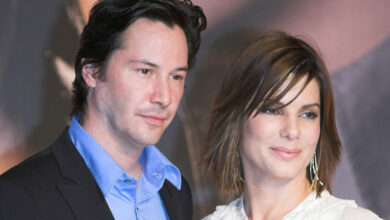 Did You Know: Keanu Reeves Had A Crush On Sandra Bullock & Vice Versa And They Knew Nothing About It While They Were Shooting For ‘Speed’ 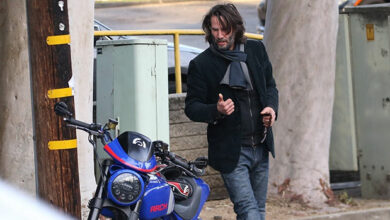