Since its release in April this year, Jeff Fowler’s Sonic the Hedgehog 2 has been breaking box office numbers around the world. The movie is a sequel to the equally – if not more successful – Sonic the Hedgehog, which made its worldwide premiere in February 2020.

The original film had a star-studded cast in its own right, but that was enhanced even further in the 2022 sequel. Jim Carrey, James Marsden and Natasha Rothwell were among the actors who made up the live-action segment of the cast, while Ben Schwartz and Colleen O’Shaughnessey featured in voice roles.

Idris Elba was one of the names that joined the party for the follow-up movie. With the franchise continuing to enjoy great success on the big screen, plans are already underway for a third film. Fans have been clamoring for popular star Keanu Reeves to be added to the production, in the role of Shadow the Hedgehog.

Should such a move materialize, it would see Reeves reunited on screen with lead actor Carrey. The pair collaborated on the 2016 dystopian thriller, The Bad Batch, which is not always well remembered among fans.

What Was Jim Carrey And Keanu Reeves’ ‘The Bad Batch’ About?

The Bad Batch was written and directed by English-born actress Ana Lily Amirpour. A plot summary for the movie on IMDb reads, ‘The Bad Batch follows Arlen after she’s left in a Texas wasteland fenced off from civilization. While trying to navigate the unforgiving landscape, she is captured by a savage band of cannibals led by the mysterious Miami Man.’

‘With her life on the line, Arlen makes her way to The Dream. As she adjusts to life in ‘the bad batch’, she discovers that being good or bad mostly depends on who’s standing next to you,’ the synopsis continues.

The main character Arlen was portrayed by British actress Suki Waterhouse. Game of Thrones and Aquaman star Jason Momoa played the part of Miami Man, while Keanu Reeves appeared as The Dream. Jim Carrey featured as the Hermit, a character who offers help to the Arlen through the story.

What Was The Critical Reception For ‘The Bad Batch’?

Despite having such a strong line-up of a cast, The Bad Batch struggled to receive any meaningful plaudits from critics. On Rotten Tomatoes, the critical consensus is cutting: ‘The Bad Batch has its moments, but it’s too thinly written and self-indulgent to justify its length or compensate for its slow narrative drift.’

Individual reviews were even harsher. ‘The Bad Batch never organizes itself around a coherent idea or works up the urgency to pay off its premise,’ Scott Tobias of Uproxx observed, ruing the wasted potential of a great story. Vox’s Alisa Wilkinson concurred with those sentiments, as she wrote, ‘The Bad Batch squanders its strong start and rich setting on a too-thin plot.’

On Roger Ebert, the film was panned even more. ‘Ultimately, it’s impossible to ignore that this is a film with neither engaging emotional threads nor the kind of panache that makes such cinematic mayhem worth it,’ critic Angelica Jade Bastien noted.

As with the critics, The Bad Batch failed to make an impact with audiences. The picture only grossed a measly $201,890 at the box office, against a production budget of $6 million.

Will Jim Carrey And Keanu Reeves Reunite In ‘Sonic the Hedgehog 3’?

As a matter of fact, Keanu Reeves is just one of a few actors being touted for the role of Shadow the Hedgehog in the third, upcoming installment of Sonic the Hedgehog. Robert Pattinson, Keith David and Pedro Pascal are among other stars who have been linked with the part.

Reeves appears to be a strong contender among fans at least, if comments on social media are anything to go by. ‘There’s only one man that can play Shadow the hedgehog flawlessly in Sonic The Hedgehog 3,’ a fan on Twitter comments, alongside a side-by-side photos of The Matrix actor and the video game character.

There are those who feel that Reeves might not work in the role, simply because he is too big for it. ‘[Keanu’s] got the right tone in general, but I do think he’d sound very much like…well, like himself. Might be hard to ignore,’ a comment on Reddit reads.

Reeves is currently working on two of his upcoming projects: DC League of Super-Pets and John Wick 4. 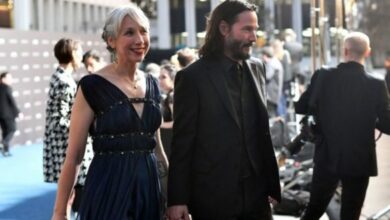 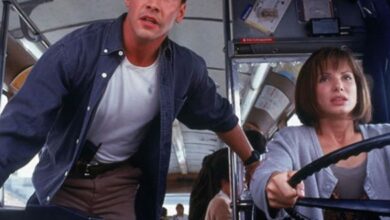 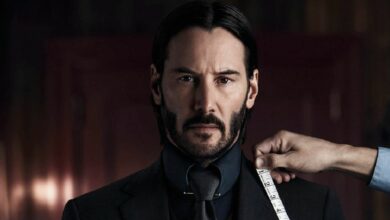 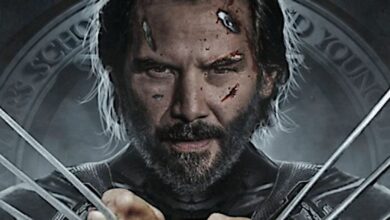