Brad Pitt and Angelina Jolie’s daughter Shilo returned to the Millenium Dance Complex to dance with her talented dance troupe to ‘Vegas’ by Doja Cat.

Angelina Jolie may be able to land the biggest movie roles, but her 16-year-old daughter, Shiloh Jolie-Pitt, knows how to land every move! The talented daughter of Angie, 47, and Brad Pitt, 58, tore up the dance floor in a video (seen here) released on YouTube by pro dance instructor Hamilton Evans on June 12. She and other members of her dance school, based out of the prestigious Millennium Dance Complex in Los Angeles, California, danced to Doja Cat‘s new single “Vegas”, which is featured in the Elvis soundtrack. Shiloh, the second youngest of her five siblings, was featured front and center in the video and donned a casual outfit composed of a Beatles t-shirt, black sweatpants, and Vans sneakers

In an EXCLUSIVE interview earlier in the month, an insider close to Angelina shared with HollywoodLife that Shiloh has a natural talent for dancing, which she discovered after her famous mother signed her up for dance class when she was younger. “Angelina has made a huge effort to nurture her kids’ interests in all kinds of things and over the years. [S]he’s enrolled them in everything from art classes to computer programming to martial arts and at one point or another, all the kids have tried out dance lessons,” they noted. The source added that Shiloh is quite “committed” to dance.

Furthermore, the insider revealed that Angelina is blown away by her daughter’s ability to effortlessly move. “Angelina‘s amazed by how talented Shiloh is, but more than that she loves to see how happy Shiloh is when she’s dancing,” they divulged. “A career in dance is something that she could pursue one day, but Angelina is not pushing her in that direction at all, she encourages her to do it simply because it makes her happy.”

Angelina Jolie Out & About With Her Kids: Photos With Shiloh, The Twins & More

Shiloh has been spotted in a few dance videos throughout the year. In April, another video captured at Millenium Dance Complex in which Shiloh showed off her moves was posted to YouTube, that time onto Millenium’s own channel. Shiloh, along with others, danced to Ed Sheeran‘s hit song “Shivers” with choreography by Coby Mosby. She was a bit harder to spot, as she was dressed in an all-black ensemble consisting of a hoodie, sweats, and a face mask. In May, Shiloh was featured in a video dancing to Lizzo‘s “About Damn Time” with choreography once again created by Hamilton Evans. The video was shared on a YouTube page dedicated to dance clips of Shiloh. HollywoodLife has not confirmed that the page is directly affiliated with Shiloh.

In addition to being spotted in dance videos, the talented teenager has been spotted leaving dance class several times. Kudos to Shiloh for pursuing her passion!Related Link 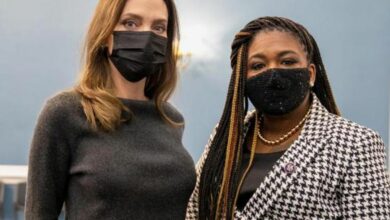 Angelina Jolie met with Mitt Romney, other senators. What did they talk about? 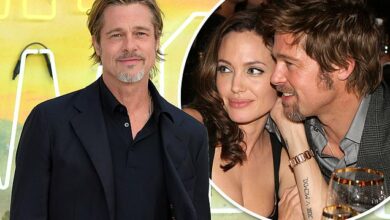 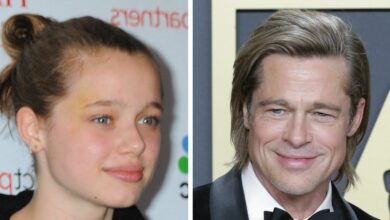 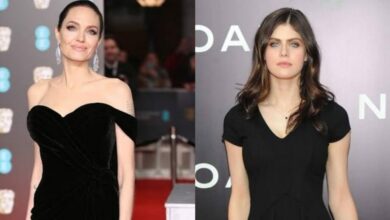 Black Always For The Win: Times When Angelina Jolie & Alexandra Daddario Made An Outstanding Statement Entry In Black: Check Here