Bella Hadid is all about those bangs!

In recent weeks, the runway supermodel, 25, has been sporting a chic set of bangs with her natural wavy locks. The style is reminiscent of the cool girl aesthetic donned by ’90s icons like Britney Spears and fellow catwalk model Kate Moss while also tuning into the effortless wind-swept fringes belonging to ’60s cool girls like Jane Birkin and Brigitte Bardot.

How she styles the do is, however, solely Bella. The Kin Euphorics co-founder has sported many of her signature looks with her new bangs.

Last weekend, she debuted the wispy curtains with a cheeky, sporty look – a mini skirt teamed with a fashion-forward oversized baseball jersey and a gold chain, shoulder bag and knee-high socks for accessories. She went with a curly Marie Atoinette clipped up ponytail and bangs.

Other Y2K inspired looks followed including a beachy white halter dress embroidered with beads and gold bangles and an early athleisure concept complete with a sheer graphic tee and low-rise yoga pants. For those looks she left her hair unsettled, letting her natural texture work its magic.

Of course, Hadid never fails to show up in a fashionable look, whether she’s out on the town or looking glam on red carpet events.

Earlier this month, she attend the screening of The Innocent (L’Innocent) during the Cannes International Film festival in two show-stopping vintage Versace ensembles styled by Law Roach.

For her red carpet look, she wore an off-the-shoulder gown with a dramatic peplum detail designed by the late Gianni Versace in 1987 for the Teatro alla Scala production of the opera Salome. Her second look, which she wore to the Cannes Anniversary Dinner, was a sexy, skin-showing dress pulled from the house’s Fall 2001 Ready-to-Wear collection.

Different from her latest hairstyle, Hadid chose a slicked back, braided bun with a face-framing side piece for her appearances on the French Riviera.

She also attended this year’s Met Gala, decked out in latex, pearls and lace courtesy of Burberry’s chief officer Riccardo Tisci. “…I tried to limit it to the period from 1895 to 1903,” she told Interview magazine on how her Gilded Glamour ensemble was made. The process involved a 25-page presentation made by Hadid herself

Although the model is known to turn heads with her experimental fashion, she opened up about her struggles with mental health in an interview with WSJ. Magazine for the outlet’s “My Monday Morning” series published earlier this year.

She noted that she was “in such a weird place mentally that it was really complicated for me to get out of the house and put an outfit together, especially with the anxiety of [paparazzi] being outside and all that,” and share how fashion helped her cope with all of this.

“In the last year, it was really important for me to learn that even if people talk about my style or if they like it or if they don’t, it doesn’t matter, because it’s my style,” she said.

“When I leave the house in the morning, what I think about is: Does this make me happy? Do I feel good in this and do I feel comfortable?” she added. 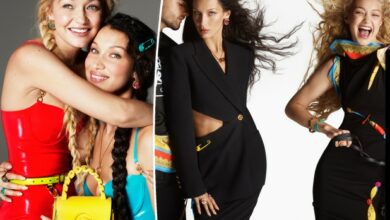 Bella and Gigi Hadid team up for Versace campaign 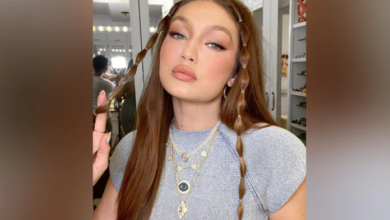 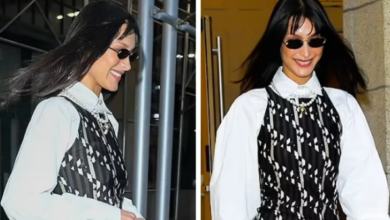 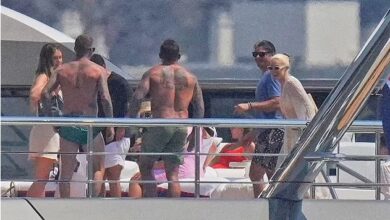 Welcome aboard! Gigi Hadid receives big hug from shirtless David Beckham as she joins his family on their chartered $2.2M-per-week yacht in Saint-Tropez