Some of the action scenes that will appear in the upcoming film, John Wick: Chapter 4 were actually ideas suggested by the film’s star, Keanu Reeves.

Even though it’s still a ways away, we can’t wait for the fourth John Wick film to be released. Therefore, when the legendary actor Keanu Reeves mentions even the tiniest of detail to do with the upcoming film, we listen.

When Reeves attended CinemaCon, he revealed to The Hollywood Reporter that he came up with a few ideas that were then added and shot for John Wick: Chapter 4.

Both of these ideas were even seen in the John Wick: Chapter 4 sneak-peak footage that was exclusively played for lucky fans who attended CinemaCon – after a scene where John says, “I’m going to kill them all,” a montage of epic action scenes plays.

This included, of course in true John Wick fashion, fight scenes but also John riding in the desert on a horse and engaging in an enthralling car chase; so not only can Reeves act but he can come up with great ideas for action scenes. Who knew?

Chad Stahelski, director of all four John Wick films, also spoke to The Hollywood Reporter at CinemaCon and disclosed that all the action-packed moments in John Wick: Chapter 4 actually stem from John’s suffering.

“​​We keep finding new and interesting ways to have John Wick suffer. That’s where the action comes from. Figure out how to make him suffer, and then design backward.”

It’s interesting that Stahelski mentions that John’s suffering is instrumental in John Wick: Chapter 4 as his comment just adds further proof that the theory that John Wick represents the five stages of grief is true – you can read more about the theory here. 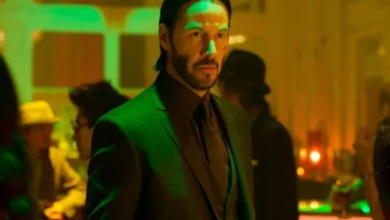 Why Keanu Reeves and Sandra Bullock Didn’t Date, Even After Confessing They Had Crushes on Each Other 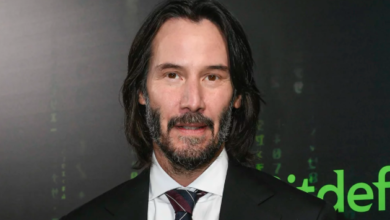 Keanu Reeves on Starring in Possible Future The Matrix Movies: ‘If She Invites Me Again, I’m In’ 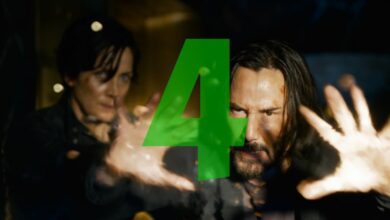 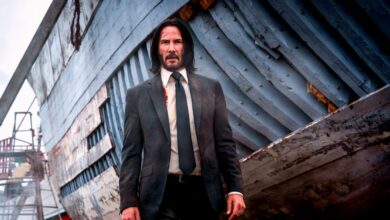