Angelina Jolie was making her mark in the late 1990s, appearing in one film after another. In 1998 she released three movies, and she did the same again in 1999. One of these movies was more memorable than the rest. Girl, Interrupted began streaming on Netflix at the start of 2022, and fans are rediscovering the movie and its star-studded cast, which has always been more popular with audiences than it was with critics.

Girl, Interrupted stars Winona Ryder as an 18-year-old named Susanna. After drinking a lot of alcohol and taking some aspirin during a nervous breakdown, she’s checked into a psychiatric hospital against her will. Susanna meets a number of people suffering from various mental illnesses, many of them seemingly friendly to her, but it’s Angelina Jolie’s character who steals the show. Angelina Jolie plays Lisa. Her character begins giving Winona Ryder advice on how to do things like not take her medicine. Lisa is charming but clearly dangerous, and definitely a rebel.

Angelina Jolie joined a large cast in this film. Some of the stars were more popular in 1999, and some, like Elizabeth Moss (The Handmaid’s Tale, The Invisible Man) are more well known today than they were at the time. The cast includes names like Jared Leto, Brittany Murphy, Clea Duval, and Whoopi Goldberg. Critical reviews on the movie have always been mixed. Today, Rotten Tomatoes gives the movie a 53% with critics. However, audiences have enjoyed the movie a great deal more. They have the film at an 84% audience score. It’s easy to see why the film is gaining traction today on Netflix.

While critics were divided on the film itself, they did enjoy Angelina Jolie’s performance. The actress gained a lot of momentum in her career after this 1999 release. She even won an Academy Award for Best Supporting Actress for the role.

While fans may be tuning in to catch Girl, Interrupted on Netflix today, and Angelina Jolie’s career gained a lot of ground from the performance, audiences didn’t show up to see this one in theaters. The year 1999 saw a lot of major movie releases; it was the year The Matrix, Green Mile, and Cruel Intentions were all released, so there was some competition out there for the attention of audiences, which may account for some of how this movie turned into a box office flop.

Girl, Interrupted was made on a budget of $40 million. It pulled in $48.3 million at the global box office. While studios don’t release all the numbers on what their movies needed to make in order to break even, the general rule is that a film needs to earn three times its budget in order to be a Hollywood success. Because of the take for movie theaters, Angelina Jolie’s Girl, Interrupted likely cost the studio money to make. That may not have worked out perfectly for them, but it has given Netflix a cult classic ready for audiences to explore today.

Angelina Jolie followed up the psychological drama of Girl, Interrupted with some high profile action movies. She starred in Gone In 60 Seconds with Nicolas Cage. Then she took her first run as Lara Croft. Today, she’s in fewer movies than she was 20 years ago, but is still a high-profile actress. Fans recently caught her in Eternals for Marvel, where she played Thena, an eternal losing her grip on her mind. She has yet to confirm that she’ll be returning to Marvel to play the character again, though many are anticipating that her character will be shown again in the future.

As for what else the actress may do in the future, Angelina Jolie’s career is wide open. She’s worked as a director. Will she return to working behind the camera? Sequels to the Disney hit Maleficent are expected to happen, though no announcement from the studio has been made. With so many years under her belt in the industry, and such a high-profile name, it’s easy to see her succeed in whatever she decides to pursue.

She has often made headlines for her relationship with Brad Pitt. They starred in the 2005 movie Mr. & Mrs. Smith together, bringing more attention to their relationship. They stayed famously unwed for years, only to briefly marry and then divorce in 2019. Unfortunately, they are still in court dividing their assets. 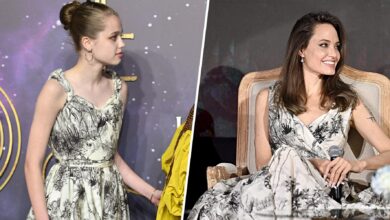 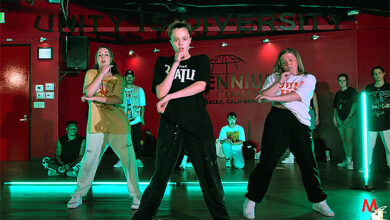 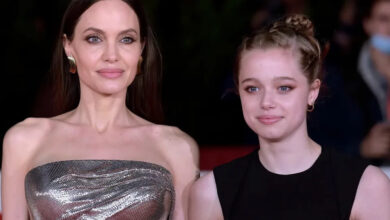 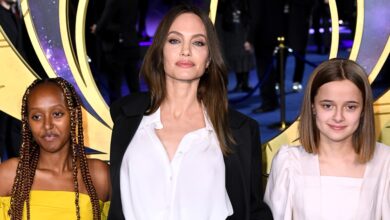