Season 7 of AMC’s original zombie apocalypse spinoff is officially done; here’s everything we know about Fear The Walking Dead season 8. Only a handful of episodes remain in The Walking Dead’s main series, but zombie fans needn’t worry – an embarrassment of spinoffs are lined up, including Isle of the Dead, a Daryl Dixon solo adventure, and a Rick Grimes movie. Fear The Walking Dead will also stagger on, reaching the impressive milestone of 8 seasons since 2015.

Fear The Walking Dead season 7 concerned itself largely with the previous season’s (quite literal) fallout, a nuclear wasteland further complicating the already less-than-ideal undead environment. Victor Strand ascended to leader of The Tower, but his community fell. Morgan Jones gathered everyone together after season 6’s separation, but their submarine proved too unstable. Despite the tensions between them, both sides put aside their differences in the name of survival and building for the future.

Fear The Walking Dead‘s season 7 finale transparently sets up the spinoff’s next chapter, which was officially confirmed in December 2021 ahead of filming in June 2022. New battle lines are drawn, fresh enemies are made, and familiar faces return. This is what we know so far about Fear The Walking Dead season 8.

Season 7’s finale neatly sets up the main plot for Fear The Walking Dead season 8. PADRE is revealed as a powerful, kid-stealing community, and has abducted Mo (the baby) thanks to a misguided Madison Clark. Kim Dickens’ returning hero has a change of heart and resolves to help Morgan get the child back. Season 7 ends with the pair infiltrating PADRE from inside, going undercover by masquerading as allies. Morgan’s ruse means PADRE is now looking for the inflatable rafts containing Fear The Walking Dead‘s remaining cast members, leaving season 8 primed as a battle between all our protagonists and PADRE. Pricked by their conscience, you’d expect the gang to go further than just merely Mo (the baby), and put a stop to PADRE’s evil one and for all.

Based on how season 7 ends, the main cast members for Fear The Walking Dead season 8 will be Lennie James as Morgan Jones and Kim Dickens as Madison Clark. Indeed, Dickens is confirmed as a series regular for the first time since her season 4 exit. Everyone who departed on the inflatable rafts in Fear The Walking Dead‘s “Amina” episode should also be back. That means Colman Domingo’s Victor Strand, Austin Amelio’s Dwight, Danay Garcia’s Luciana, Jenna Elfman’s June, Rubén Blades’ Daniel, Karen David’s Grace, and Mo Collins’ Sarah.

Some names are less certain. Charlie (Alexa Nisenson) wasn’t looking too healthy in her last Fear The Walking Dead appearance, and might be afforded an off-screen death between seasons. Jacob (Peter Jacobson), Wendell (Daryl Mitchell) and Josiah (Demetrius Grosse) all faded into the background at points across Fear The Walking Dead season 7, and whether that trend continues remains to be seen. A particularly significant cast inclusion is Christine Evangelista as Sherry, who’s now carrying a baby. Morgan mentions her specifically to PADRE, implying an important role for Sherry in the episodes ahead. 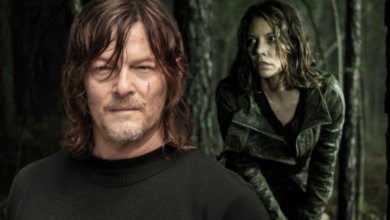 When Does Walking Dead Season 11 Part 3 Return? Everything We Know 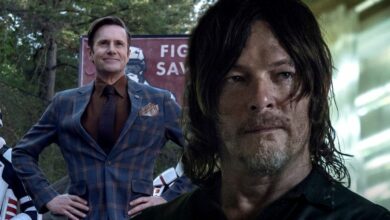 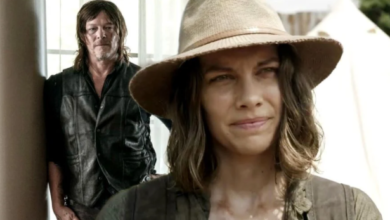