Season 7B of Fear the Walking Dead is a microcosm of the entire series. There have been some nice moments and a lot of potential, but poor writing has gotten on fans’ nerves. “Follow Me” started things off on the wrong note, and there hasn’t been a lot to remedy that in the episodes since. Blatant plot armor and multiple useless, one-off characters have become the defining traits of the latest batch of episodes.

The whole season has supposed to have been building up to a massive war for the Tower. It’s been slow going, but many viewers believed that this week’s episode would finally show the conflict and validate all of Season 7B’s flaws. It would have been a great way to bolster fans’ opinions of the season, but that wasn’t the case. “Divine Providence” has FTWD fans up in arms on Reddit — and not in a good way. Here’s why.

Alicia and her army approached Strand’s tower as the episode opened, so it looked like blood was in the air. But Strand, contrary to expectations, asked Alicia to talk and share a drink. His big plan was to trap Alicia inside the tower and make her understand his evil deeds. Alicia’s response was to take Strand hostage, but it wasn’t long before they were on the same team. Then they weren’t again. Then they were for a second before they ended the episode at odds. Strand has always backed the winning side, but his constant changes of heart were ridiculous.

Howard Would Have Been a Better Militia Leader Than Wes

Over the past few weeks, FTWD ruined Wes’ character by making him a villain. This week, it got even worse. When he figured out that Strand was going to make good with Alicia, he went full-on baddie and led a mutiny against Strand. If Strand’s former right-hand man Howard had mutinied, it would have made sense — because he had been around from the beginning. However, fans were supposed to believe that Wes (who’d only been a part of the Tower for two or three episodes) started, manned and inspired a whole mutiny against the man who founded the refuge.

How Many Times Can Alicia Faint and Be Fine?

FTWD has been teasing Alicia’s death for a while now, but she only gets seriously ill when it’s convenient for dramatic effect. In some episodes she’s been completely fine — but in “Divine Providence,” it felt like she fainted before every commercial break. But she was suddenly fine again when the action resumed. Her fainting spells were only a way to try and heighten tension, and after the second or third time, the idea was overdone. Maybe all of Strand’s flip-flopping making her dizzy?

For Goodness’ Sake, Just Shoot Somebody

There’s a time for characters to settle differences, but there’s also a time to just pull the trigger. Everyone in the episode had declared war against each other, but there was very little war and so many conversations. This is a zombie apocalypse; not everyone is worth saving, and at this point, everyone is a pretty good shot. It was the same story multiple times over: characters have a lengthy discussion, shoot at each other blatantly, then run away. The complete lack of execution (literally and figuratively) was worth a dramatic eyeroll.

Plot armor has become the modus operandi for Fear the Walking Dead, and “Divine Providence” was another example. The whole plot revolved around Alicia and Strand trying to get to the roof to turn off the walker-drawing beacon. But no one thought to just shoot the beacon from the ground. Secondly, they were heavily outnumbered and still accomplished their task. Thirdly and most annoying, Alicia’s army did absolutely nothing to help the situation. They just assumed Alicia was okay the whole time.

Fans had plenty of reasons to feel put out by this episode, which didn’t do anything to improve Season 7B’s reputation amongst viewers. In fact, it might have made the reaction worse. “Divine Providence” was everything that’s been wrong about the last few episodes and then some. 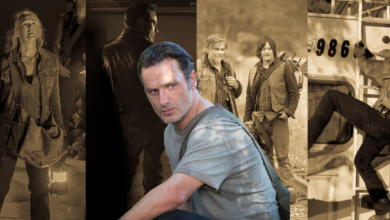 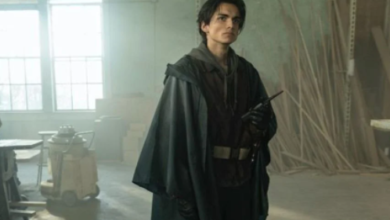 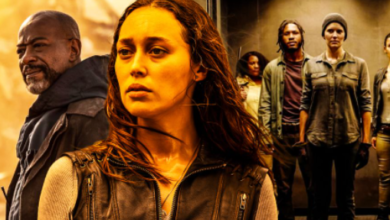 Fear The Walking Dead Finally Delivers On Its Season 4 Promise 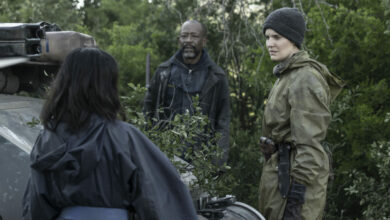