Happy birthday, Megan Fox! The actor turns 36 today—and that’s as good an occasion as any to look back on the star’s inimitable red carpet style over the years. She has a strong affinity for bodycon silhouettes, sexy slits, and dresses that make you do a double-take (remember her “naked” Mugler dress at the 2021 VMAs?). But this is nothing new; she’s been a red carpet siren for well over a decade.

Fox has been acting since she was a teenager, but she was thrust into the Hollywood spotlight when she landed a leading role in 2007’s Transformers. Looking back on her fashion choices during this era, it’s clear that Fox’s signature vampy aesthetic has always been alive and well. For the Transformers 2 premiere in 2009, for instance, she opted for a slinky, one-shouldered Roberto Cavalli gown that had a circular cutout at the hips. That same year, her one-shouldered Donna Karan gown with elegant draping also packed a punch.

In the years that have followed, Fox has only continued to experiment with form-fitting pieces that strike the right balance between timeless and avant-garde. Alongside her new fiancé, Machine Gun Kelly, she’s leaned into the latter category. At the Dolce & Gabbana menswear show earlier this year, Fox wore a lace camisole with lace-up pants, while Kelly complemented her in a crystal-embellished suit. At last year’s Billboard Awards, Fox’s revealing Mugler gown with full-frontal cutouts had the whole internet talking. Kelly let her shine in a discreet black suit.

While Fox has veered more edgy with fashion these days, thanks in part to her stylist Maeve Reilly, her early penchant for glamorous dresses has never gone away. At the 2021 Met Gala, she pulled off a red lace-up Dundas gown with a plunging neckline in a way that only she can. No matter that the occasion or event is, Fox always shows up with a totally-committed look that oozes sex appeal. And for that reason alone, she remains one of Hollywood’s best-dressed vixens.

Below, more of Fox’s best looks over the years. 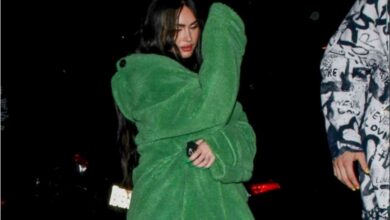 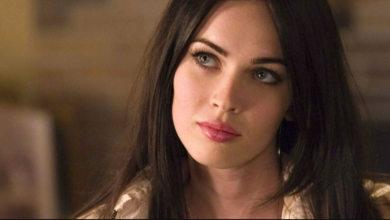 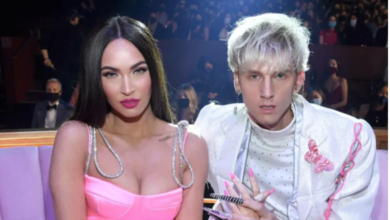 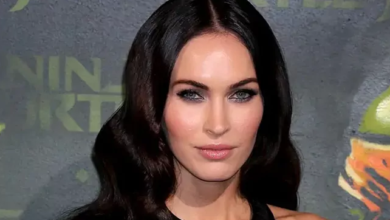 Megan Fox net worth: How big is the actress’ wealth?