Fear the Walking Dead’s Dwight and Sherry are on the rocks once again, but the show’s solution to their doomed marriage is an age-old trope that’s only worthy enough to be read in fanfiction. That’s right — Sherry’s pregnant and there’s nothing to be celebrated for it. This is better than the show’s weird teen romance detour, but not by much.

Dwight and Sherry originally made their appearance in The Walking Dead as two Saviors escaping the Sanctuary. But the two returned and were separated with Dwight as Negan’s lieutenant and Sherry as one of Negan’s “wives.” Moving over to Fear the Walking Dead, the majority of their story has been getting past the events at the Sanctuary by joining Morgan’s group and then forming their own group, the Dark Horses.

It’s hard to guess if they’re still a part of the latter, in which they’re “an ethical force of outlaws that use vigilante justice.” That’s no joke. That’s literally how they describe themselves, because apparently the likes of Daredevil and Moon Knight exist in Fear the Walking Dead nowadays. Dwight and Sherry formed the group — if it can even be called that since there’s, at most, three people in it — along with Rocky Balboa 2.0 Mickey, who disappeared into pure oblivion. So it’s just Dwight and Sherry once again, trying to uphold this code that no one else may care about.

In hindsight, the code isn’t bad. Vigilantes are cool and all, and at least it’s more dynamic than the chaotic evil and lawful good that Strand and Morgan are on, but it gets really annoying when it’s become the crux of their relationship and even characters in Fear the Walking Dead think it’s ridiculous. Marvel’s Daredevil series worked well because it was a superhero series, and Matt Murdock had people like the morally sidetracked Elektra or Stick combating his beliefs about sparing lives. Matt also never mentioned the word “code,” which at this point should be considered part of the Walking Dead dictionary alongside “walkers.”

Fear the Walking Dead should just let Dwight and Sherry be toxic and show how horribly bad they are for each other. Every episode they have together, Sherry has this aching concern that Dwight will turn to the dark side with Strand, as he once did with Negan. Dwight clearly cannot comprehend that Sherry is terrified to death to have a baby — considering what happened last time someone gave birth on this show — and he’s just thinking, “This baby will win the war and fix my marriage, pronto.”

Austin Amelio and Christine Evangelista should be applauded for their acting contributions, especially with the heavy and dramatic scenes they were given, but that still doesn’t fix Dwight and Sherry’s relationship. Despite all the heartfelt moments they’ve had together, these two got major issues Fear the Walking Dead is unwilling to address. The whole pregnancy plotline is undoubtfully going to be a controversial issue, especially given Sherry’s hesistancy to even acknowledge she might be pregnant. It also doesn’t help that the two of them have zero communication skills, which is is almost always their main problem in their solo episodes.

Dwight and Sherry aren’t Glenn and Maggie, whom they’re trying so very hard to duplicate. Dwight and Sherry would be so much more interesting and complex if Fear the Walking Dead just let them be complicated — because the main difference between these two and Glenn and Maggie is that Dwight and Sherry were already married before the outbreak. It’s no wonder these two never agree on anything, but brushing these issues away because Sherry’s suddenly pregnant is incredibly ignorant. Here’s an idea to fix that: Fear the Walking Dead’s next one-and-done character should be a marriage counselor for Dwight and Sherry to see ASAP — maybe it’ll make for an interesting episode for once.

New episodes of Fear the Walking Dead air Sundays at 9:00 p.m. ET/PT on AMC and are available to stream a week early on AMC+. 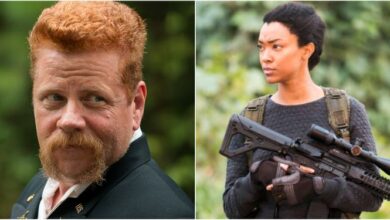 ‘The Walking Dead’: 10 Characters That Should Have Survived Until The End 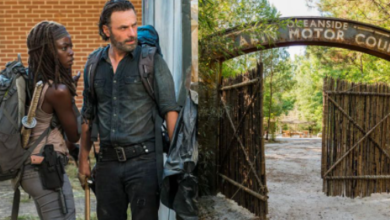 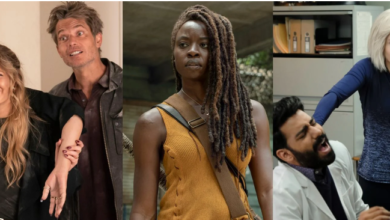 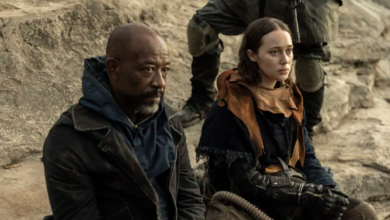 When does Fear the Walking Dead come back on?