Unlike her sister Bella, Gigi’s defining look isn’t denim on denim. Rather, it’s a complete monochromatic aesthetic. Thanks to her new stylist Mimi Cuttrell, Gigi has been seen wearing more matching outfits. Whether she’s in London, Paris, or New York, this is the model’s go-to outfit. It’s a simple styling trick she can pick up in a matter of minutes.
According to Gigi’s looks, there is only one key to following this trend: wear your favorite separates in the same hue. Then, if desired, add accessories and shoes for a splash of color. An all-gray or cream-colored outfit, on the other hand, looks excellent. We all know Gigi is a master of the monotone look.
Gigi chose a full-on custom blue ensemble by Pamella Roland for Bella’s birthday. Stuart Weitzman satin shoes and a Tyler Ellis box bag completed her ensemble. Gigi paired her grey The Row hoodie with a patterned pair of H&M leggings in the same tone. For added comfort, she put on a pair of Alexander Wang slides. Off-duty, a model’s style frequently consists of all-black ensembles.
Gigi wore red Le Specs eyeglasses and a red sweatshirt that she knotted over her neck to change things up. Gigi wore a Stephanie Rad large collar turtleneck with matching cream-colored leggings for a cold day in NYC. To show off h 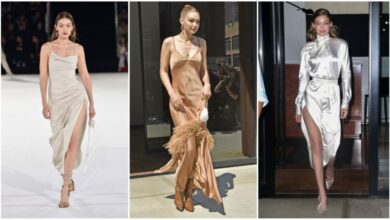 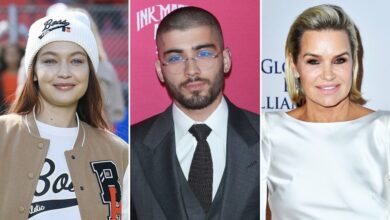 Back Together? Where Gigi Hadid and Zayn Malik Stand Today After His Altercation With Yolanda 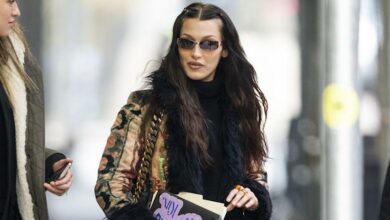 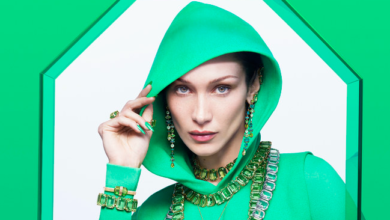