The Walking Dead franchise is holding on by a thread. The flagship series is coming to an end after Season 11; Fear the Walking Dead has outlived its premise with a subpar opening to Season 7B, and now one of the franchise’s newest spinoffs is floundering. Rumors circulated for about a week, but on April 27, AMC made it official: Melissa McBride will no longer be in TWD’s untitled Carol and Daryl spinoff. making it just a Daryl spinoff.

There’s no question that that news is disappointing. In fact, some fans think that McBride’s departure will tank the series, saying that Norman Reedus won’t be able to carry it by himself. However, that may be a premature conclusion. When AMC announced that McBride was exiting, they also dropped a potential hint about the series’ plot that suggests the Carol-less Daryl and Carol spinoff still has potential connected to another fan-favorite character.

When the Daryl and Carol spinoff was announced in 2020, fans expected the series to follow Daryl and Carol on a road trip to New Mexico, based on a conversation between Daryl and Carol in Season 10. The New Mexico theories have been proven wrong because an AMC representative confirmed to TVLine that the new series would be set and filmed in Europe. That fact is why McBride dropped out, as it was “logistically untenable” for her to move overseas.

But there might be a silver lining in the additional detail that the now-Daryl spinoff is also going to take place in Europe. If you’re not familiar with other TWD spinoffs, that may not seem like a huge deal. But for fans who have seen The Walking Dead: World Beyond, the mention of Europe is a massive revelation.

World Beyond was a limited series that finally explored the CRM after it was teased in both TWD and FTWD. The most interesting part of the series was a post-credits scene set in Europe — which introduced a new walker variant that could run. While the idea of Daryl hunting running walkers is certainly an entertaining idea, that’s not enough to build a show upon. However, add that into what’s happening in Season 11 of TWD, and there might be a bigger premise.

Season 11 of has been all about the Commonwealth, the survivors are busy waging a war with a brand-new Batman-style villain. Somehow that has to end in a way that connects to both Maggie and Negan’s Isle of the Dead spinoff and Daryl’s Europe-based spinoff. There’s only one thing that could make Daryl go to Europe without his friends — and that’s the news that Rick Grimes is also in Europe.

Daryl looking for Rick would make so much more sense than Carol and Daryl going on a road trip by themselves. They still have Judith and RJ to worry about (especially with Daryl acting as the children’s surrogate father), and there’s no way that they would just up and leave the kids to go adventuring. There has to be a bigger purpose for Daryl, but an inkling that Rick — their actual father, his close friend and a huge part of the survivors’ effort — could still be alive would be big enough. By revealing that the spinoff is set in Europe, the TWD creatives may have put that premise on the table.

Nothing has been confirmed yet, but a spinoff with even the vaguest idea of reuniting Reedus and Andrew Lincoln would certainly soften the blow of not seeing Reedus and McBride’s characters together again. 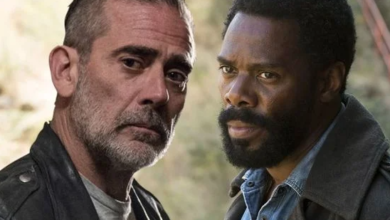 When will The Walking Dead return with season 11C? 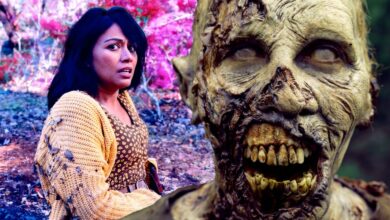 Fear TWD: Why Grace Doesn’t Want To Hear The Song 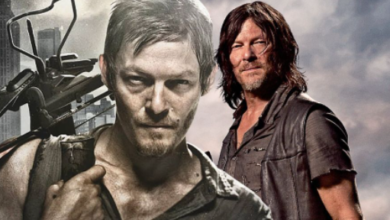