The Walking Dead might be coming to an end soon, with several spin-offs in the making, despite the recent news that Melissa McBride, who plays Carol, has exited the spin-off she was set to appear in alongside Norman Reedus (Daryl). Every season of the show to date has introduced a new primary antagonist, including Lance Hornsby in the final season 11. From The Governor’s beheading of Hershel to Negan bashing Abraham and Glenn in their heads, each has been a brutal enemy.

Some other conflicts on both The Walking Dead and its first spin-off Fear the Walking Dead, however, involve individuals going head-to-head versus leaders of groups finding Rick or Madison/Morgan and their respective groups. In these cases, rivalries between the two individuals drew out much longer, and were intense. Not surprisingly, a few involve the same men, like Negan. But there are others as well.

Daryl and Beta’s rivalry wasn’t as long as some of the others, but they had one of the most intense fist fights ever on The Walking Dead. Both their respective leaders’ number twos, and the perceived muscle of the group, Beta was larger in size and seemingly impossible to take out.

Daryl, meanwhile, was a skilled and intelligent fighter, which helped him become victorious against Beta. But this wasn’t before the two met face-to-face and attempted to end one another in epic fashion. The fight even included a drop down an elevator shaft that would have almost certainly killed anyone but Beta.

This rivalry from Fear the Walking Dead was a lengthy, drawn out one. It was Melvin’s nature with his group the Vultures to lie in wait, antagonizing a community little by little until he finally broke them down and took over. Melvin, one of the most menacing villains on Fear the Walking Dead, camped outside the entry to the baseball diamond and continued to keep Madison on edge, never sure when or how he might strike.

The rivalry ended in epic fashion, with Madison presumed dead (though now confirmed to be alive), sacrificing herself for the sake of her kids, and Melvin begging for his life at the hands of Alicia, who brutally murdered him in retaliation.

Another rivalry from Fear the Walking Dead, Victor and Daniel didn’t like one another from the onset. Daniel has a particular knack for reading people and he instantly knew that Victor was a conman.

Their rivalry spanned several seasons and was never really resolved. It involved Victor, however, shooting Daniel in the head, almost killing but permanently injuring him. Daniel, meanwhile came very close to killing Victor multiple times. If it wasn’t for others in their group, these two might have gotten into worse physical altercations.

One of the first big rivalries ever on the show was between Rick and Shane, former best friends and police partners who found themselves in a difficult situation once the apocalypse hit. Not only did Shane strike up a relationship with Rick’s wife Lori, believing Rick to be dead, but they had very different leadership styles that started to clash.

The rift brewed slowly as they traveled with their group, fighting over what decisions to make and who should be in charge. In the end, Shane was ready and willing to kill his former friend, but Rick managed to strike first.

Carol and Alpha’s battle was mainly of wits – the pair never physically fought. But there was an unspoken hatred between the two female leaders. Alpha didn’t appreciate Carol’s actions and overconfidence, and responded by decapitating many of her group’s members, including her adopted son Henry, and mounting them on sticks to mark a boundary.

Carol played the long game, however, working secretly with Negan to have him infiltrate the Whisperers – one of the most powerful groups on The Walking Dead – and kill Alpha. There was a quiet intensity to their rivalry that ended full circle with Carol leaving Alpha’s decapitated head mounted on a post just as Alpha had done to her loved ones.

4. Rick And The Governor

Before Negan, there was the Governor. And it seemed like no matter what Rick did, he could not get rid of him. Michonne took out his eye, they killed his reanimated daughter and fought his group. But the Governor continued to persist, wandering aimlessly until he was able to quietly amass a new army of followers and eventually decapitating Hershel.

Rick and The Governor were both strong leaders, but The Governor was sadistic, cruel, and treated his people like cult members while Rick truly cared for his group. The Governor was the first example of how such an apocalyptic situation could push someone over the edge. For Rick, the Governor was like looking in a mirror at the kind of person he did not want to become.

Victor and Morgan never saw eye-to-eye, each very different people who led very different lives. Morgan was a very moral person who saw the good in everyone while Victor lived a life of dishonesty, always looking for weaknesses in people that he could exploit.

Things came to a head following the massive explosion when Victor’s life was spared and he found himself running a successful community while Morgan, who preached helping others, was struggling. The pair have almost killed one another on multiple occasions, yet the rivalry continues.

The tension between Rick and Negan was building even before the two met one another in person. Negan taunted Rick by befriending Carl, while Rick cruelly killed Saviors in their sleep. It was a power struggle like no other.

The rivalry between the two was heightened further when Negan brutally killed Glenn and Abraham, captured Sasha and Daryl, managed to bring Eugene over to his side, put Carl in danger. Once the big battle was over, the rivalry continued, even though Negan was locked up and Rick wanted to leave the past behind him. The intensity reached its peak, but the pair would always remain bitter rivals.

Negan is a changed man, believing that he has atoned for his sins. He spent years in lock up, put his life in danger to go undercover, join this Whisperers, and kill Alpha, and saved many children, including both Judith and Hershel. He had one of the greatest redemptions on The Walking Dead. Despite this, however, Maggie understandably still can’t forgive Negan for the heinous act he committed on her husband and Hershel’s father, even after the passage of many years based on the time jump.

While the two are forced to rely on one another due to circumstance, the tension between them can be cut with a knife in every scene they are in together. With a spin-off series starring the two already confirmed, this rivalry will continue long after the original series ends. 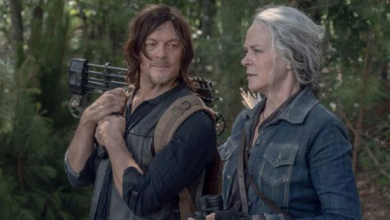 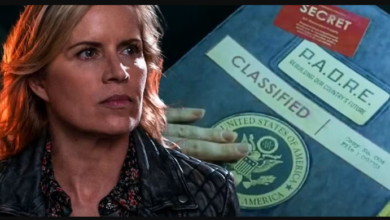 Fear the Walking Dead: PADRE Can Bring the Show Back to Glory 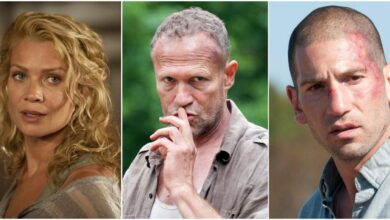 The Walking Dead: 10 Characters We Wish Stuck Around Long Enough To Fight Negan 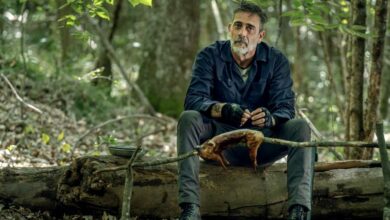