When it comes to Met Gala looks, it’s all about the details. And even the smallest additions can make a big impact.

Of course, this wasn’t the only part of her look that had fans buzzing. Kendall arrived at New York’s Metropolitan Museum of Art on May 2 in a black Prada ensemble. According to the fashion house, her outfit consisted of a tulle top featuring a net embroidered overlay that was paired with a double silk satin skirt, complete with hand-pleated ruche detailing and a long train. The Kardashians star finished off her outfit with 25-carat pear-shaped diamond earrings by Lorraine Schwartz.

She also wasn’t the only member of her family to attend the Met Ball. Khloe Kardashian made her Met Gala debut in a gold Moschino gown, and Kim Kardashian—who, like Kendall, went for a bit of a change by dyeing her hair blonde—arrived in a vintage Jean Louis dress that was sketched by Bob Mackie and originally worn by Marilyn Monroe.

The theme of this year’s Met Gala was “In America: An Anthology of Fashion,” and the dress code was gilded glamour. See the rest of the red carpet looks here and keep up with the Kardashian-Jenner family’s ensembles below. 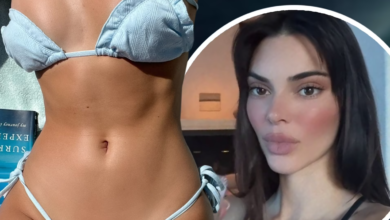 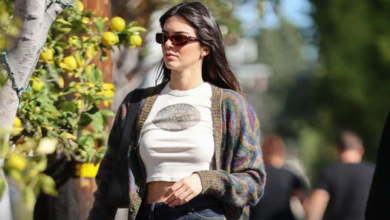 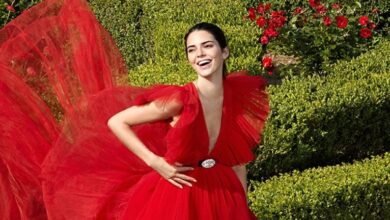 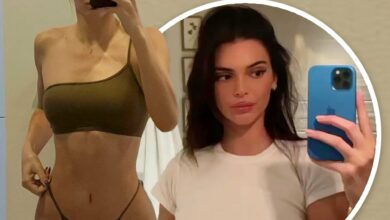