The talented Scarlett Johansson’s versatility and skills as an actress are what have kept the star among the top Hollywood actors.

Johansson started off with her acting career at the early age of 10 and serve her fans with her outstanding acting skills. She has starred in movies like He’s Just Not That Into You, The Avengers film series, Lucy, and many more.

Scarlett has a huge fanbase and the actress keeps on killing with her on-screen performances. The star has also been the world’s highest-paid actress twice in the year 2018 and 2019, along with that she is also the ninth-highest-grossing box office star and the highest-grossing actress of all time.

But it’s just not Scarlett’s films and acting skills that keep her fans invested in her, the gorgeous star keeps on treating her admirers with her flawless looks.

Scarlett has a great fashion sense and has pulled off some really jaw-dropping looks. She has a great hold over fashion and never fails to amuse her fans with her out-of-the-world looks.

From casual and trendy street style looks to glamorous and sizzling red carpet looks, Scarlett has been killing it in all attires.

Today let’s have a look back at times when Scarlett Johansson made us all stop and stare at her mesmerizing looks. 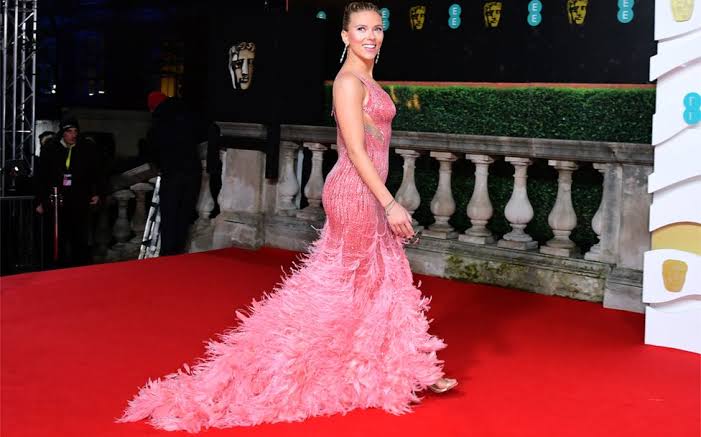 Scarlett looked mesmerizing in the Atelier Versace gown at the 2020 BAFTAs. Looking sizzling hot in the Armani Prive dress at the SAG Awards in the year 2020.

In the custom pink Miu Miu cord set at the premiere of Jojo Rabbit.

At the premiere of Avengers: Endgame in Versace shimmery dress. 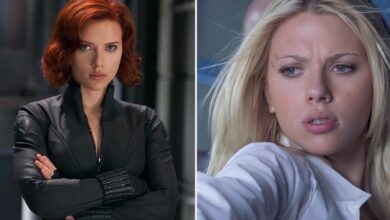 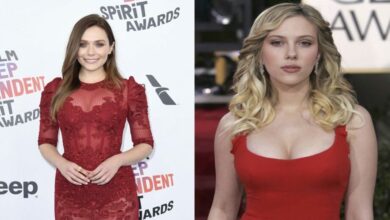 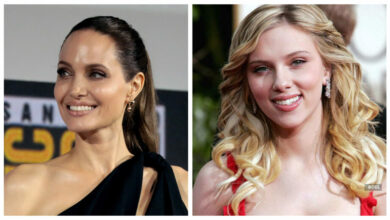 Angelina Jolie vs Scarlett Johansson: Which diva has the best evening dresses? 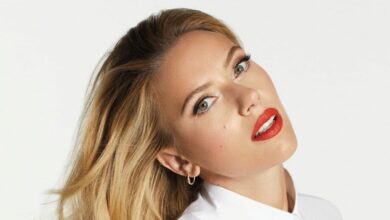