Scarlett Johansson, an American actress, and singer has been the top-paid actress in the world since 2018. She’s renowned as a style icon, and she’s also known for having some unusual tattoos on her body. Let’s get into more depth about her tattoos and their meanings.

1. Two interlocked circles with a letter A in it.

Scarlett got the two overlapping circles inked on her right ankle, which resembles an infinity sign. It’s got the letter ‘A’ on it. But who is this enigmatic ‘A’? We’re intrigued!

On the inside of her left forearm, Johansson had a bright sunrise tattoo. She believes it makes her happy since sunrise is a representation of hope, faith, and novelty, which is a lesser-known fact.

She received a bracelet tattoo on her right hand, not a bracelet. It’s a ‘Thor Hammer’ pendant with the words ‘I NY’ engraved on it. This tattoo was originally spotted in 2002 during the premiere of the film “The Avengers.”

4. Lucky you with a horseshoe

On her right ribs, she received an inverted horseshoe with the message “LUCKY YOU.” This tattoo is thought to bring good fortune and prosperity in all areas. ‘Fuzi Uvtpk,’ a French tattooist and graffiti artist, had etched this tattoo on Scarlett’s torso.

Scarlett’s shoulder blades were etched with a beautiful floral print design including a seated lamb. This huge tattoo on her upper back is a stunning addition to her body art collection.

Scarlett’s left rib cage has a rose-like pattern etched on it. Although she hasn’t revealed the full image of the tattoo, it appears to be a rose surrounded by leaves. A rose tattoo is a representation of love, thoughts and feelings, and passion. It also denotes level-headed love and protection from a jealous and bitter lover.

Scarlett’s never-before-seen tattoo of a “flying owl” was seen, thanks to the dress’s precisely placed cutout! An owl tattoo represents wisdom, understanding, and transformation.

On their skins, all of the cast members of the Avengers film received a matching tattoo of the Avengers logo. Robert Downey Jr. said in an interview, “Five of the original six Avengers have tattoos on their bodies. The tattoo artist was the sixth, who gave it to five of us, with Mark Ruffalo opting out. Johansson came up with the idea, and she and Evans carried it out in New York. Then their amazing New York gentleman, Josh Lord, flew out to Los Angeles and did me, Renner, and then we just mocked Hemsworth into doing it, and he got it.” 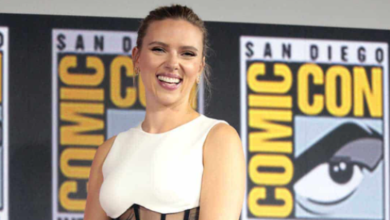 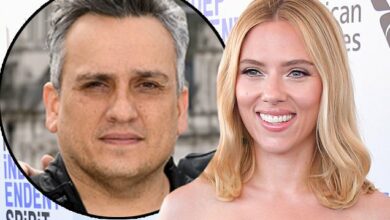 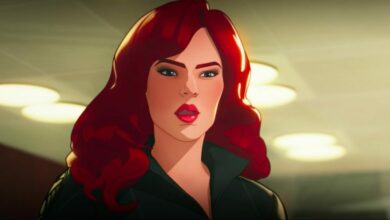 Scarlett Johansson JOINING MCU Again According to This “What If” Theory 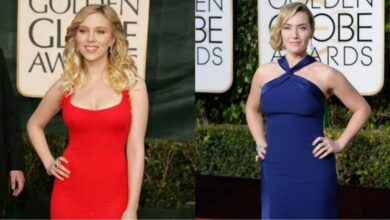