Gal Gadot reveals a hilarious image explaining how she hides her costumes on the set of her various movies. Following her debut as Diana Prince/Wonder Woman in Batman v Superman: Dawn of Justice (2016), Gadot starred in director Patty Jenkins’ Wonder Woman (2017), which cemented her as the quintessential, live-action Amazonian princess.

As one of Warner Bros./DC’s most popular heroes, Wonder Woman continues to influence the DC Extended Universe. Gadot’s fourth outing as Diana and second solo movie, Wonder Woman 1984, released in theaters and on HBO Max in December 2020 amid the pandemic. The film follows its main character as an employee of the Smithsonian Institution while simultaneously combating the Dreamstone and Cheetah (Kristen Wiig). Despite its lackluster performance at the box office and lukewarm critical reception, Wonder Woman 1984 was the biggest streaming release of 2020 thanks to the popularity of Gadot’s superheroine and, perhaps, the debut of her new, comic-book accurate Golden Armor.

Gadot recently took to Instagram to share a throwback photo, which explains how the actress hides costumes like Wonder Woman 1984’s Golden Armor while traversing set. The image shows Gadot sporting a hilariously gigantic robe (or tarp). Check it out below:

Being that this is an unspecified throwback photo, it could have been taken during the filming of any one of her appearances as Wonder Woman. However, it was most likely taken around the time of Batman v Superman or Wonder Woman 1984—films where she was wearing a costume for the first time. As was the case with Henry Cavill’s Superman, Jason Momoa’s Aquaman, Ezra Miller’s Flash, or Ben Affleck and Robert Pattinson’s Batman, studios keep superhero costumes tightly under wraps until an official photo or footage is released. This usually doesn’t happen until at least the start of filming. Similarly, Marvel Studios has hidden their performers in enormous clothing while working on projects like Spider-Man: No Way Home (2021).

Since Wonder Woman 1984, Gadot has appeared as “the God killer” in last year’s Zack Snyder’s Justice League, which is considered superior to its theatrical counterpart and simultaneously a high and low point for the DCEU. Irrespective of Warner Bros/DC abandoning the Snyder-Verse, Gadot and Jenkins will return for Wonder Woman 3 which is expected to hit theaters in 2023 or 2024. On top of that, Gadot is heavily rumored to cameo in the upcoming Shazam! Fury of the Gods, with Rachel Zegler fueling those rumors. That said, Gadot will likely be sporting the above ensemble for the foreseeable future. 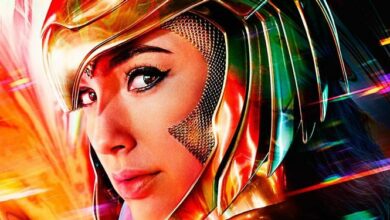 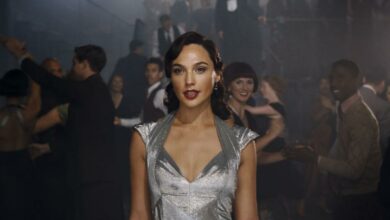 ‘Death on the Nile’ is a fun detective story | Filmaniacs 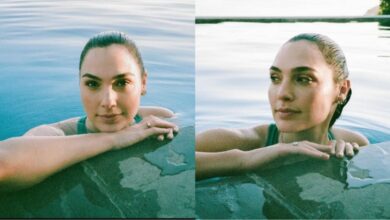