Actress Scarlett Johansson has shut down the rumours that she said haunted her for years now. The Marvel actress was on the ‘9 to 5ish with the Skimm’ podcast where she was asked if she recalls a weird headline or random things she had read about herself.

Johansson continued, “That was a story that followed me for a long time, but I always thought that was outrageous. And also, I always was like thinking to myself, ‘Oh, that would be tough’.”

“The very short period of … the logistics of that seem so unappealing to me. I’m the person who’s terrified of being caught doing something I’m not supposed to be doing. So that made the story even that much more absurd to me, if you know me personally,” the actress concluded.

While actor Benicio Del Toro was not mentioned, he had tiptoed around the speculation about him and Johansson in a 2005 interview with Esquire. “Did I ever have sex in an elevator with Scarlett Johansson after an awards show?” he said, “I kind of like, you know, I, well, I don’t know.”

He went on to add, “Let’s leave that to somebody’s imagination. Let’s not promote it, I’m sure it has happened before. It might not be the last time, either.”

Last year, Johansson gave birth to her and actor Colin Jost’s son, Cosmo. She also has a daughter, Rose, from her previous marriage with journalist Romain Dauriac. 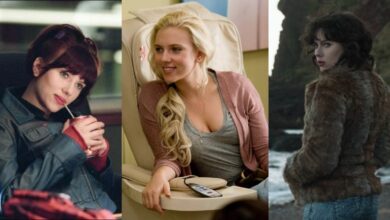 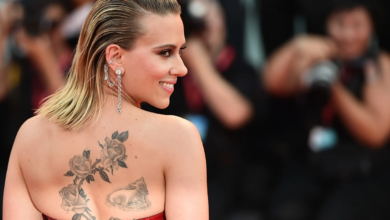 Scarlett Johansson Has a Surprising Number of Tattoos! See Photos and Find Out What They Mean 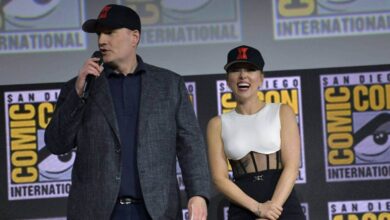 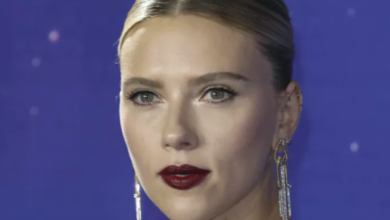