Black Widow actor Scarlett Johansson reveals the biggest challenge she faced while filming Iron Man 2. Johansson first took on the role of Black Widow in the MCU over a decade ago, and her first appearance as the character was in Iron Man 2, which followed Tony Stark as he dealt with both his declining health and a vengeful madman. The film was helmed by Jon Favreau, who had also directed the original Iron Man. The MCU was still somewhat in its infancy at the time of Iron Man 2, and the world hadn’t even been introduced to the full Avengers team yet.

Since her first appearance in Iron Man 2, Johansson has appeared in no less than nine MCU films, including the world-record-breaking films The Avengers and Avengers: Endgame as well as her own solo-film, Black Widow. Over the course of the grand MCU story, both Johansson and Black Widow have been through a lot, including an implied romance with the Hulk and many grueling action sequences. While she is now no stranger to fight scenes at this point in her MCU career, coming from a predominantly drama and comedy background, this was not the case when she signed on to portray Black Widow in Iron Man 2.

In a recent interview with Vanity Fair, Johansson reveals that her biggest challenge during Iron Man 2 was having to prepare for serious stunt work for the first time. She was only in her early 20s at the time and admits that, when she was cast as Black Widow, she had “never stepped foot in a gym.” Johansson also notes that, back in the beginning of the MCU, the studio hadn’t worked out how to be most efficient with their action scenes. Due to this, no one knew “what could be handed off to other stunt people and what the actor would practically need to know,” leading the star to have to be prepared for everything. Johansson describes herself as having to make “a massive lifestyle change immediately upon getting cast.” See her full quote below:

That was a humongous moment for me because I was, I don’t know, 23 or 24 when I was cast in Iron Man 2. I had never stepped foot in a gym, and I had five weeks to prepare myself for these huge stunt sequences. Back then when we were doing it, over a decade ago, it was before we kind of figured out how to be most efficient in the process of shooting stunt work—what could be handed off to other stunt people and what the actor would practically need to know. So I was doing these huge choreographed sequences and I had no previous experience with any of that stuff. It was just a massive lifestyle change immediately upon getting cast.

Johansson goes on to state how, when she first began training for Iron Man 2, she didn’t know how to use any of the gym equipment. She attributes much of her successful training for the film to Bobby Strom, who was also training her then-husband Ryan Reynolds. According to Johansson, Strom took her under his wing and helped her to understand what “functional training was,” and she can now claim that fitness is a huge part of her mental wellness.

This, of course, comes as no surprise, given the stunts Johansson has had to participate in over her time in the MCU. It certainly would be hard to stay mentally well if she was not physically prepared for the action required of Black Widow. The work has obviously paid off, as Johansson has taken the ex-assassin from a side character in Iron Man 2 to a fan-favorite in one of the biggest franchises the world has ever seen. While many know that it’s unlikely Black Widow will ever appear in the MCU again after the events of Avengers: Endgame, it has been revealed that Johansson will be returning to the MCU in a producing capacity. This may provide her with new challenges equal to the training she underwent for Iron Man 2. 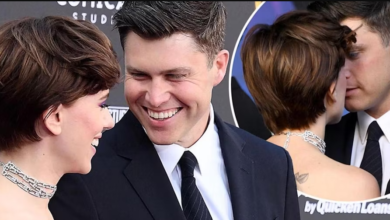 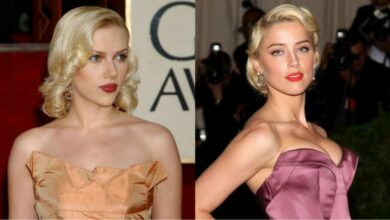 Scarlett Johansson Vs Amber Heard: Who Looks Voguish In The Strapless Satin Dress? 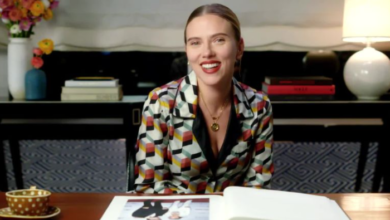 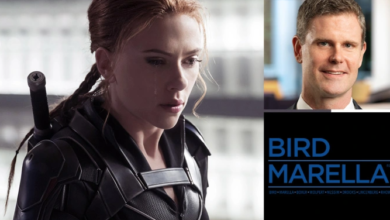