No one saw this twist coming – The Walking Dead’s final villain is none other than Two-Face from Batman… Just like The Walking Dead has done repeatedly throughout season 11, let’s jump back a few weeks to explain. Josh Hamilton’s live-action portrayal of Lance Hornsby is a far cry from the original comics. From a slimy, unlikable politician, The Walking Dead season 11 has morphed Lance into a “fixer” with links to the CIA. And rather than just serving Pamela meekly, live-action Lance is drawing up sinister plans in the background, orchestrating the Commonwealth’s movements to his own advantage. In “Acts of God,” these schemes come to fruition, as Lance officially proclaims Alexandria, Hilltop and Oceanside as his own.

The Walking Dead’s Lance Hornsby is a deceptive, two-faced liar (compared to the comic version, who was, er… one-faced?) On the outside, there’s the smiling Commonwealth rep, extending a friendly hand, making cheesy infomercials, and ensuring Pamela Milton drinks the very finest wine at her social gatherings. Underneath that facade is the real Lance – a conniving, unhinged strategist who thinks nothing of killing those who block his path. Many TV villains hide behind a smiling alter ego; that doesn’t necessarily make them comparable to DC’s Two-Face. The Walking Dead season 11, however, has now given Lance every defining trait of the great Harvey Dent.

Flipping a coin is Two-Face’s most famous habit, both in the Batman comics, and his cinematic incarnations. The Walking Dead adopted this element for Lance Hornsby back in season 11’s “The Lucky Ones,” with the Commonwealth deputy tossing his gold-plated nickel while revealing to Maggie how this “lucky coin” was a gift from his father. Just as the Batman villain determines a victim’s fate on the outcome of a coin flip, The Walking Dead’s “Acts of God” shows Lance dividing his troops via the same luck-based method. While Lance’s coin might’ve pricked the ears of Batman fans, any connection to Two-Face was still fairly loose… but that was before The Walking Dead’s last-ever mid-season finale took the bold step of scarring Lance down one side of his perfectly-symmetrical face.

In a climactic confrontation, Daryl Dixon shoots Lance Hornsby, but a pane of glass deflects the bullet to prevent a direct head-shot. Instead, the bullet rips a jagged, angry tear through Lance’s left cheek, leaving him wounded and bloody. When Josh Hamilton’s villain is later shown subjugating the folks of Oceanside, there’s a chunky scar upon one side of his face, indicating Daryl’s attack left a permanent mark. This contribution to Lance’s visage completes his Two-Face transition. Though the 50/50 split isn’t as defined as Harvey Dent’s (who had the entire left half of his face melted by acid/fire), Lance’s one-sided injury adds the final, most important piece of his Two-Face puzzle – physical representation of an inner duality.

For a relatively grounded TV series like The Walking Dead, recreating a DC supervillain so blatantly is a strange direction, especially with Lance Hornsby now established as season 11’s final main villain. Lance’s lucky coin worked as a subtle allusion to Bruce Wayne’s least-favorite lawyer, but the facial injury on top feels a little too on-the-nose. The Walking Dead’s Two-Face tribute act is as strikingly odd as it is wholly unnecessary. Season 11’s second block successfully transformed Lance Hornsby into a worthy zombie apocalypse antagonist, and Josh Hamilton’s unnerving performance sold his character’s rise to main villain-dom perfectly. Lance didn’t need a Batman cosplay to be more intimidating or scary – he was doing perfectly fine just being his creepy, manipulative self.

Whether The Walking Dead will double-down on Lance as a scarred, coin-flipping baddie when season 11 returns remains to be seen. The Two-Face-isms may amount to nothing more than a cute Easter egg for that single Oceanside scene at the end of “Acts of God.” Just as Harvey Dent’s physical injuries coaxed out his dark side, however, maybe Lance will finally embrace his evil half in The Walking Dead’s final episodes. 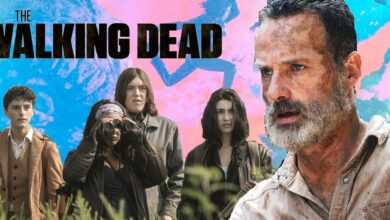 The Walking Dead: World Beyond Is a Prequel… to What? 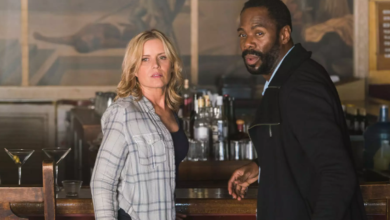 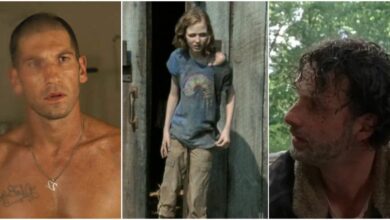 The Walking Dead: 6 Things That Don’t Really Hold Up Anymore 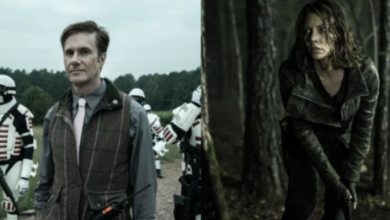 The Walking Dead: 10 Best Moments In Season 11, According To Reddit