What happens when we die? It is the one question that no human being can conclusively or convincingly answer. For those who have tasted the best that the world has to offer, it stands to reason that the thought of what comes next might be more pressing to them than it is the ordinary man or woman.

It is not surprising, then, that existential conversations will often pop up amongst Hollywood stars, who have already arrived at the top of the world in terms of fame and riches. Tom Cruise, as an example, is often criticized for his involvement with Scientology, and the consequences that that has had on people around him.

Michelle Pfeiffer, Madonna and even the legendary Prince are among celebrities who joined odd religious sects as part of their own quest to find enlightenment. It was very refreshing, therefore, when The Matrix and John Wick star Keanu Reeves gave a very simple answer after The Late Show host Stephen Colbert asked him what he thinks happens when we die. “I know that the ones who love us will miss us,” was his precise, heart-wrenching response.

The conversation between Keanu and Colbert happened in May 2019, as the actor was promoting his John Wick: Chapter 3 – Parabellum. At the same time, a third film for his Bill & Ted movie series was then in the works. The story was one of Keanu’s very first big screen gigs, with his and Alex Winter’s Bill & Ted’s Excellent Adventure coming only three years into his career in 1989.

The movie follows Keanu as Ted and Winter as Bill, two high school students destined to form a band, whose music eventually becomes the inspiration for a perfectly balanced human society. With the help of Rufus, a time traveler from 2688, they traverse across time themselves and bring back significant historical figures to 1988, who help them to complete a history project in school.

A sequel – Bill & Ted’s Bogus Journey – was released in 1991, about a future villain who sends two evil robot duplicates of the pair to kill and replace them. Bill & Ted Face The Music was scheduled to premiere in 2020. The story would find the two world saviors’ lives spiraling, and consequently threatening to bring an end to all sentient life.

After talking extensively about a whole host of John Wick topics, Colbert finally brought up Bill & Ted, and asked Keanu what fans could expect from the new film. “Right now it’s called Bill & Ted Face The Music. And we’re finding them however many years later, I think it’s over 25,” the actor explained. “And they were supposed to write the song that was supposed to unite the world and bring peace and everything, but they haven’t. And so what has that done to them?”

The stakes were a lot higher in the third film, as the two struggling protagonists realized that it was not just their earth at stake if they didn’t write the prophesized song of unity, but the entire universe. “The future comes down and says, ‘Well, no. You not really just have to save the world, you have to save the universe,” Keanu continued. “And you have to write the song in like 80 minutes. Because we haven’t written the song in over 25 years.”

It was at this point as they discussed the imaginary end of the world in the then-upcoming movie that Colbert posed the question about what Keanu thought happens when we die. The depth of his otherwise succinct response brought a contemplative hush from the audience. Even the host himself was at a loss for words, and simply shook his guest’s hand as the interview came to a close. Reeves simply stated, when we pass, “those that love us will miss us.”

Keanu has in fact always been quite philosophical when it came to issues of human existence, faith and religion. In a previous interview with The Daily Beast, the topic of Bill & Ted and time travel came up once again. This time, he was asked where he would go to if he had the opportunity to travel time in real life.

“OK, so let’s just start with some mysteries,” he said. “Let’s find out about the Jesus thing and just hang out there. Let’s just hang out. I’ll just follow him around, like Where’s Waldo. We could solve that one.” When asked if he considered himself a spiritual person, Keanu responded, “I don’t know the spiritual Richter-scale measurement. Do I believe in God, faith, inner faith, the self, passion, and things? Yes, of course! I’m very spiritual.” 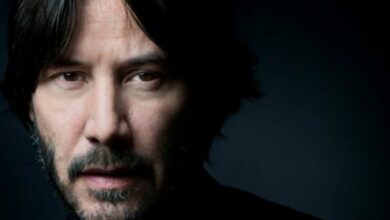 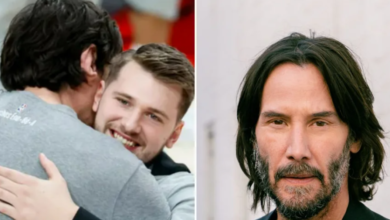 Luka Doncic’s Teammate, Who Was Also a Hollywood Star, Once Confidently Claimed He Would “Kick Keanu Reeves’ A**” in Real Life 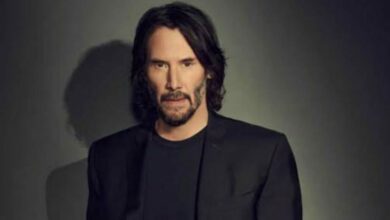 Keanu Reeves Is The Kindest Soul In Hollywood, Here Are 5 Things That Prove It 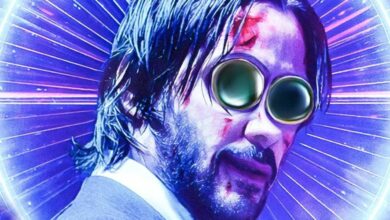