With 70 million followers on Instagram and a net worth of $29 million, Gigi Hadid has cemented her place as one of the world’s most popular supermodels and A-list fashionistas. Having worked with several major designers, from Chanel on the 2020 campaign to Marc Jacobs, Hadid has also evolved into a certified fashion designer herself, working with Tommy Hilfiger to release a racing-inspired collection. She’s also a mother to one-year-old Khai Hadid Malik, whom she shares with boyfriend and former One Direction star Zayn Malik.

But behind her iconic career and thriving family life, Gigi Hadid silently battles an autoimmune disease that she was diagnosed with not long after becoming a model. Though Hadid continues to put in 100% to nourishing her job and her family, her health issues have impacted many areas of her life, from her weight to her energy levels. Keep reading for the truth behind Gigi Hadid’s health issues.

In December of 2016, Gigi Hadid revealed that she had been diagnosed with Hashimoto’s Disease, an autoimmune disease where the body attacks its own thyroid gland, resulting in the thyroid being underactive. The diagnosis came after Hadid had moved to New York from her native California to be a full-time supermodel, just prior to her meteroic rise to fame.

According to Business Insider, Hashimoto’s Disease often takes years to progress, eventually reaching the point where the thyroid stops working altogether. Hadid was diagnosed relatively early in her life, as most people with the condition aren’t diagnosed until they reach middle-age.

The supermodel started experiencing symptoms early in her life, when she was still in high school. In an interview with Elle, she revealed that she had a lot of water retention in her teens, and even after she worked out, she “had a bloat that wouldn’t go away” (via W Magazine).

The Effects on Her Body

The most important thing that fans should know about Hadid’s Hashimoto’s Disease diagnosis is the effect that the ailment has on her body. The underactive thyroid gland results in several unpleasant symptoms that Hadid has to live with on a daily basis.

Along with bloating and water retention, Hashimoto’s can also cause tiredness and fatigue, hair loss, brittle nails, pale skin, increased sensitivity to the cold, swelling of the tongue, a puffy face, muscle aches, joint pain, and long, heavy periods.

The disease can also cause digestive issues, such as constipation and unexplained weight gain, as well as those that affect cognitive function and mental health, such as depression and memory lapse.

The Medication She Takes

Thankfully, modern medicine has come up with treatment plans for Hashimoto’s Disease. Around the age of 17, Hadid was prescribed medication for the disease, and has opened up about the repercussions.

“As a 17- and 18-year-old, I was prescribed a medication that many people start taking when they are 50, and it can lead to bad things if you take it for too long,” she revealed (via W Magazine).

The supermodel has also opened up about including holistic healing and alternative medicine in her treatment plan. She revealed that she went to “see a doctor for CBD treatments” in California (via W Magazine).

While it’s not known how much alternative medicine she is including in her plan on an ongoing basis, Hadid also announced on Twitter that she was part of a holistic medical trial that helped her thyroid levels to balance out (via Well and Good).

Hitting Back at Body Shamers

As one of the symptoms of Hashimoto’s Disease is fluctuating weight gain and loss, Hadid has been the target for online bullies and body-shamers relentlessly attacking the way she looks.

Back in 2018, the now-mother-of-one took to Twitter to open up about her struggle with the disease and shut down body critics by explaining the reasons behind her changing weight (not that she should have had to): “Those of you who called me ‘too big for the industry’ were seeing inflammation [and] water retention due to [her diagnosis].

“I may be ‘too skinny’ for [you], honestly this skinny isn’t what I want to be, but I feel healthier internally and am still learning and growing with my body every day, as everyone is.”

Lyme Disease in the Hadid Family

Though Gigi Hadid has her own health issues to worry about, she is the only member of her immediate family (excluding her father Mohammed Hadid) who does not suffer from Lyme Disease.

In a conversation with Elle, Hadid revealed that it’s been difficult to watch her family suffer from Lyme Disease, which is a tick-borne disease caused by the bacteria Borrelia burgdorferi. She admitted to feeling guilty over not understanding what her mother Yolanda and siblings Bella and Anwar went through: “It’s hard when your whole family is in pain and you don’t know what to do” (via W Magazine). 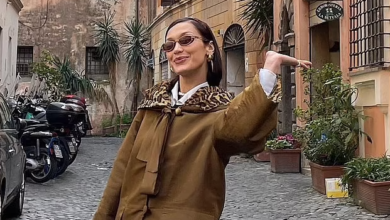 ‘3 countries in 4 days’: Bella Hadid looks radiant in front of the Eiffel Tower after suffering an ‘unfortunate’ ice cream incident in Rome 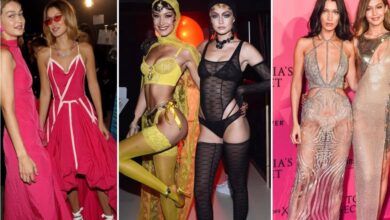 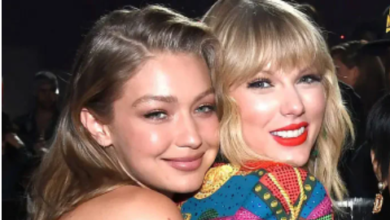 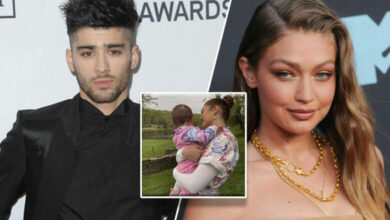