Scarlett Johansson is considered one of Hollywood’s most stunning stars.

But the Black Widow actress told InStyle magazine this week that she has her share of issues.

The blonde beauty, who is married to SNL’s Colin Jost, revealed that she has ‘problem skin’ and that is one of the reasons she launched her own beauty line, which is named The Outset.

The Match Point actress wanted products that cleared up her face.

‘I realized that I was putting a lot of really harmful things on my face — [things that were] harmful for myself and the planet,’ she said.

Her brand is free of fragrances, parabens, sulfates, phthalates, and both gluten and nut allergens.

‘It’s how we ended up with the hyaluroset complex that’s in all our products,’ the Horse Whisperer actress explained.

Scarlett used to be the face of L’Oréal Paris and Dolce & Gabbana. But then she decided to go out on her own.

‘It just no longer felt desirable to represent other people’s beauty ideals,’ she said.

‘I had a better sense of self and confident in my point of view in this space. [The decision] mirrored my acting career in the sense that I wanted to take charge of my own career in a way.’

It has been a lot of work launching her own line ‘but it’s been an incredible journey having a startup — I feel like I got my MBA,’ she shared.

The entire line retails for less than $55.

She also shared that Jost likes the night cream.

‘He’s the first partner I’ve ever had that uses an eye cream,’ she said. She and Jost welcomed their first child, Cosmo, in August 2021, and her daughter, Rose, is seven-years-old. 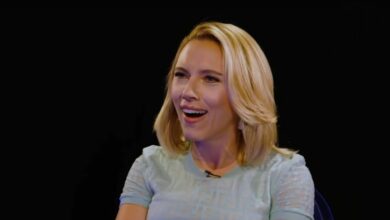 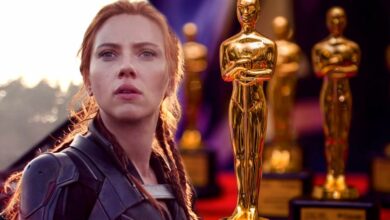 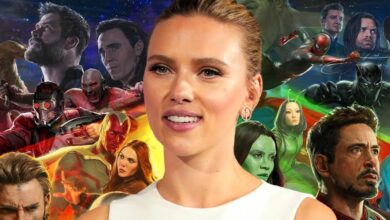