The Walking Dead’s resistance against the Commonwealth has finally begun… but what does the rebellion actually want? Until now, The Walking Dead has shown two ways of communal living – a society-based structure like Alexandria and the Kingdom, or violent dictatorships such as the Sanctuary and Alpha’s Whisperers. The Commonwealth occupies a weird middle ground. On one hand, citizens needn’t be scared of getting their faces burned with an iron, or being subjected to horrific assaults with the leader’s blessing. Wherever your social standing is under Pamela Milton, it’s still better than having Negan or Alpha in charge. On the other hand, all is not groovy inside the Commonwealth – a land where elitism is rising from the dead.

The Walking Dead season 11’s “New Haunts” confirms the suspicions of many by revealing an underground resistance within the Commonwealth. Tyler is a disgruntled ex-soldier fired from his role as a Commonwealth soldier and struggling to provide for his family after a single, Princess-themed mistake. Ignored by Pamela Milton, Tyler makes a scene at the Halloween masquerade ball, then promises there are hundreds like him. That’s no empty threat, as subsequent raids turn up secret resistance bases full of protest materials.

While we now know a Commonwealth resistance movement exists, the group’s goals and demands remain vague at this point in The Walking Dead season 11. “Equality” is the buzzword, but what exactly does equality mean for these rebels? Do they want the Milton family to step down? Does the resistance seek to play party-pooper to the Commonwealth’s lavish festivities? A manifesto is yet to be published, but The Walking Dead has already provided useful hints regarding the resistance’s aims. Firstly, we can assume the disgruntled underground would rather push Pamela Milton toward change than push Pamela Milton herself. Tyler doesn’t infiltrate the masquerade ball looking for a fight, he just needed to get close enough to Pamela for his complaint to be heard. If Tyler represents the ethos of the broader resistance, they’re looking to inspire change, not revolution… for now.

The Walking Dead’s Commonwealth resistance appears to have two main gripes with how Milton is running the show. For starters, there’s an unsettling lack of social mobility within the community. A citizen’s standing seems to be decided as soon as they walk through the Commonwealth’s gate, never to be altered. Those who held “prestigious” or highly-coveted roles before the apocalypse get luxury; everyone else gets the bare minimum. One of the best demonstrations comes via a throwaway line to Magna in the kitchen, where a fellow worker says, “My kids don’t even know what mango is.” Magna suggests maybe it’ll happen someday, but the woman laughs back, replying, “My kids? Not any time soon.” Their exchange highlights how the Commonwealth’s problem isn’t merely some folks earning more than others, but a systematic, inescapable poverty that favors those who held money and status in the old world. This is one issue the resistance will definitely want to change.

The second gripe, as highlighted by Tyler, is the sheer gulf between top and bottom in The Walking Dead’s Commonwealth. The soldier is clearly willing to work, but reveals how one mistake with a prisoner resulted in the loss of his home and “spending card,” throwing himself, his sister, and his children into poverty. Meanwhile, Pamela Milton is fussing over red wine quality. If every member of the Commonwealth had a roof over their heads and food in their bellies, few would much care about Pamela’s parties, and there’d be no resistance movement. Instead, people are desperate enough to form a rebellion and go grabbing steak knives. The resistance movement will surely demand that all Commonwealth citizens are given a basic level of support – something it can clearly afford, given what’s going on at the very top.

Perhaps the more pressing question is how far the Commonwealth resistance is willing to go to achieve these aims. If Tyler is any indication, violence is very much on the table, if only as a last resort. Another option is to down tools and go on strike – showing the Commonwealth’s leadership how indispensable “unskilled” workers actually are. Either way, the rebels will surely be buoyed by stories of Alexandria – a settlement where everyone contributes as best they can, and everyone gets an equal share. 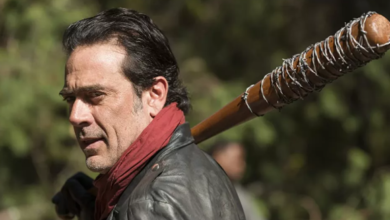 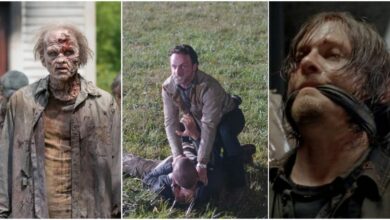 The Walking Dead: 5 Important Elements That Were Lost By The End Of The Series (& 5 That Stayed) 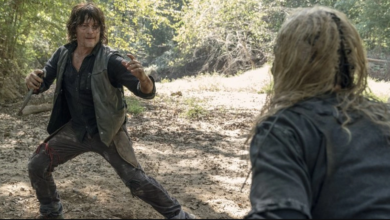 The Walking Dead: Every Episode Of Season 11A, Ranked According To IMDb