You read that right — Ryan Reynolds was married to Scarlett Johansson. Some fans don’t even know about it, but we can’t blame them. After all, it’s hard to imagine Reynolds without his troll-some marriage to Blake Lively. Also, Saturday Night Live star Colin Jost has already “baby-trapped” Scarjo.

However, that’s not the actual reason fans have forgotten about the Marvel Cinematic Universe stars’ past romance. The ex-couple was just super private about their relationship. But years after their divorce, the Black Widow star hinted at what ended her marriage to the Deadpool actor. Now we get why they reportedly refuse to work together…

The pair started publicly dating in April 2007, two months after Reynolds and then-fiancé Alanis Morissette called it quits. They’d been dating for almost five years at that time. A year later, a source told E! News that he and Johansson had been engaged “for a little while” but kept it under wraps because “they want to keep things private.” In September 2008, they tied the knot in an intimate ceremony on Vancouver Island.

I suddenly remembered the fact that Scarlett Johansson and Ryan Reynolds used to be married??? pic.twitter.com/1cEaJrcPdg&mdash; melique (@n0toriousangel) May 3, 2019

“I never thought that I’d be planning my wedding in a dark alley somewhere,” Johansson told David Letterman of how they kept the wedding away from the press. “But it turned out that way. It was really quite secretive and I felt like I was doing a drug deal without all the fun… I got married in a very remote part of Canada. There were bears and whales and eagle.”

A year later, the two both signed in their respective superhero movies. Johansson was cast in Iron Man 2 in March 2009. Four months later, Reynolds got the lead role in DC‘s Green Lantern where he met Lively. On her September 2009 Glamour cover, Johansson opened up about her marriage to Reynolds. “I never really thought about getting married — it just kind of happened,” she said. “You hope that the relationship makes you better, that you learn things about yourself.”

In December 2009, Johansson told Time Out New York that she and Reynolds hadn’t been going on dates due to their busy schedules. “We have no time for dates. We work and then go home and I, anyway, just stare at the wall for a few hours before I go to sleep,” she shared. “Like in any profession, it’s difficult. You want to make sure you have time to invest in your family. It’s a challenge, but it’s worth it.”

When 2010 started, the two were living separately due to work. The Lucy star had her nightly Broadway performance in A View From the Bridge while the Free Guy actor was shooting Green Lantern in New Orleans. 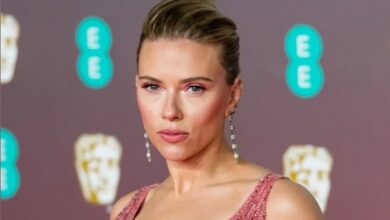 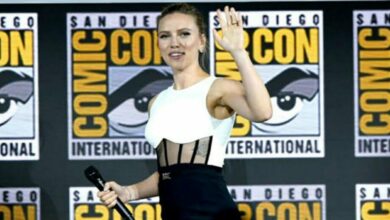 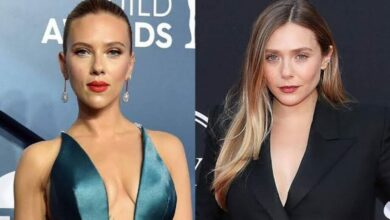 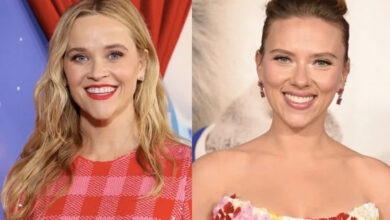