The popular 1999 movie The Matrix has definitely had a huge impact on popular culture. Keanu Reeves has become a celebrated actor and people constantly makes references to the movie when talking about something that is wild, intense, and confusing. But while there’s a lot to unpack in this thrilling science-fiction story, Keanu Reeves starred in another movie that is honestly just as fascinating… because it just doesn’t make any sense.

The Lake House was released in 2006 and while it has an all-star cast, starring Keanu Reeves, Sandra Bullock, and the late Christopher Plummer, the movie doesn’t work very well. From a strange timeline to many unrealistic moments, there are many reasons why The Lake House is a totally confusing romance.

The premise of The Lake House asks audiences to understand the time travel rules immediately. But unlike many horror movies about time travel, this one doesn’t make any sense. Alex Wyler (Reeves) and Kate Forster (Bullock) live in the same beautiful and calm lake house but two years apart. Alex lives there in 2004 and Kate lives there in 2006. They start writing letters to each other and putting them in the mailbox.

While this is cute and romantic, how can this happen? When Alex and Kate attempt to meet each other in person, Alex isn’t there, and Kate thinks that she should try to forget about this potential love story. But this doesn’t work, either, because it still doesn’t make sense that they would be able to see each other IRL when they are existing in different time periods. Audiences don’t really think that Alex can come to this meeting because he’s in 2004 and Kate is in 2006. The movie doesn’t make a case for why they can meet up.

The Lake House centers around an accident in Daley Plaza that Kate sees and she learns later that Alex was involved in this accident and he died. This is the movie’s explanation for why Alex couldn’t be there when he and Kate attempted to meet each other. This is when the movie really gets weird and confusing, though, because Kate tells Alex that if he sits tight for two years and then visits the lake house in 2006, she will be there and they can finally be together.

Audiences see this happen when Alex drives up, gets out of his truck, and he and Kate are thrilled to be with each other. But how? What actually allows Alex to do this? Because the movie doesn’t give audiences enough to grasp what’s going on, it’s impossible to root for this reunion. While Sandra Bullock has been great in many films, it’s tough to consider The Lake House one of her best.

The movie doesn’t have any explanations of magic or the supernatural, so when Alex is able to stop himself from dying so he can be with Kate, it doesn’t feel satisfying because it doesn’t seem to work. There are many movies using The Butterfly Effect idea that if someone changes something while they’re time traveling, then they will alter something else. That doesn’t appear to happen here, which seems like a mistake. People who have seen many sci-fi thrillers that use time travel will end up frustrated, wondering why there isn’t more explanation.

Another major problem with The Lake House is that while it’s supposed to be incredibly romantic that Alex and Kate have found each other this way, it’s hard to focus on the love story when the movie is so confusing. The actors give the performances their all and they’re great as usual, but why do they really feel a connection with each other? Because they live in the same house? Because they like the romantic vibe of writing old-fashioned love letters? Both Alex and Kate seem to just accept what’s happening to them when they should find it more creepy than romantic. It’s odd that they both believe in this so much instead of questioning how this can be possible. Because Kate is a doctor and Alex is an architect, it seems like they are both logical and practical people, and yet they lean into the time travel premise right away.

Unlike a smart time travel film like Looper, The Lake House is bland and never stops being confusing. While sometimes a dense thriller or complex horror movie can be hard to understand the first time around, it often gets easier upon the second viewing, but that might not happen here as there just isn’t enough to work with. Two incredibly talented actors can’t help how confusing and strange The Lake House is, and while a romantic thriller is a fun genre mashup, there isn’t much to love here.

How Much Of Keanu Reeves’ Net Worth Has He Donated To Charity? 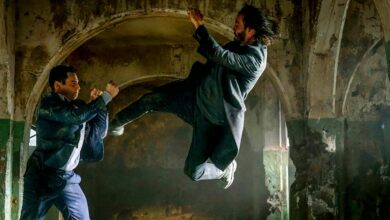 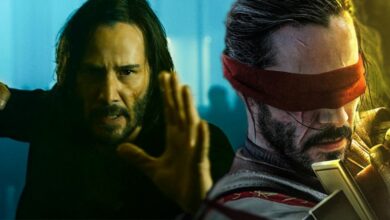 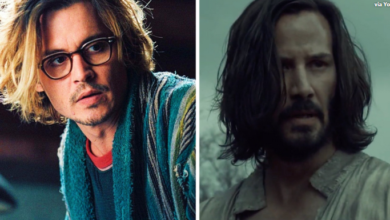 What Does Keanu Reeves Think Of Johnny Depp?