When costume designer Paco Delgado was creating Gal Gadot’s look as the heiress Linnet Ridgeway Doyle in Kenneth Branagh’s “Death on the Nile,” he played with the concept of wealth touched by vulnerability.

Branagh assembled an all-star cast, including Annette Bening, Russell Brand, Armie Hammer, Rose Leslie, Sophie Okonedo and Letitia Wright, for his retelling of the Agatha Christie murder mystery among a group of friends joining Linnet and Simon Doyle (Hammer) on their honeymoon in 1930s Egypt.

At the center of the film is Linnet, a woman who on the surface has everything. She’s powerful, but Delgado says she’s insecure. “She’s surrounded by people who constantly criticize her, and she feels everyone wants to take her money.

I wanted to show fragility through her costume,” he says. He incorporated soft, pale colors and flowing silks into Linnet’s wardrobe. Early in the film, just before a murder occurs, the group makes a stop at the temple of Abu Simbel. While the other characters are dressed in suitable sightseeing attire such as linen and sun hats, Delgado puts Linnet in a flowing off-white silk dress. “That’s who she was, and what she would wear. The only thing that could happen to that is that it would get caught on a rock and tear.”

Hair designer Wakana Yoshihara complemented Linnet’s costumes with styles reflecting vintage glamour, such as that of heiress Barbara Hutton. “I kept [Linnet] as an elegant trendsetter,” explains Yoshihara. “She was moving towards 1940s looks and had the longest hair of the cast — she was ahead of her time.”

Equally pivotal to the story is the stolen jewel that is tied to the murder that takes place within the film.

In Christie’s novel, a strand of pearls is stolen. Branagh upped the game, subbing in Tiffany’s famous 128.54-carat yellow diamond. While the real diamond isn’t used in the film (imagine the security risk!), the company re-created the showstopping stone for Gadot in a necklace that Simon gifts his new wife — as well as providing jewelry for the other characters. Delgado credits Branagh with helping to secure the company’s participation. “That’s all Ken,” he says. 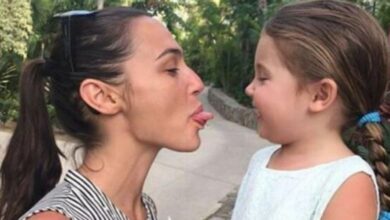 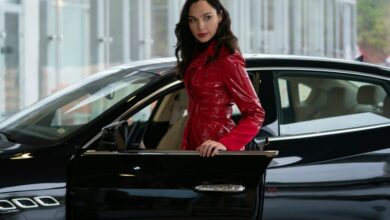 A lot of fun to be bad: Gal Gadot on trading in Wonder Woman boots to be villain on Netflix’s Red Notice 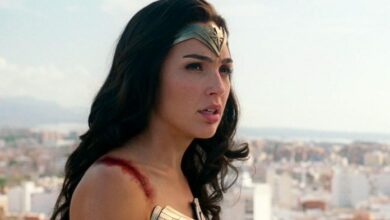