At one point Bella and Gigi wore similar black gowns. The designs were complementary to each other, with them having similar cuts and stitching on opposite sides.

Bella also wore a cream-colored suit with a plunging neckline and some knee-length boots.

Michael Kors’ runway show was packed with veteran models, including Emily Ratajkowski and Irina Shayk, who looked striking in a variety of outfits. The show included a performance from Miguel, who sang while the models presented the season’s outfits.

In conversation with Vogue, Michael Kors explained that this season’s looks were inspired by monochrome looks, the ‘90s, and the aftermath of tragic events. “I was thinking about those models of the early 90s that we fell in love with who had such confidence and such strength. After 9/11, they said no one would ever live downtown again, but then we saw this incredible explosion of glamour return, and I thought of those models,” said Kors. ”This show is a love letter to that kind of energy and strutting yourself on the streets looking great wherever you go. You don’t have to be a size zero or 22 years old.“

The event was one of the most elegant and entertaining of Fashion Week, attended by A-listers like Blake Lively, Camila Mendes, Olivia Culpo, Brooke Shields, Dove Cameron, and more.

Bella Hadid has had a years-long partnership with Michael Kors. She has modeled his brand for years and she starred in his Fall 2021 campaign.

During this past month, Bella and Gigi faced a family tragedy with the death of their aunt Ghada, who passed away following COVID-19 complications. “May our auntie Ghada rest in peace. I will never forget her sparkling eyes and smile,” wrote Gigi. 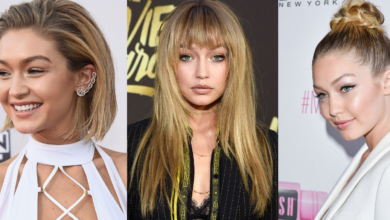 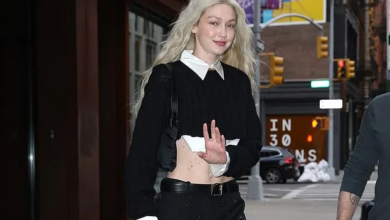 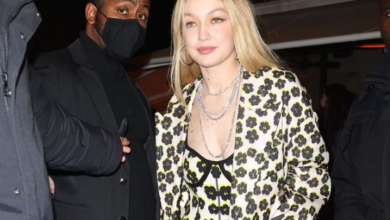 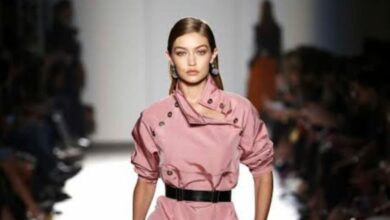 Gigi Hadid’s Best Runway Moments We Loved The Most