Michael Kors revealed his Fall 2022 collection with the help of some famous faces this New York Fashion Week.

Gigi, 26, modeled a sleek, glittery black gown with a high slit and asymmetrical shoulders, while her sister Bella, 25, wore a low-cut white dress paired with a bold belt and matching knee-high boots. In a second look, she also modeled during the show, Bella wore a shimmering black dress with a side cut-out and a high slit.

Shayk, 36, walked the runway in a metallic silver trench coat and gray heels, and Ratajkowski, 30, wore a cheetah print coat, black turtleneck and cheetah heels, and carried a large black handbag down the runway with her.

Kors, 62, shared the inspiration behind his latest collection in a taped press conference for the foreign press, which was reported by Fashion Network. Kors said of his design process, “I was thinking about resilience, confidence, strength and stepping out and strutting your stuff.”

The designer added that he was thinking specifically of events like the AIDS crisis, 9/11 and the COVID-19 pandemic.

He explained, “I was thinking about those models of the early 90s that we fell in love with who had such confidence and such strength. After 9/11, they said no one would ever live downtown again, but then we saw this incredible explosion of glamour return, and I thought of those models.”

Kors added, “This show is a love letter to that kind of energy and strutting yourself on the streets looking great wherever you go. You don’t have to be a size zero or 22 years old.”

Bella has strong ties to Kors; she has modeled for his brand for years, and recently starred in Kors’ Fall 2021 campaign.

In 2020, Bella teamed up with Kors to launch her own Macy’s pop-up, “MK Edited by Bella.” The pop-up included some of the model’s favorite Michael Kors items, including dresses, heels, jewelry and handbags. 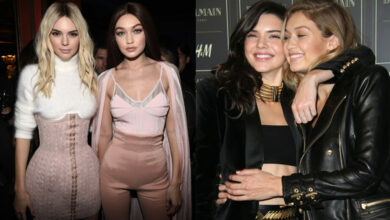 Conquer The World With Jewelry: Take Hints From Kendall Jenner To Gigi Hadid

GIGI HADID TEAMS UP WITH FRANKIES BIKINIS FOR SUMMER-READY COLLECTION 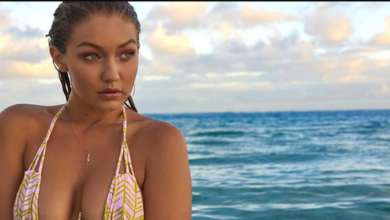 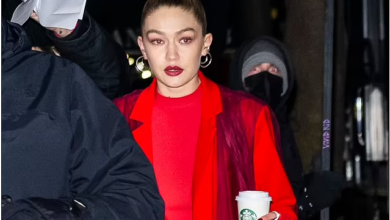