Scarlett Johansson and Colin Jost’s love story is the sweetest.

The award-winning actress and Saturday Night Live star have been linked since 2017, but their first encounter dates back over a decade earlier.

Whether they’re sharing the screen together (including their recent Super Bowl commercial), engaging in adorable PDA, or gracing red carpets in style, the Hollywood power couple has us swooning over their relationship.

It’s been nearly five years since the couple officially made their relationship public, and since then they’ve gotten married and had a baby together. In addition to son Cosmo Jost, Johansson has a daughter named Rose Dorothy Dauriac, whom she shares with ex-husband Romain Dauriac.

From their initial interaction to having their first child together, here’s a look back at Johansson and Jost’s adorable love story.

As it turns out, Johansson and Jost go way back!

In September 2017, the SNL writer opened up about how the pair — who had not yet confirmed that they were dating — first met in 2006.

“The first time she hosted was the first year I was a writer on the show,” Jost revealed. “So, we’ve kind of known each other since then … she’s the best.”

Johansson’s first time hosting the comedy program was in 2006. She went on to host the show five additional times, most recently in December 2019.

Although the couple had known each other for years, they didn’t become romantically linked until May 2017, when the movie star made a special guest appearance on SNL‘s season finale.

After the show, the two shared a warm hug on stage during the customary goodnights and later hit up the afterparty where they were reportedly seen kissing, according to Page Six.

Jost declined to comment on the relationship rumors at the time, telling PEOPLE that he didn’t really listen to talk about his private life. “I don’t really pay attention to it, I just kinda keep doing my life as much as I can. It’s nice to have some time off now and just get to relax.”

Just a month earlier, Johansson had filed for divorce from French journalist Romain Dauriac, with whom she shares daughter Rose Dorothy.

Amid continued dating rumors as the couple was spotted holding hands and sharing a passionate kiss, Jost opened up about his romance with the Marvel star in September 2017.

When asked why Johansson was the one for him, Jost took a second before replying, “She’s pretty cool … it’s hard to have a lot of complaints, she’s pretty awesome.”

That same month, Johansson and her ex-husband finalized their divorce and settled their custody dispute over their daughter.

After months of keeping their romance low-key, the pair made their public debut as a couple at the American Museum of Natural History Gala in New York City in November 2017.

Though they both walked the red carpet separately, the actress was all smiles as the couple posed for photos together inside the soirée.

“They’re very much in love. It’s serious,” a friend of Jost’s told PEOPLE at the time. “They’re both very respectful of each other’s careers and very supportive. They’re super cute together.”

Another source close to the couple echoed similar sentiments, saying, “Scarlett likes to be in love and has not changed a bit in that area, Colin is good for her because she likes smart men, especially writer types. She is a very bright girl and always searching for that perfect match.”

While the actual SNL episode was hosted by Kevin Hart, Johansson made a surprise guest appearance in the cold open as Ivanka Trump, whom she had previously portrayed during a mock ad for a perfume called “Complicit.”

During the goodbye section of the episode, the happy couple wasn’t afraid to show PDA as Jost warmly wrapped his arm around the actress’ shoulder.

Michael Che, Jost’s co-host on SNL‘s “Weekend Update,” also shared a video of the sweet moment on his Instagram story, which featured the couple smiling as they held hands while skating around the rink. “murrrrr xmas!!,” Che wrote alongside the video.

May 2018: Scarlett Johansson and Colin Jost Attend the Met Gala Together

The couple attended the prestigious fashion event dressed to the nines in May 2018. This marked just one of the many events the duo attended together that year.

A month prior, Johansson and Jost made their red carpet debut as a couple at the Avengers: Infinity War premiere, followed by the Emmy Awards in September 2018, which Jost co-hosted with Che.

May 2019: Scarlett Johansson and Colin Jost Get Engaged

After two years of dating (and over a decade of knowing each other), Johansson and Jost got engaged in May 2019. The actress’ publicist Marcel Pariseau confirmed the news to the Associated Press, although no nuptials were planned during the time of the announcement.

A month later, Johansson began wearing an 11-carat engagement ring that’s “estimated to be worth $450,000,” according to Insider.

In December of that year, Johansson hosted SNL for the sixth time, and shared a sweet sentiment about her new fiancé, saying, “This place means so much to me. I have so many friends here and I met the love of my life here,” concluding with an adorable hug and kiss.

Johansson and Jost wed in an intimate ceremony amid the COVID-19 pandemic, keeping it small with close friends and family. The Instagram account for Meals on Wheels America announced the news on Oct. 29, 2020.

“We’re thrilled to break the news that Scarlett Johansson and Colin Jost were married over the weekend in an intimate ceremony with their immediate family and love ones, following COVID-19 safety precautions as directed by the CDC. Their wedding wish is to help make a difference for vulnerable older adults during this difficult time by supporting @mealsonwheelsamerica. Please consider donating to celebrate the happy couple by clicking the link in our bio,” the post read.

Johansson and Jost kept the news that they were expecting fairly low-key, although the comedian briefly mentioned it during one of his SNL skits prior. Jost announced the arrival of their baby on his Instagram account, writing “Ok ok, we had a baby… His name is Cosmo.” 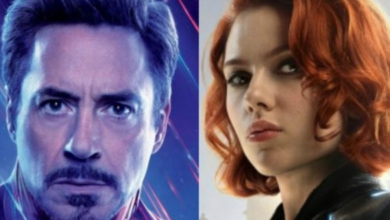 From Robert Downey Jr to Scarlett Johansson; these Marvel superstars’ salaries will make your jaw drop! 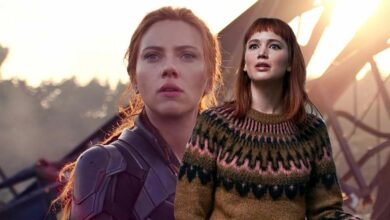 Have You Watched These Hit Movies By Keanu Reeves?